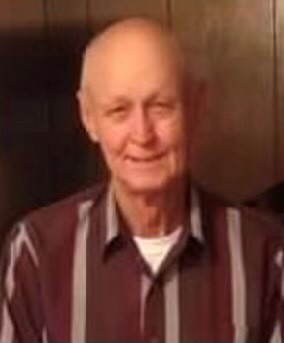 He married Lois Waneta Armstrong on February 4, 1967, and had four children, Don, Brent, Deneta and Melena.

Danny served in the US Navy and was stationed in Norfolk, Va. He worked at Brown Shoe Company, Town and Country Supermarket, and later at the City of Houston as the City Bus Driver where he retired in 2010. Danny was loved by the senior community in Houston and by the Sheltered Workshop employees, and was known as “Dan the Bus Drivin’ Man.” Those who rode the bus kept Danny in an abundant supply of candy. After his retirement, Danny continued to serve the community by working for the City of Houston recycling. He dedicated his retirement life by volunteering at the Houston Senior Center, and served on the Senior Center Board of Trustees.

Danny was a faithful Christian and was a member of the First Freewill Baptist Church in Houston. He taught Sunday School often and read his bible daily. Danny had a heart of gold and was always going the extra mile to help anyone in need. He loved to laugh, dance, and as many of us know, he loved to sing. He was a man of few words but always full of silly songs and is now in Heaven singing with the angels.

Danny’s children miss him dearly and will always remember the good times of eating ice cream, candy, fish and steaks. Danny was passionate about going to the mailbox every day. Sometimes he made two or three trips to the mailbox just to make sure nothing was delivered. He loved his walks and surprisingly found love for his grand dog, Rocky.

He is preceded in death by his father, mother, wife, Lois and son, Don Carter.

Memorials are suggested to Houston Senior Center, 301 S Grand Avenue, Houston, MO, in memory of Danny Carter. Online condolences may be made at www.evansfh.com.

Visitation is Friday, July 16, 2021, from 10 to 11 a.m. at Houston First Free Will Baptist Church, with Services beginning at 11 a.m. with Pastor Danny Delcour officiating. Burial with full military honors will be in Union Cemetery following Service. Services were under the direction of Evans Funeral Home. Pallbearers are Kody Carter, Joshua Carter, Cole Nichols, Aidan Nichols, Lew Lewis and Eddie Cole.