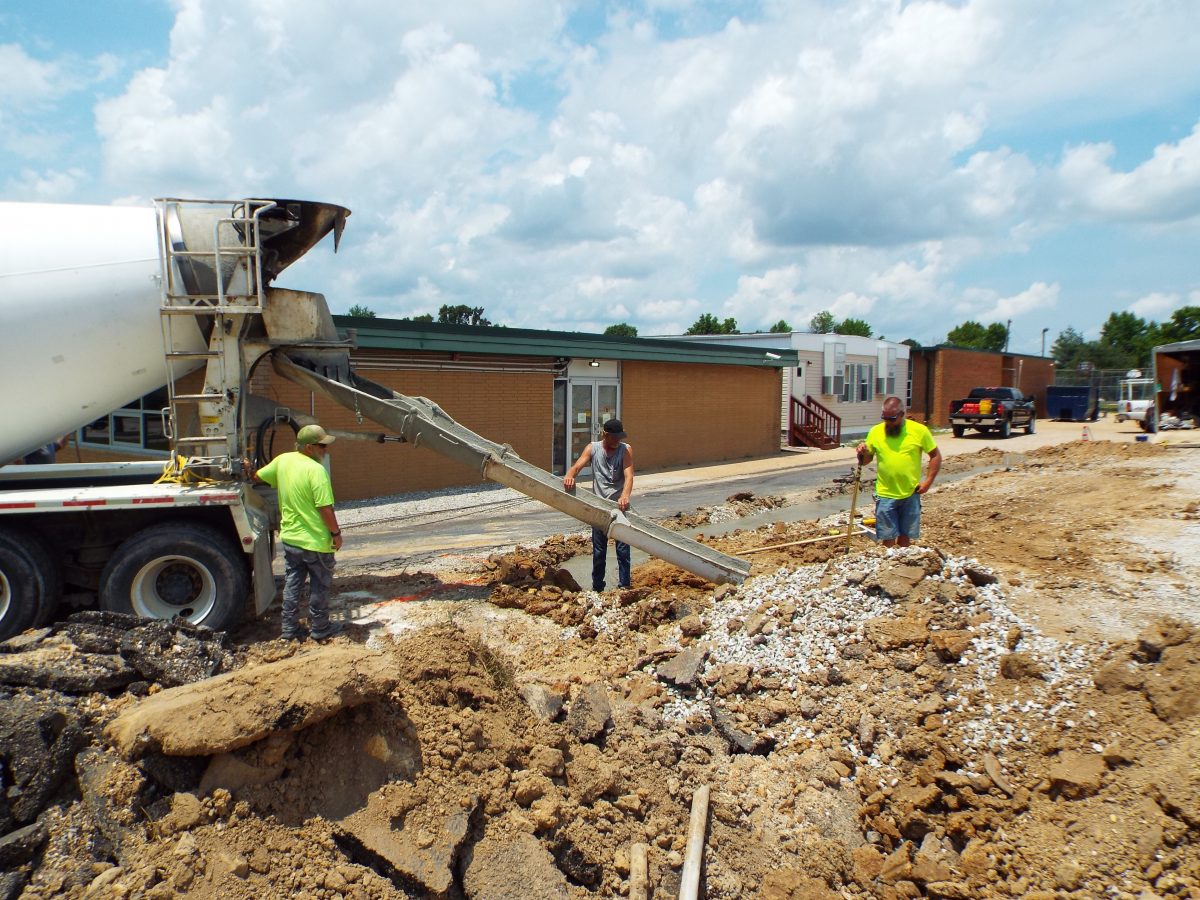 Photo by Christy Porter
ESSER II funds are being used to purchase and set up new modular classrooms. Gray Construction is shown here pouring concrete footers for the new building.

Licking R-VIII School District Superintendent Cristina Wright and the members of the school board held a public forum Monday evening at the FEMA gym to discuss Elementary and Secondary School Emergency Relief (ESSER) III funds and their Safe to Return to In-Person and Continuity of Services Plan (SRCSP). A low audience attendance of twenty-two were present, with many of those being school staff.

Supt. Wright began the meeting discussing how the district has spent the funds received in response to COVID-19, further explaining that each time funds became available to the district, there was no expectation that there would be future funds available. Funds received in the spring of 2020, in an initial response to the virus, included ESSER I funds, CARES Act money and Texas County CARES funds. This, combined with short application periods and limited criteria on expenditures, resulted in the school board making tough decisions on how to spend the funds.

When ESSER II funds were announced in early 2021, the board had a limited time to decide how to spend $1.48 million. It has been a long time goal of the board to replace the elementary mobile classrooms, and costly HVAC repairs were necessary at the secondary campus. Brick and mortar replacement of the classrooms would likely cost in excess of what would be received, incurring more debt for the district. It was decided to purchase permanent modular classrooms, with steel siding, set on a concrete pad with concrete underpinning. The work is well underway on this project, and though the date for completion of the building has been delayed to August 2-9, delivery is expected August 10-18. Administration is hopeful that classes will begin in the new building at the start of the school year, but a Plan B has been prepared. Elementary library renovation and replacement of doors and windows have also been accomplished with the funds.

Future proposals for remaining ESSER II funds include expansion of the elementary cafeteria, further HVAC upgrades, moving the bus barn and expanding parking, and continued purchase of sanitation supplies. These funds must be spent by Sept. 30, 2023, and must be depleted before ESSER III funds can be spent. 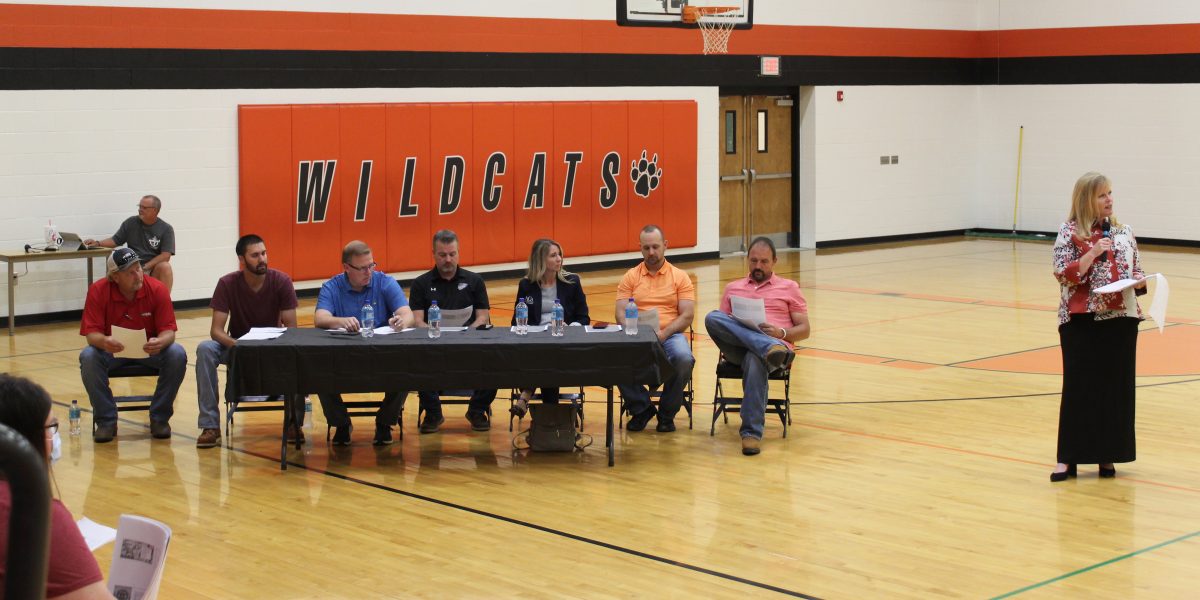 Photo by Shari Harris
Superintendent Cristina Wright and the school board presented their SRCSP and plan for ESSER III fund expenditures to the small group of citizens who attended the public meeting Monday.

ESSER III funds in the amount of $3.25 million are now available, with 20 percent required to be used for instructional programs that supplement student learning following statewide closures. The district is considering before/after school programming, behavioral health personnel, salaries for teaching method coaches, textbooks and electronic assessment tools. Considerations for the remaining 80 percent include building a high school cafeteria on the west side of the Sherman Hill Field House, including extending the foyer and connecting the Field House to the Science Building with a covered walkway. Creating additional parking, improving safety and security measures with fencing and electronic locking mechanisms, and renovating the Field House/locker rooms are other projects being considered.

Suggestions were offered from the small group of citizens attending the meeting. Adding or upgrading kitchen equipment was one recommendation. Covering walkways between buildings on both elementary and secondary campuses was also suggested. The application for funds must be submitted between July 23 and August 23, 2021, so many decisions will be necessary at the next school board meeting, July 19.

Supt. Wright provided a brief review of the first draft of the district’s SRCSP, a fluid plan to continue in-person learning and continuity of services. The plan will be revised every 6 months and is designed to allow it to evolve as the COVID-19 situation evolves. The SRCSP and any subsequent updates will be posted on the district’s Facebook page and website, www.licking.k12.mo.us, and The Licking News. Questions from the public were answered regarding the safety plan.

Citizens were invited to continue to share with the board any suggestions about ESSER III fund expenditures and the SRCSP. The public was also encouraged to attend board meetings, typically held the second Tuesday of the month at 6 p.m., at the boardroom by the Administration Office on the elementary campus. The July school board meeting was delayed a week to allow this meeting to take place, so it will be held July 19, at 6 p.m.