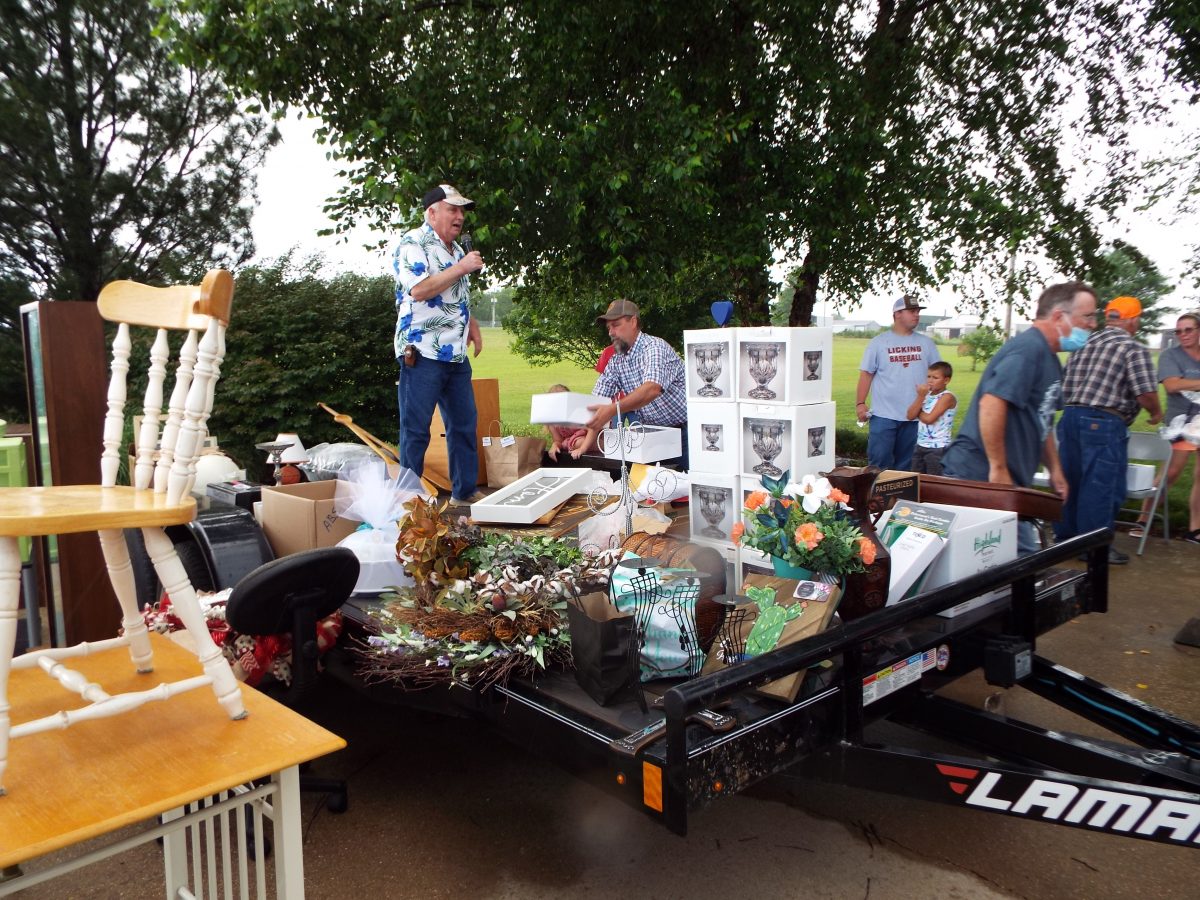 Licking Residential Care hosted a Fish Fry and Auction in their parking area Monday evening. The goal of providing funds to help with activities and Christmas festivities for residents was met very successfully, according to Activities Director Jessica Hildebrand. 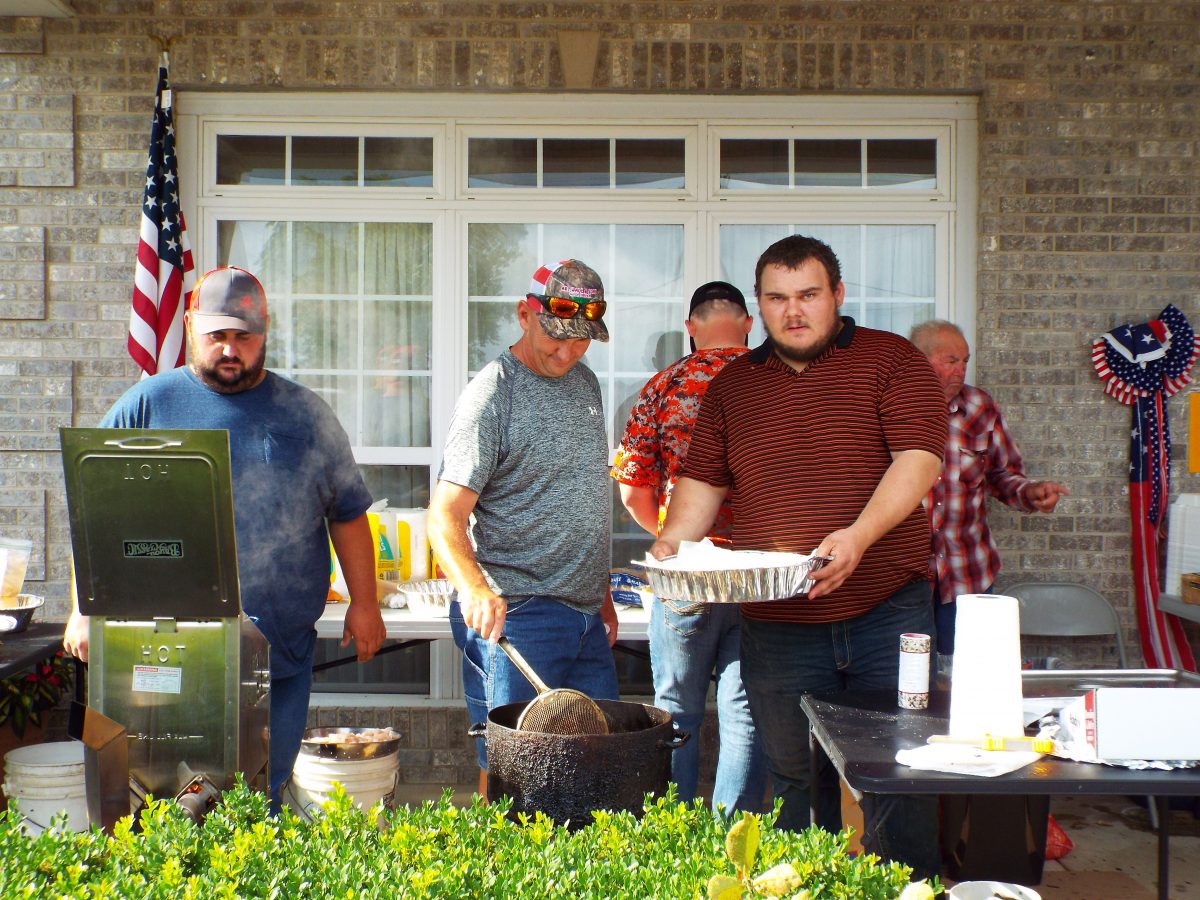 Support from the community was shown by an estimated 150 people purchasing fish dinners with all the accompaniments. Art Wade & Sons Guide Service fried the fish, hushpuppies, and tators and onions to perfection, while Licking Residential Care employees served the meals including desserts and water. With the purchase of the dinner, diners were entered in a gift basket drawing; Syric Chalmers was the winner! 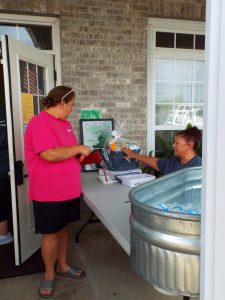 Photo by Christy Porter
Diners were invited to enter the gift basket drawing.

Also attending the event was Rep. Bennie Cook who presented Licking Residential Care with an American and a Missouri State flag for their facility.

It was a fun and productive evening full of food and competition in spite of the intermittent rain showers. 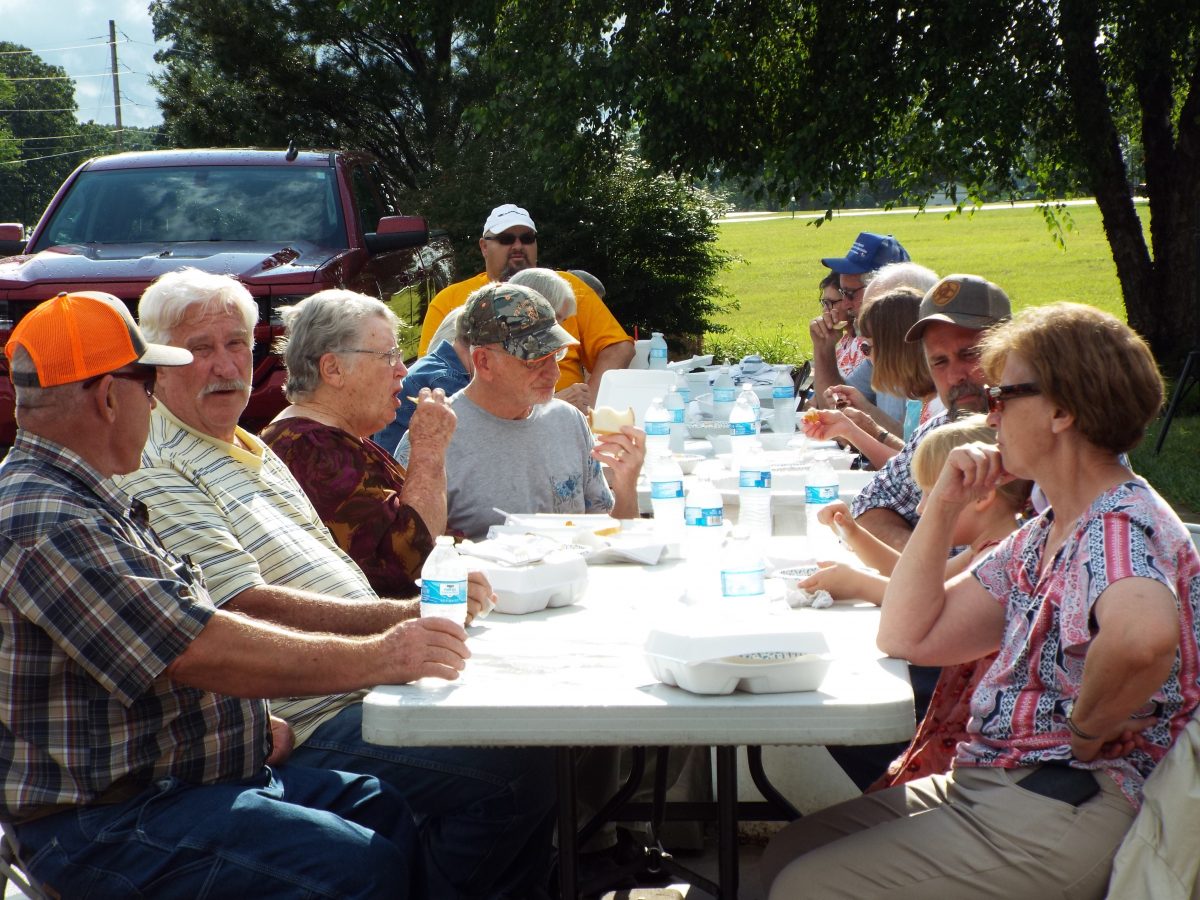 Photos by Christy Porter
Some diners ate at the facility, others purchased carryout. 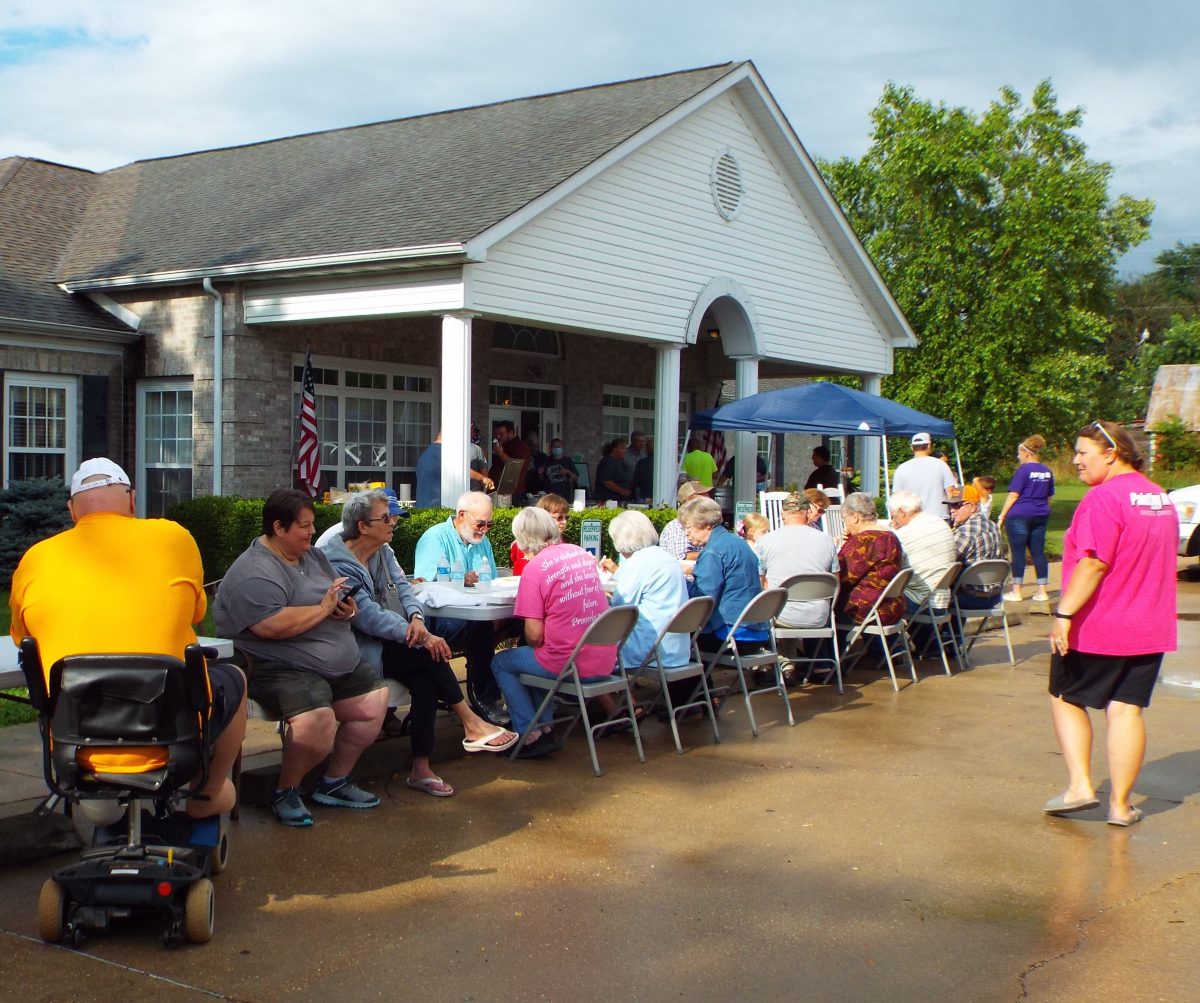