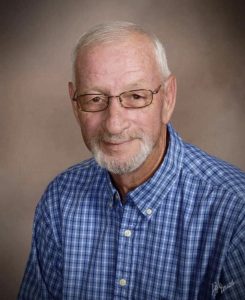 Stanley F. Ritz, son of Walter E. and Marie Ritz, was born February 10, 1948, in Maples, Mo., and was carried home by his heavenly Father on July 10, 2021, at the age of 73 years. His wife, Crystal, held his hand as his soul left this earth and entered his eternal home.

Stanley was saved at a young age. As a boy, he enjoyed time at his grandparents’ farm in Maples, swimming in the spring and fishing in the ponds. After graduation, Stanley joined the Army in 1969. He always had stories for his kids and grandkids of his tour in Germany.

On April 29, 1972, Stanley met the love of his life and they have been together ever since. Stanley married Crystal Satterfield on August 18, 1972. To this union two children were born, Delta Dianne and Stanley Leon.

As a teenager, Stanley worked at Fort Wood for AAFES. He continued his education with AAFES and retired as a manager with them. This career led to several transfers to different states, including McChord Air Force Base and Fort Lewis in Washington State, and Mtn. Home Air Force Base in Idaho. This also gave him the opportunity to show his family many different cultures and travel opportunities.

After returning to Missouri, Stanley couldn’t stay retired. He held many different health care positions, and treated each coworker and employee with the utmost respect. He retired again, from the State of Missouri.

Even after retirement Stanley couldn’t just sit around. He was always working in the yard or gardening; he loved to mow. He always took care of mowing his family’s yards, and went above and beyond for others; he did everything for his family. He took pride in hanging the flags through town on memorials and special occasions. But the most important work he did throughout his life was work that Father God gave him.

Stanley was a very humble servant of the Lord; he never sought attention. He was involved in awesome works for the Lord. No matter your age or health, God still has work for you to do. Stanley was ordained as a Deacon in the late 1970s at Rock Springs Baptist Church and was Sunday School Superintendent there. He also served as a Deacon at Abounding Hope Baptist Church, where he was a charter member. Although he was never officially voted in as a Deacon at Boone Creek Baptist Church, he served in that capacity and loved the people he served. Stanley served many years as Youth Director at Rock Springs Baptist Church, Boone Creek Baptist Church, and Abounding Hope Baptist Church. He taught Sunday School at several churches, even teaching the Sunday before he passed away. He ran the Bus Ministry at Boone Creek where he made friends from the youngest to the elderly and he loved each one he picked up. Stanley was the President of the Corporate Board at Boone Creek at his time of death. He also served on the Security Team; he stood watch while listening to the sermon and handing out mints to whoever walked by. He helped with the sound system when needed and was ready to serve whenever needed. For the last several years, Stanley helped load the church van and take the Boone Creek WMU shopping cart items to the nursing home and helped the residents shop for Christmas gifts for their families. He was always there, ready to help with the Cold Weather Clothing Giveaway at Boone Creek. He greeted people, talked, and always offered a helping hand to anyone that needed help carrying anything; he made sure the kids had plenty of cookies and Kool aid while their parents shopped.

He taught us to do everything as a family. He helped and supported his son-in-law in starting the boys conference called, “No Story No Glory.” When we were asked to do Texas County Baptist Association VBS training, Stanley stepped up and helped. He was always there to do whatever the Lord asked us to do. He was currently helping Crystal get ready for VBS at Boone Creek just days before we lost him. In 2016, his kids came to him and Crystal, saying they wanted to start a camp called G1 God First. Neither of them hesitated; they jumped in along with other brothers and sisters in Christ and started this free camp for teens. Stanley oversaw the kitchen with Crystal at his side. He loved and witnessed to each of the kids that came through that line. And not just as they got their food. He genuinely cared about them and the adults that came to witness to these kids. In the four years of G1 there have been eight salvations; Stanley celebrated each one of those with the kids. The day he passed; Stanley was supposed to take a group of kids from the Texas County Mission Team to do yard work. Before they intubated him, he wanted to call Crystal. She said he was worrying himself sick that no one would get those kids to the work site. That’s how he was, a servant for God, humbly serving, quietly in the background but seeing souls saved. Teaching his children life lessons, adding to his family whether they were blood or not, he loved so many like they were his own.

Stanley is preceded in death by his parents, Walter and Marie Ritz; in-laws, Virgil and Cledis Satterfield; and grandparents, Ben and Clara Ritz and Wilbur and Laura Payne.

He is survived by his wife, Crystal of the home; children, Delta and Dusty Hernandez and Leon and Drema (DeeDee) Ritz, all of Licking; grandchildren, Pegan and Jake Butherus, Arron Tune and Kerri Lewis, Brittany Tune, Autumn Boone, Christopher Hernandez, Dillon Hernandez, and Jordan Ritz; great-grandchildren, Donovan and Eli; sister, Nedra Ritz, whom he loved dearly; aunt, Freida Adey; along with many cousins and many others he took in as family over the years.

After the Lord and his family, Stanley loved the St. Louis Cardinals. He made sure each of the grandkids were given mini baseball gloves when they were born and he enjoyed many family trips to see the St. Louis and Springfield Cardinals. A favorite memory was helping his granddaughter, Britt, throw out the first pitch of a Springfield Cardinals game a few years ago. He supported his grandkids in sports and always watched them online if he couldn’t make it to their games. He loved each one of them just the way God made them. He truly was their biggest fan in whatever they did.

Stanley left his family with many lessons and memories but one we will hold close to our hearts is him getting up extra early every morning to read his bible and have quiet time with the Lord. We pray we serve as our Heavenly Father wants, and we follow the example of how to serve given us by our earthly Husband, Dad, and Grandfather.

Services for Stanley were held on Wednesday, July 21, 2021, at 2 p.m. at Boone Creek Baptist Church. A visitation was held prior to the service from 1:30 -2 p.m. The service was transmitted on the radio at 89.3 FM (could be reached from the church parking lot) and was available for viewing on Facebook live via Boone Creek Baptist Church and Fox Funeral Home Facebook pages. Pallbearers were Ron Wallace, Lonnie Buckner, Alan Quick, Kyle Smith, Brad Richards, and John Godi. Honorary pallbearers were Paul Lawson, Mitch Barwick, Olen Gibson, and Wayne Hackman. Interment followed at Boone Creek Cemetery. In lieu of flowers, the family respectfully asks Gideon Bibles to be purchased; we know he would have wanted God’s Word given to those that do not have access to it. Arrangements entrusted to Fox Funeral Home. Online condolences may be left at www.foxfh.net.