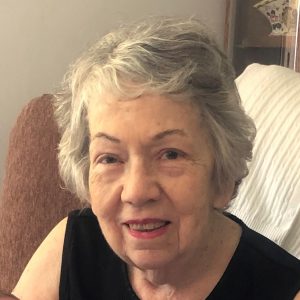 In 1943, W.O. Brown moved his family from Mountain View, Ark., to the “Hartler Property” east of Shipp School house. Patsy attended Shipp School until they moved closer to Licking where she attended school, graduating in 1955.

On January 4, 1958, she married Lloyd Clinton Nelson. They owned a dry cleaner’s in Licking. Later jobs included the Texas County Memorial Hospital and Rawlings Factory, which she retired from to care for Lloyd in their home until his death in August 2004. In 2012, she married Willard Zane Caviness. Zane was a blessing to her and all of the family, lovingly caring for her until her death.

Patsy loved children. She enjoyed her 15 years as a volunteer at Sonshine & Rainbow Day School. She and Zane felt privileged to care for their great-granddaughter Joselyn when she was young. She also loved animals and provided a home and care for many cats and dogs throughout her life. Gracie and Babe of the home miss her greatly.

She was baptized at the Licking Church of Christ in her 20s and remained a faithful member until her death.

Visitation was held from 6 – 8 p.m. on Friday, July 16, at Fox Funeral Home in Licking. Funeral services were held on Saturday, July 17, at the Licking Church of Christ at 11 a.m. Burial followed in Boone Creek Cemetery.