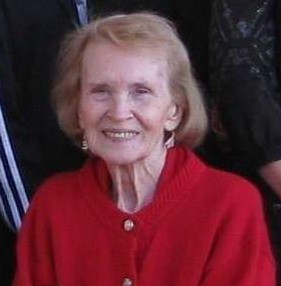 Larisa came into this world in the middle of turbulent times for her country. In 1939 the Soviet Union was undergoing a siege in Latvia, infiltrating the government, regions and towns. Most influential officials were either killed or taken to Siberia for detainment. Larisa and her family were always trying to keep themselves invisible to keep themselves alive.

As Larisa grew, her family avoided the attention of the Soviets and tried to carry on normal lives. Larisa went to school, joined the girl scouts, and even entered beauty pageants. For extra money she had a boat that she would ferry individuals across the nearby river, but the chaos and continuous fear of the environment took a toll on Larisa’s family. Her biological mother was not able to take care of her, so Larisa lived with her grandparents. Not long after she went to live with them, they both died due to the harsh living conditions and constant fear. At that time, a lady Zeniya (Voldeks) Melders adopted Larisa and took her in as her own daughter.

The Soviet occupancy was disrupted in 1941 by Nazi Germany. Larisa and her mother Zeniya, was again in harms way as they watched the Germans gather Latvian Jews and Soviet sympathizers, marching them to unknown destinations. At this time neither Larisa nor her mother had any idea of the holocaust. During the occupancy Larisa and Zeniya endured bombing raids taking cover when the warning sirens were activated. One bomb was so close the concussion perforated Larisa’s eardrum.

As the war raged on Nazi Germany was losing in Latvia. Surprisingly being treated more humanely by the Germans than the Soviets, Larisa and Zeniya chose to evacuate Latvia with the retreating German soldiers. Zeniya had to make the choice to leave due to the uncertainty of the Soviets returning and retaliating against the Latvian civilians. They boarded a ship in Vinspils, Latvia and started their long journey to Munich, Germany.

After arriving to their refugee camp in Munich Larisa and her mother continued to stay vigilant, eating and drinking minimal amounts of rations. Larisa and her mother survived the refugee camp till the war ended. At that time Zeniya had married a man named Omar Berestock who introduced Teodor Horbyk to Larisa. Teodor Horbyk and Larisa Melders were married April 24, 1950.

Having their eyes set on moving to the United States Teodor and Larisa acquired sponsors in Silver City, N. Mex. Their ship left Germany for the long journey to New Orleans. Larisa was pregnant with Elizabeth and was very ill from the rough Atlantic waves and morning sickness. Again, she overcame the obstacles of unsanitary conditions, malnutrition, and illnesses from a crowded cargo ship headed toward New Orleans, La.

After fulfilling their sponsorship requirements in Silver City, Teodor and Larisa moved to Chicago, Ill. Teodor worked at the Campbell Soup factory while Larisa took care of daughter Elizabeth and another child Margareth. They made Chicago their home till they saved enough money to buy a farm in Missouri. This farm was in Ellis Prairie near the Blue Hole Eddy on Piney River. Larisa loved the country; raising chickens, tending a garden and starting her love for flowers. While living there Kathy was born.

Larisa, Teodor, and daughters soon found themselves moving again to Licking, near Boone Creek. They accumulated several laying hens, Angora goats and Polled Herford cattle. Robert and Teresa were born there. Larisa being a natural born expert of living off the land was bitten by a copperhead while picking blackberries and pregnant with Teresa.

Having the urge to build their American dream, Larisa, Teodor and family moved once more back to Ellis Prairie. Here they found the farm that would be called home forever. Larisa had plenty of opportunity to continue her love of flowers, plant a big garden, can the products and raise Dachshunds. The last of their children was born there, Clarissa Amy.

Larisa worked at several jobs in and around Houston but her most memorable was being a cook at Success School. She loved to cook for the students that attended there. She wanted to save the school money so she would get free government subsidies. Her most famous success was her cinnamon rolls, made from scratch, which many of her now grown-up students still talk about.

After retirement Larisa finally got to enjoy the things she always loved. She volunteered with the New Borns in Need and the Texas County Food Pantry. She expanded her flower beds, grew produce in the garden, and spending hours canning all that she grew. She became an avid seamstress, sewing everything from wedding dresses to hats. As her arthritis started to hinder her ability to sew, she focused on her grandchildren, spoiling them any time she could.

Larisa (Melders) Horbyk experienced a lifetime of challenges before the age of 15. She was denied the privilege of enjoying her family before she grew up. She watched her friends be taken away not knowing if she would be next. She witnessed the total disregard to human life because of race or religious beliefs. Larisa chose forgiveness, happiness, kindness, and a big smile to guide her the rest of her life. She had endless energy, relentless mothering skills and a radiance that drew people to her. Larisa will be greatly missed by her family and everyone that had the opportunity to know her.

Visitation is Saturday, July 31, 2021, from 1 to 3 p.m. at Faith Fellowship Church, with a Celebration of her life beginning at 3 p.m. with Leon Slape officiating. Services were under the direction of Evans Funeral Home.