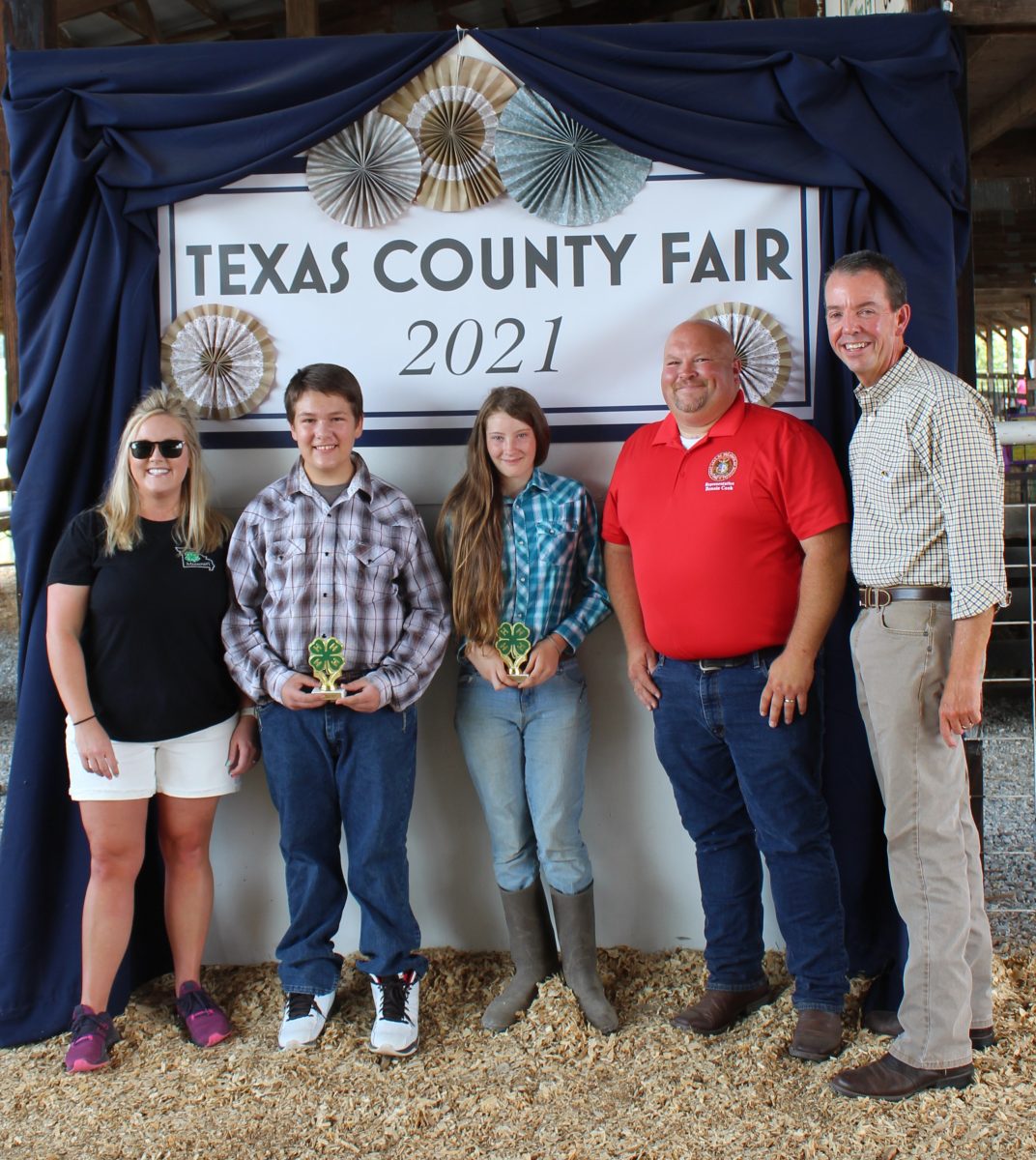 After presentation of the Century Farm, Representative Bennie Cook presented a resolution from the Missouri House of Representative proclaiming the 175th anniversary of the formal organization of Texas County, which occurred in 1845.

Dr. Marshall Stewart, Vice Chancellor for Extension and Engagement for the University of Missouri, thanked everyone for all they did to make the fair a success. He emphasized three Es – encouraging future generations, educating and sharing information, and having enthusiasm for where we live and what made our country.

Dr. Anson Elliot, Director of the Darr School of Agriculture at Missouri State University, spoke of the resiliency learned by earlier generations due to the isolation of the Ozark life, with no room for arrogance or self-pity. He sees the resiliency passed down, not only in the Ozarks, but also in other rural areas across America. He urged sharing your ideas and getting more ideas. “You change people one person at a time,” he advised.

Missouri Farm Bureau Director of Marketing and Commodities Kelly Smith reported that Texas County has 1371 farms, and is second only to Shannon County in timber production in the state. The county is also third in the number of beef cattle and in the number of all cattle in the state. Smith identified black vultures as an emerging problem to cattle, and the Farm Bureau can offer some assistance to farmers with this issue. He reported the feral hog problem has declined overall in the state over the past five years, but four regional outreach positions and several tracking positions were established recently to help with this problem.

After an invocation by Houston FFA President and Regional FFA Chaplain Ben Cook, a meal was served in appreciation of all farmers.