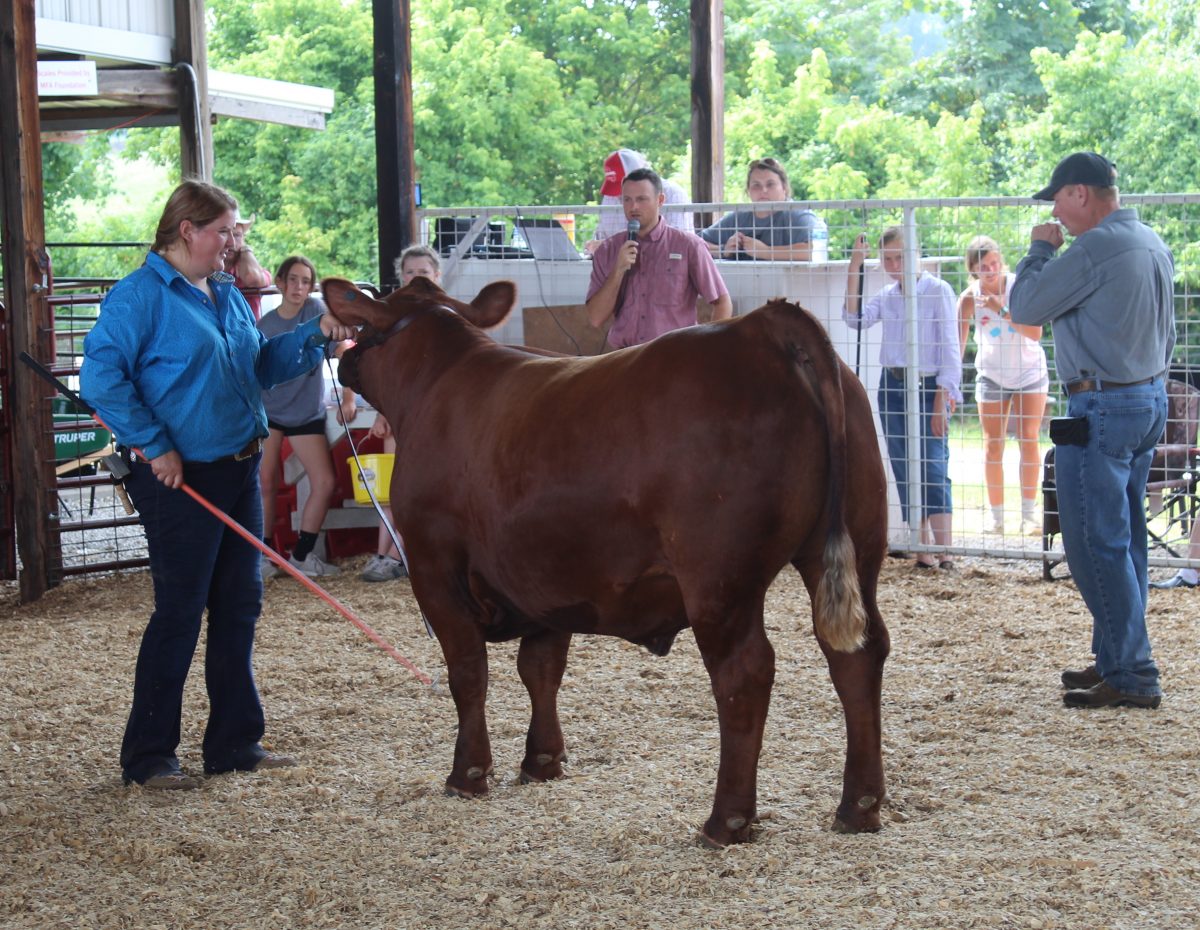 Photo by Shari Harris
Grace Doss shows her Grand Champion Market Steer as judge Spencer Scott, shown in back with a microphone, explains his assessment of the steer.

The muggy, hot days of the last week of July didn’t deter fair exhibitors at this year’s Texas County Fair. From livestock to art, crafts and produce, exhibitors showcased their talents for the county to see. 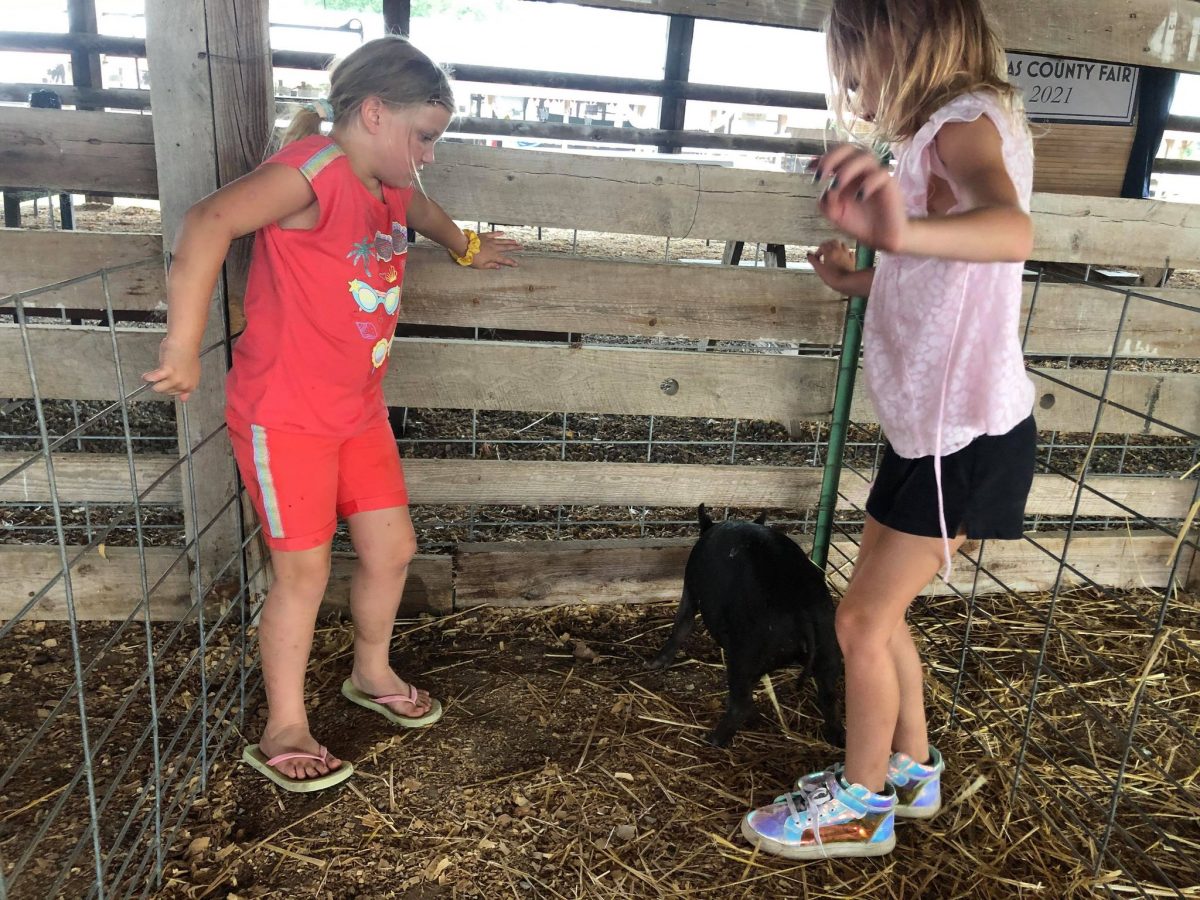 All of the exhibitors worked hard to be fair-ready, and all should be commended for their work, not just the few listed below. Many more placed in their classes and/or took home blue ribbons. Some categories we hope to be able to report on next week. 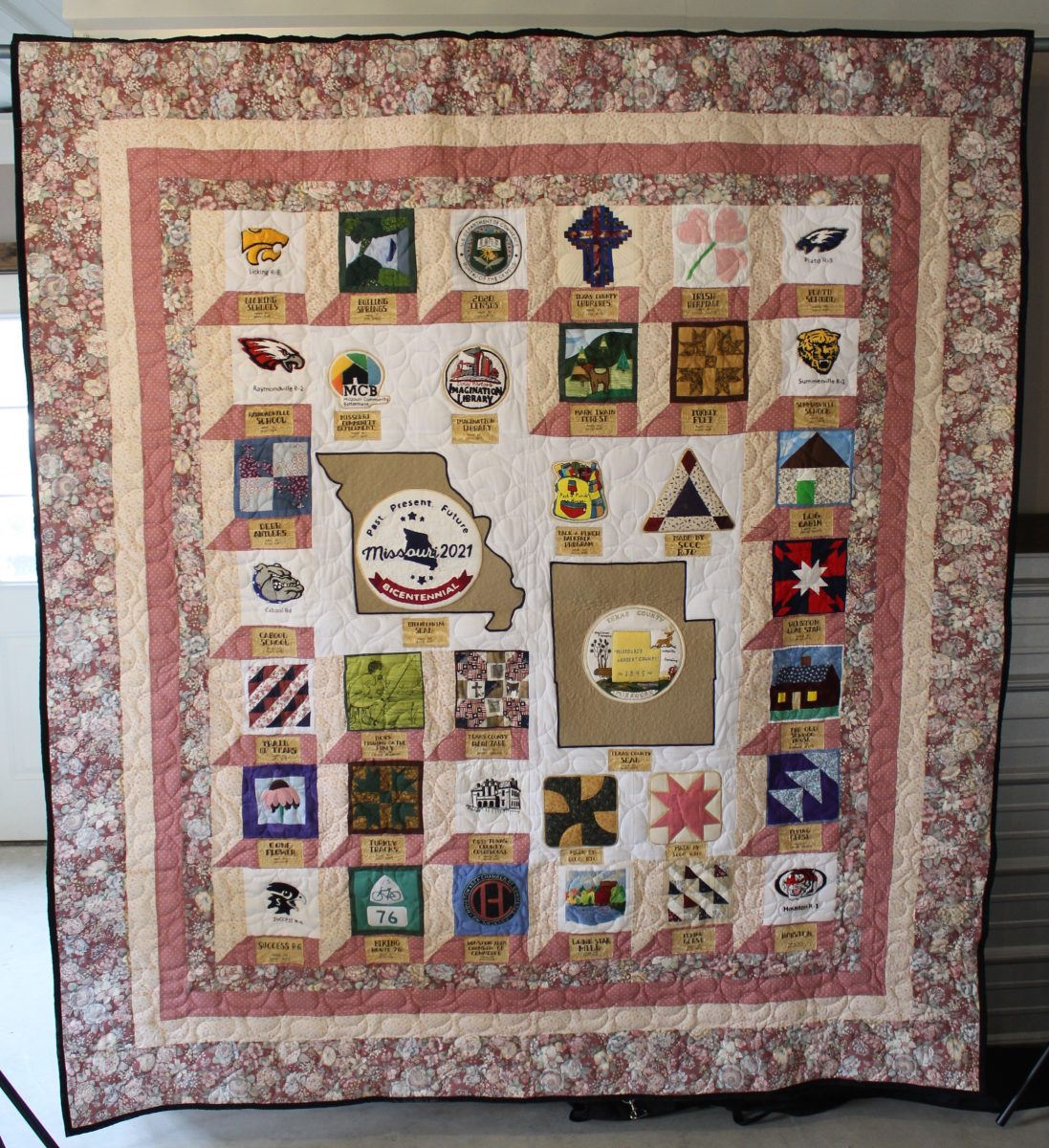 Photo by Shari Harris
The Community Betterment and Arts Council chose to participate in the 2021 Missouri Bicentennial by assembling a Texas County quilt. The quilt was on display at the Texas County Fair last week. The SCCC Restorative Justice program also helped with the quilt.

Winners of the door prizes: