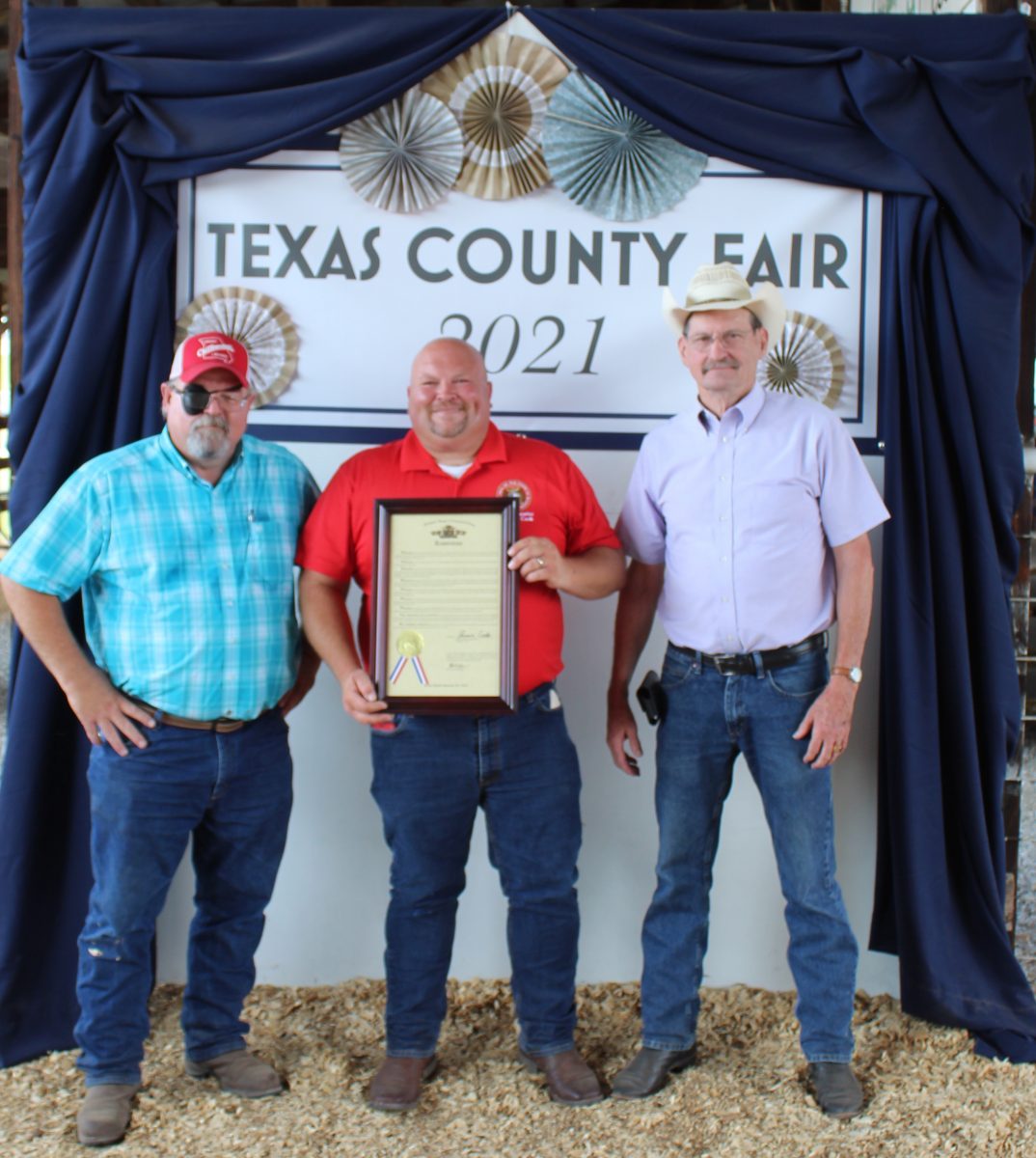 “It was an honor to present a resolution honoring the 175th anniversary of Texas County,” said Cook, R-Houston. “The county has a rich history and great future. Folks from across the country are moving to Texas County, because they know it’s a great place to live and raise a family.” 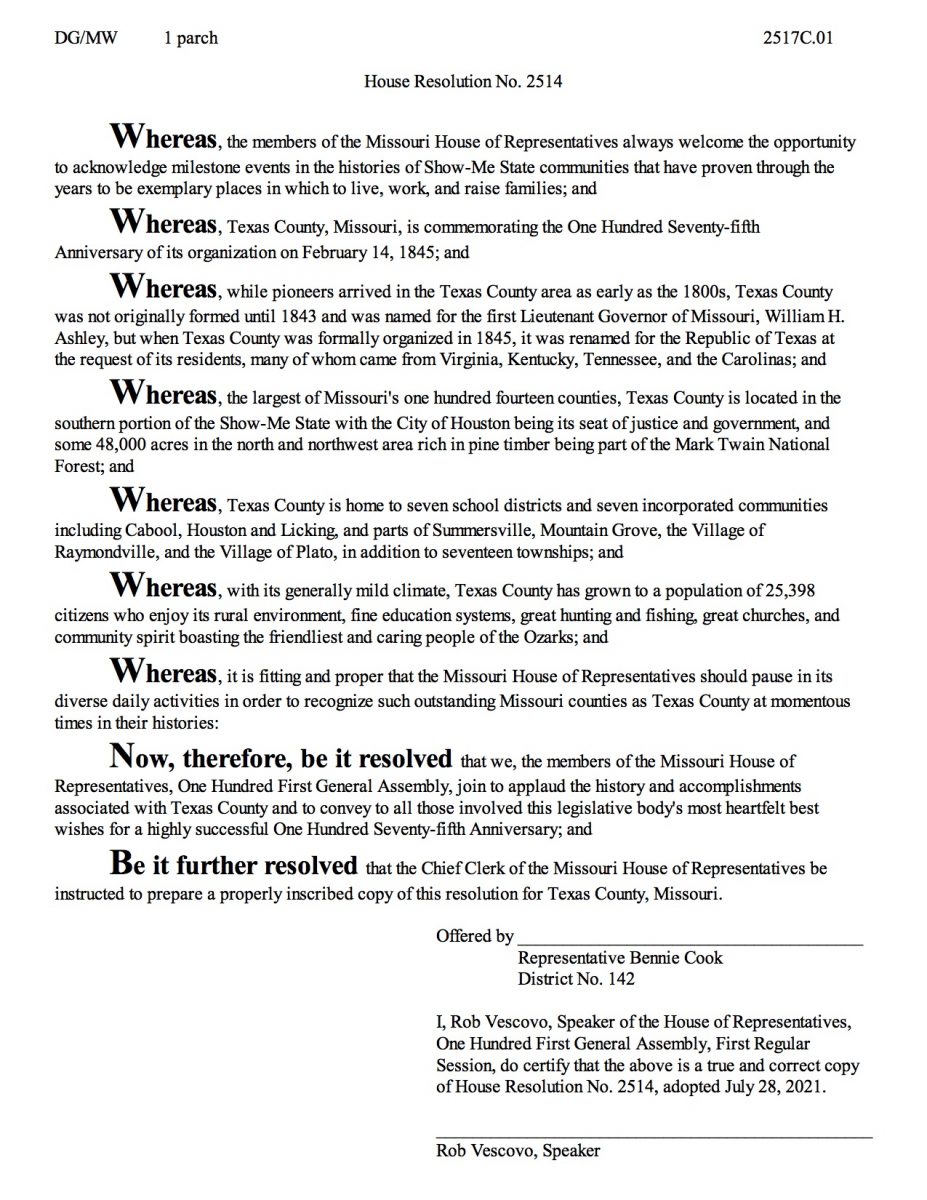