Photo by Shari Harris
A slight breeze meant keeping a candle lit was a two-handed proposition during the national anthem.

The Kissiar Sunflower Patch added a new event to their opening this season – a candlelight vigil. This is the second season for the attraction, and July 31, opening day, saw a good number of people returning from last year, along with those finding the patch for the first time.

A food truck, lemonade stands, music by the DJ’s of “The Road Show,” face painting, vendor sales and more greeted attendees on opening day. The planned candlelight vigil, however, was delayed a week when a late afternoon thundershower drenched the patch. 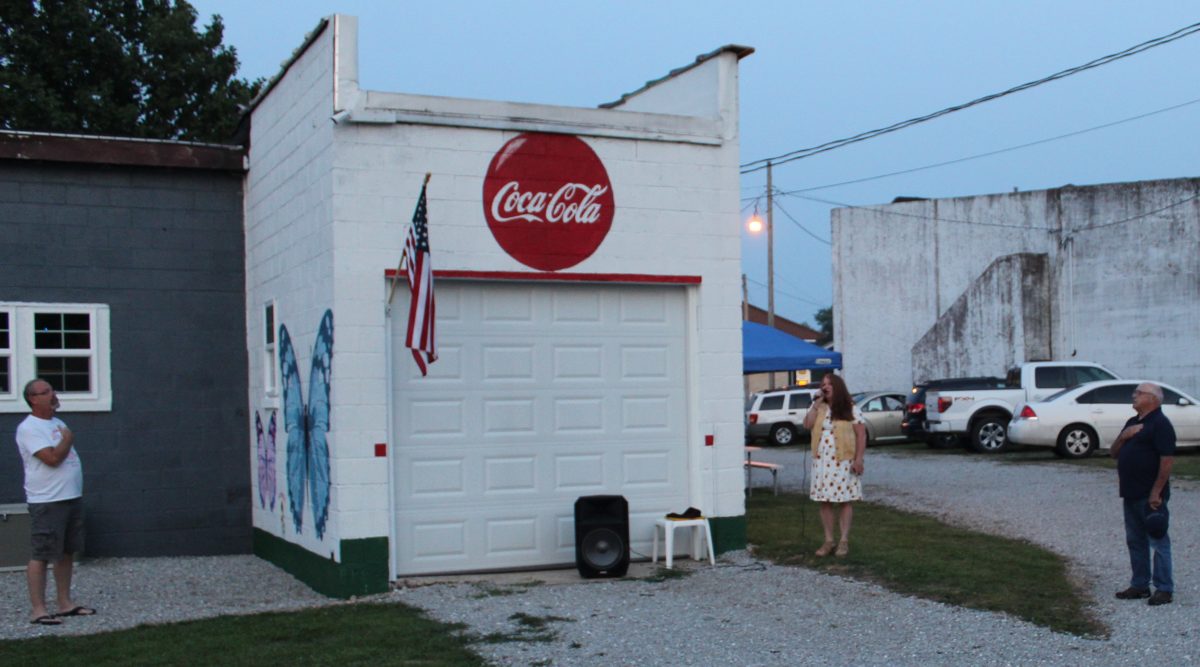 Visitors on the evening of Saturday, Aug. 7, received candles to “light the patch.” After Cindy Fronterhouse-Badgett sang a touching rendition of our national anthem, Licking Mayor Keith Cantrell provided an invocation. Then attendees slowly made their way into the patch with their candles. A drone captured the event from the air.

The quiet procession through the patch offered time to reflect on those lost and those still in need of our prayers. After months (and years) of growing divisiveness in our country, the evening held a palpable feeling of togetherness. Strangers joined in a common mission and no words were necessary to share the message. Adoption cards honoring lost loved ones adorned sunflowers scattered throughout the patch and attested that one wasn’t alone in their grief; it is a shared emotion with which all eventually must cope. Cards signed in support of those struggling with their health combined the grief with a sense of hope for the future.

Every day, as strangers stop in the small General Store at the patch, they open their hearts to John and Cherie Kissiar and share their stories. The way the Kissiars patiently allow others to talk about their pain, while they have their own story of pain and loss, brings people back to the patch.

If you love sunflowers, they’re still blooming; or if you’re looking for a special way to pay tribute to your lost loved one, stop by Kissiar’s Sunflower Patch on North Main Street in Licking.