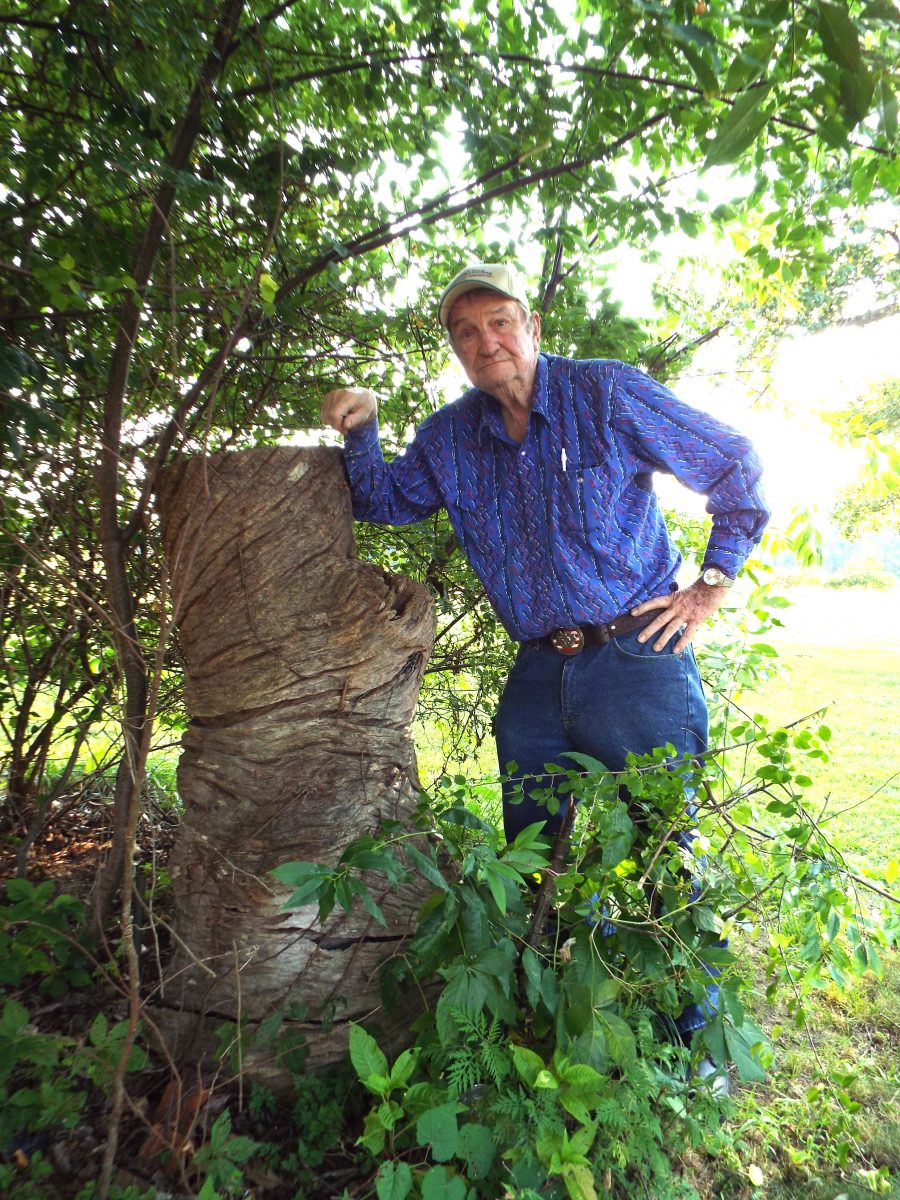 Photo by Christy Porter
Herbert Cook leans against an approximately 5-foot log that he rescued from the fallen Catalpa tree.

Herbert Cook worked with the Licking Rural Volunteer Fire Department when the Twisted (Catalpa) tree came down. The city was breaking the tree down to remove it from the roadway when Cook went by. He stopped and offered to collect the fallen pieces and haul them off.

Cook still maintains some pieces at his home outside of Licking, one being an approximately five-foot log that stands upright and is at times home to some ground squirrels. 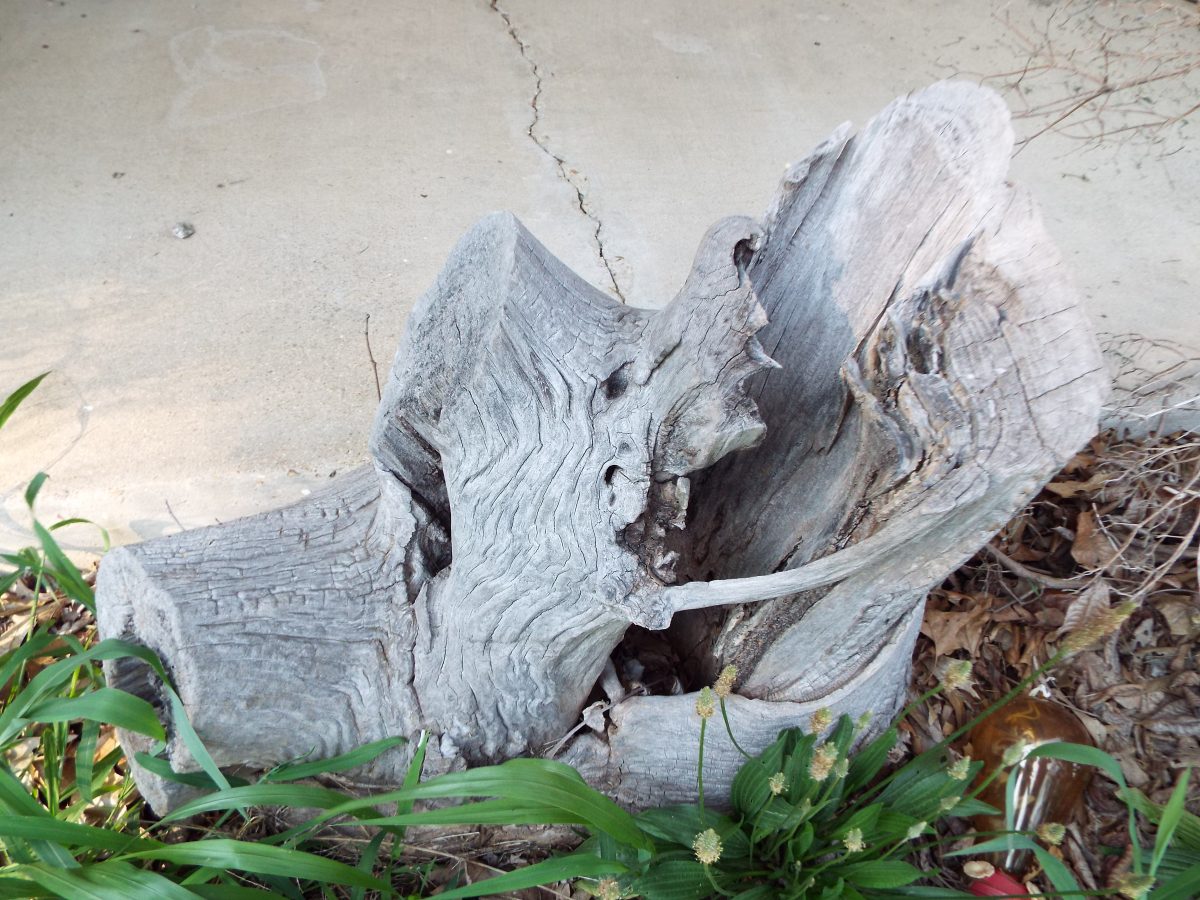 Photo by Christy Porter
The renowned “saddle” portion of the Catalpa tree sits at the home of Herbert Cook.

The “saddle” of the tree sprouted an offspring there at Cook’s home. When 3 to 4-foot tall, it was transplanted to the historic Licking Mill site. After growing to approximately 8 to 10-foot tall, it was damaged in a storm. Unfortunately it never recovered and only survived a few years.

Cook also donated a stump to the Texas County Museum of Art & History, and it can now be seen in the rear of the facility.

Don and Carol Fox, then proprietors of Fox Funeral Home, also ensured that Dr. David Myers, the son of Dr. B.J. Myers, the long-time physician of the Myers Clinic, received a stump of the tree. The 2-1/2-foot stump sits in memorial to his father outside his home.

The Catalpa tree stood in front of the Myers Clinic, which replaced the Ray home in the 1950s. Dr. David Myers remembers the tree well, “I climbed it most of my childhood.” 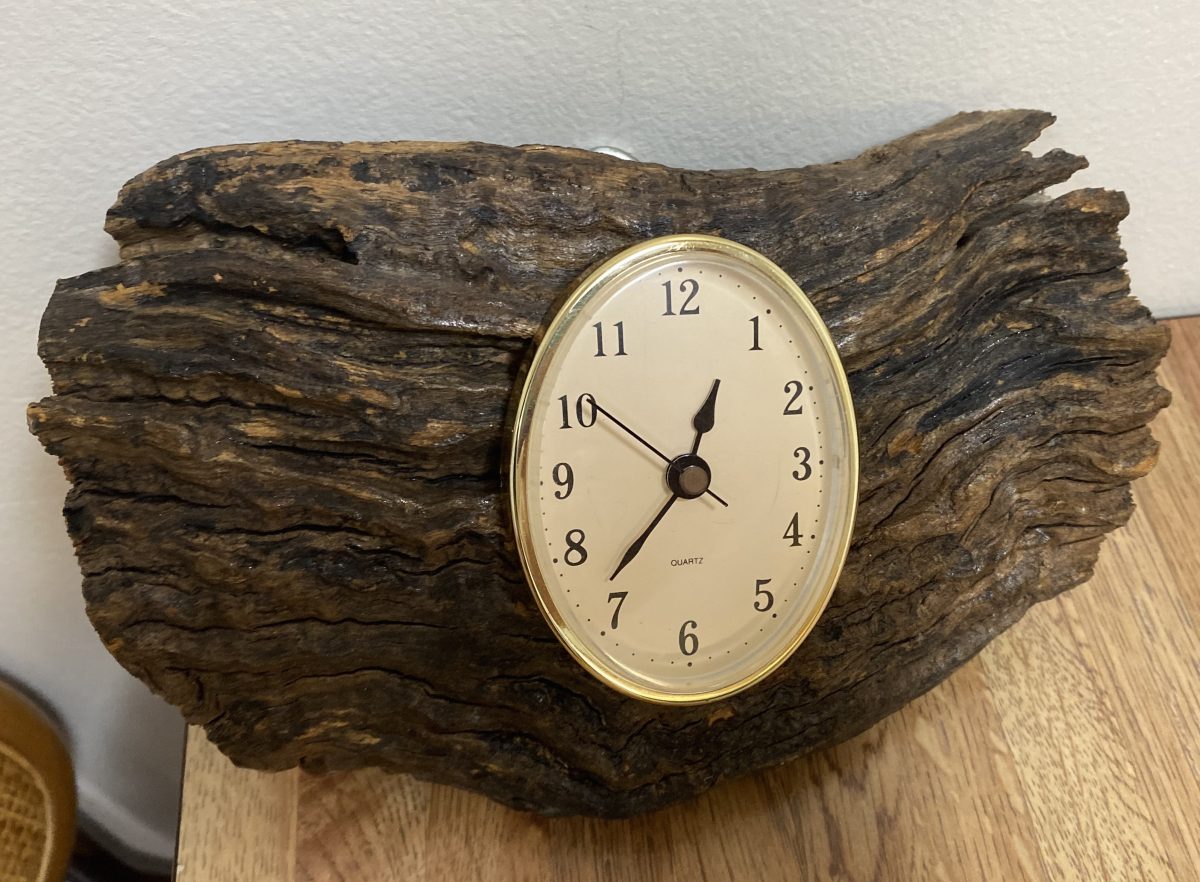 Photo submitted
This handsome clock made by Jimmy Huff from the Catalpa tree shows the unique grain of the tree.

Dr. David Myers also received a handsome clock made from the Catalpa tree by Jimmy Huff. Huff was in the lumber trade and wanted to give him a piece of that memory to cherish.

Since sharing the “Twisted Tree” story, numerous others have also mentioned having fond memories of the Twisted Catalpa tree and are cherishing pieces of it that have been kept since its demise. 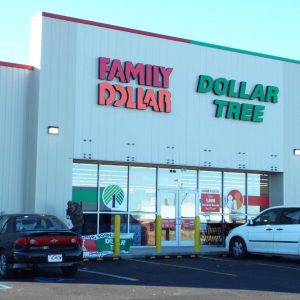 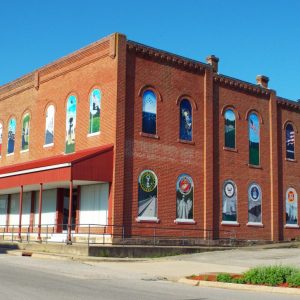