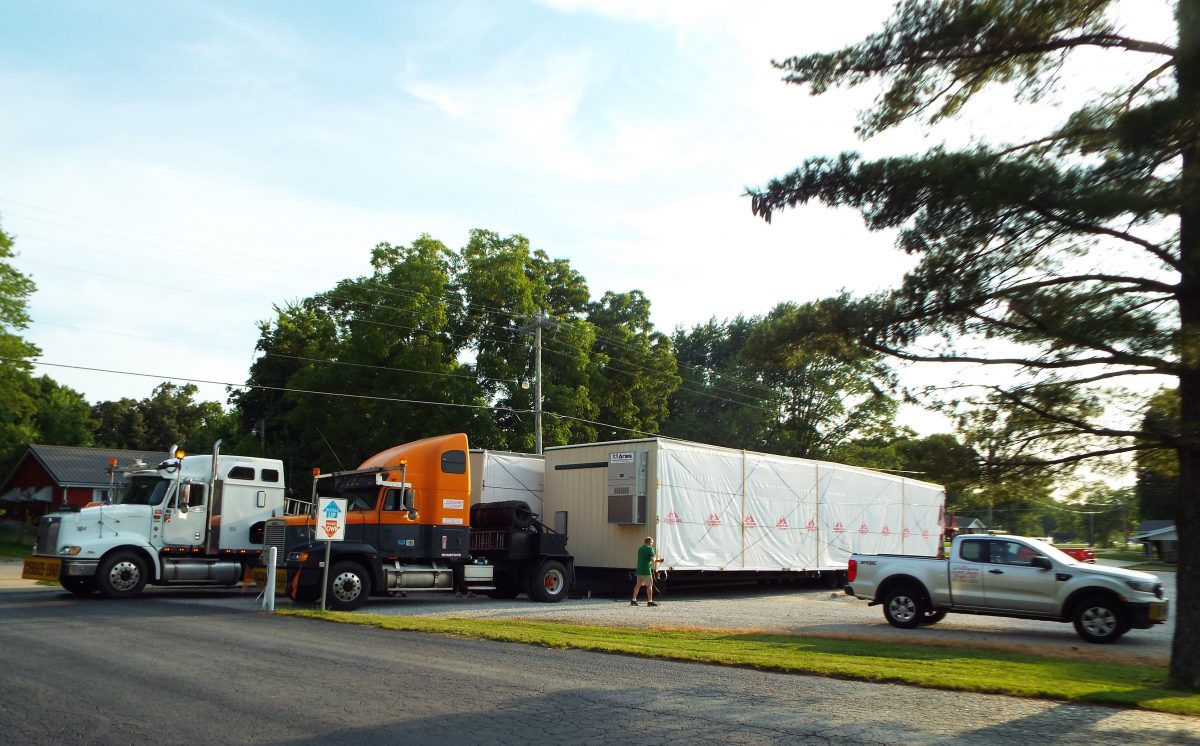 Photo by Christy Porter
The nine sections of Licking R-VIII School District’s modular classrooms began arriving the evening of August 10 (shown above). Over the next two weeks, crews finished the delivery and assembled the pieces like a giant 3-D puzzle. The photo below shows the progress made by August 20. This week, permanent flooring was being installed, followed by moving in and arranging the furnishings. Pastor Paul Richardson, Licking Assembly of God, has volunteered church members to help move in the school furnishings. Though plagued with construction delays, the classrooms should be ready to go sometime during the second week of school.
Supt. Cristina Wright extended a huge thank you to Gray Construction, Meyer Electric, Parker Plumbing and McCall’s Flooring. “They all have been very cooperative for working with us on a really tight schedule.” 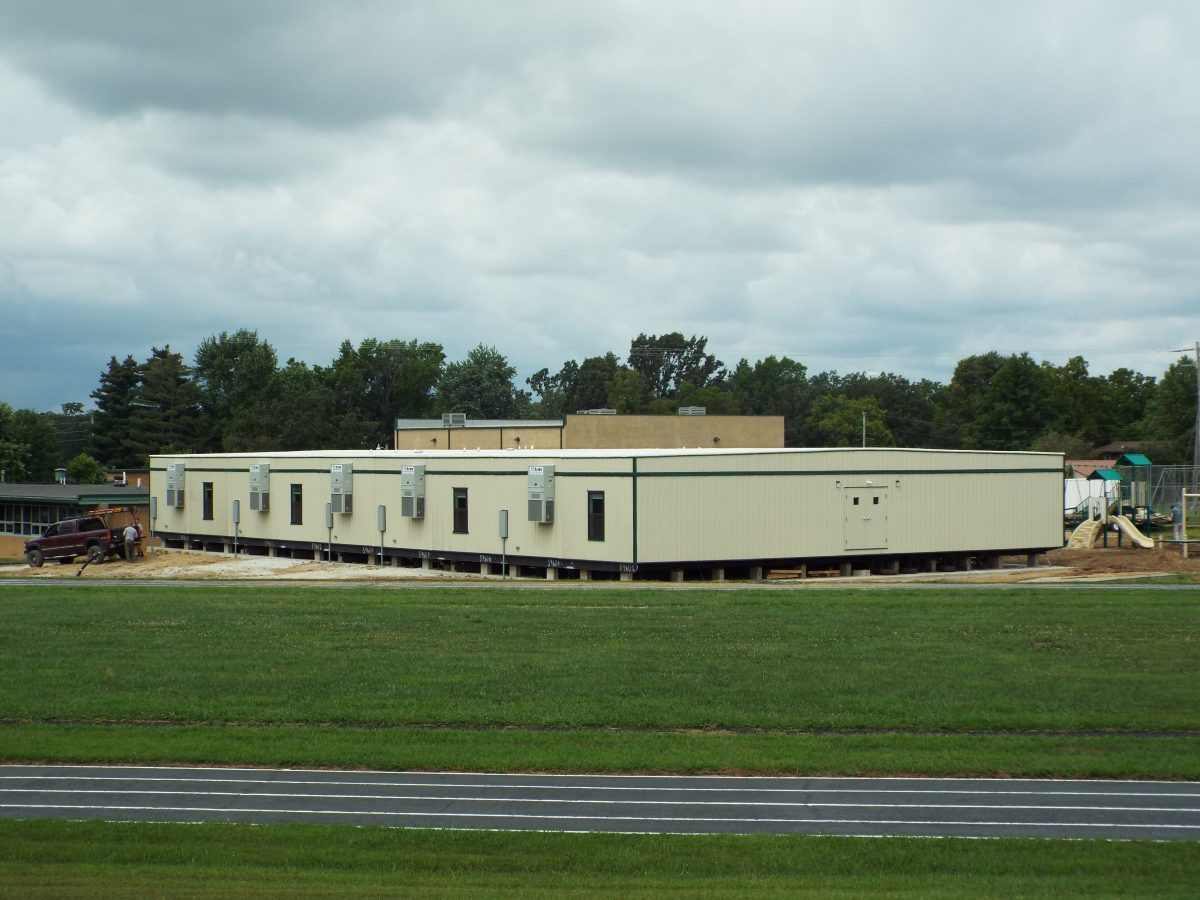