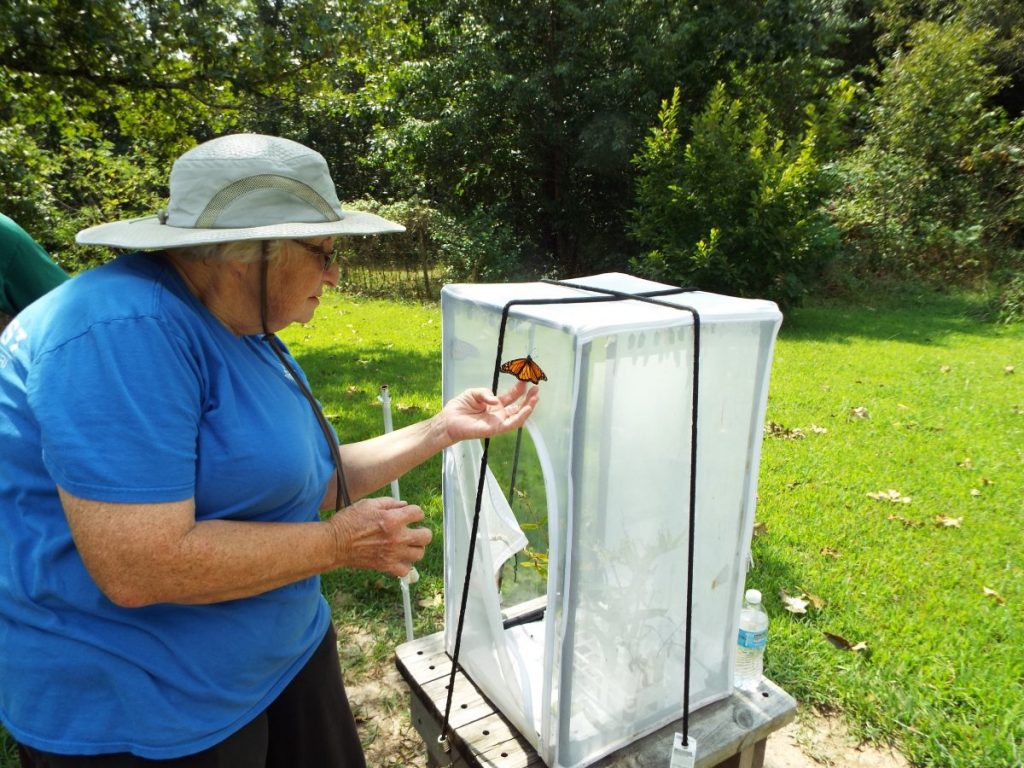 The monarch population was increased by over 53 counted butterflies this year, and Tom and Brenda Habina, with daughter Angela Carte, are still counting. Brenda happily shared, “It’s been three years since we’ve released over 50.”

While the monarch population has experienced a huge decline in the last 20 years, Brenda does all she can, including providing milkweed for food and a safe haven for the very young to encourage their propagation. 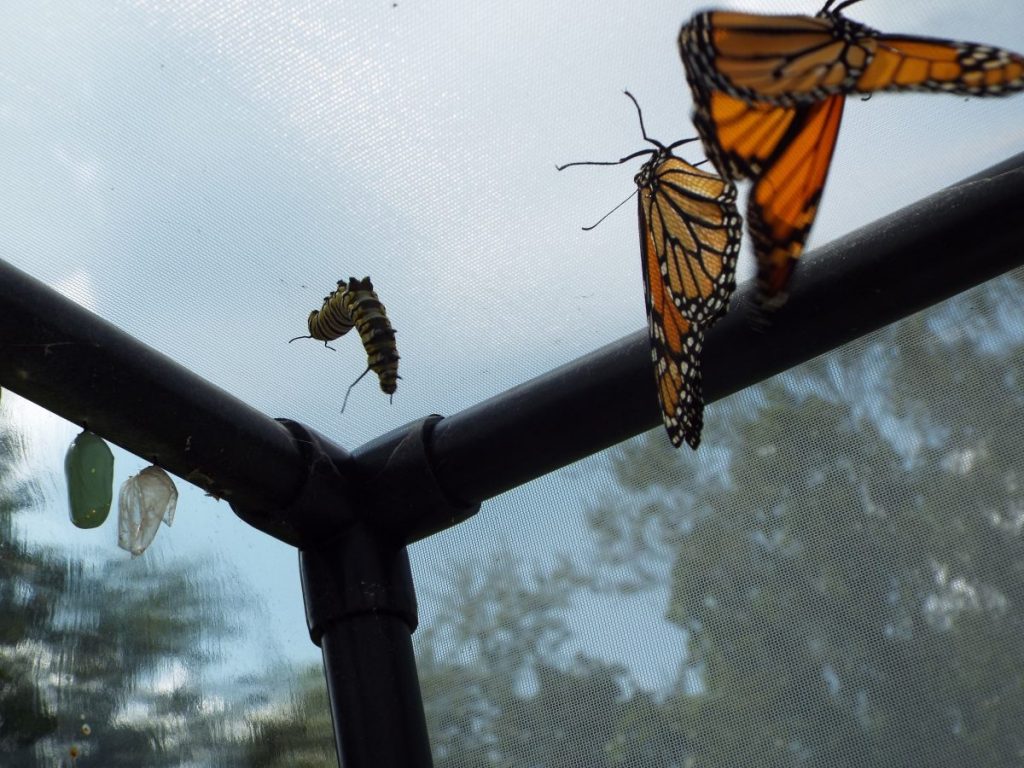 Photo by Christy Porter
Three stages of a monarch’s life cycle are shown in a corner of the butterfly nursery: from left, green colored chrysalis in metamorphosis prior to emerging, shown with a translucent chrysalis from which the butterfly has emerged; a caterpillar, prior to the chrysalis stage; and adult butterflies ready to be released.

Butterflies go through four stages in a life cycle: the egg, the larvae (caterpillar), the pupa (chrysalis) and the adult butterfly. The Habinas have butterfly nurseries where the larvae (caterpillars) and the pupa (chrysalis) are housed, safe from aphids, ants, other caterpillars, and stink bugs, which are known predators of the monarchs. The nurseries are cleaned twice daily and have a constant supply of milkweed. When they reach the adult butterfly stage, they are released.

Thirteen beautiful monarchs were released into the “wild” last Thursday. They lightly flew to the nearest tree to dry and enjoy their new freedom.

Monarchs will have four generations in one year. The newly released will likely lay eggs, contributing to the next generation of monarchs – the generation that will fly to Mexico. It will be their grandchildren who will return to the U.S. next year. While not likely, some of the newly released may also make the trip south.

The swallowtail butterflies have graced the Habinas’ gardens this year as well, feeding on dill. Their chrysalis will hide and overwinter here in Missouri.

The hummingbird moths have also had a definite presence.

The Habinas are extremely pleased with the butterfly season this year, and while nearing the end of the 2021 cycle, they are preparing for next year with additional garden plantings.