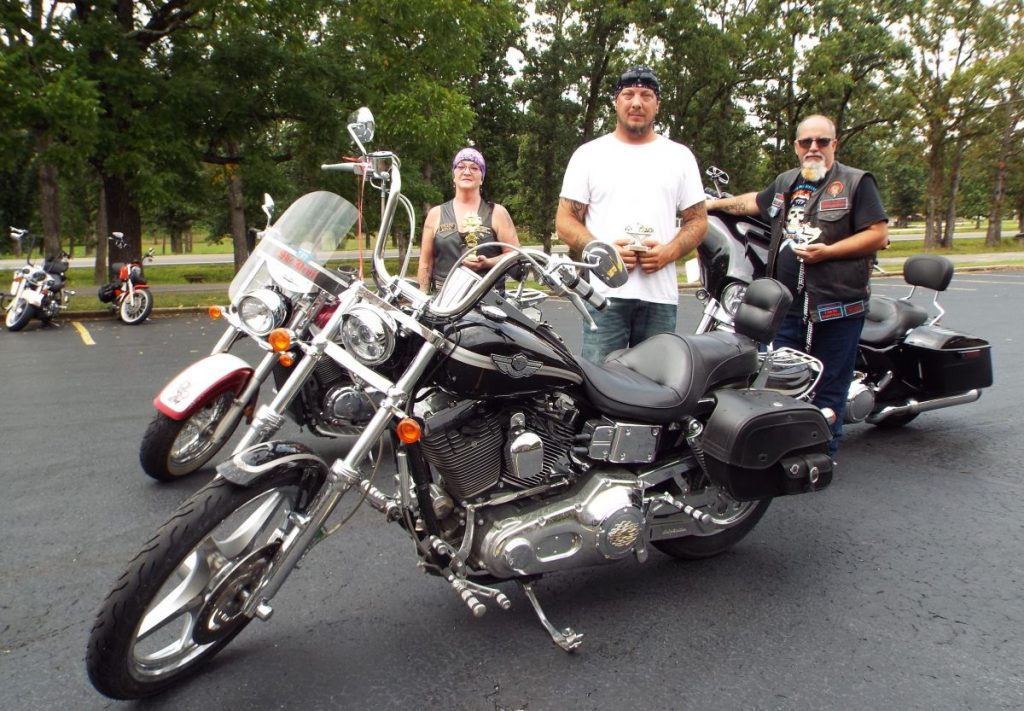 The Third Annual LPHC Bike Show was held Saturday at the Licking Pentecostal Holiness Church. Motorcyclists, junior bikers, community and church organizations, and attendees enjoyed themselves in spite of the scattered showers. Attendance included those from as far away as Tulsa, Okla., and more locally from Licking, Raymondville, Edgar Springs, Yukon and Mtn. Grove. 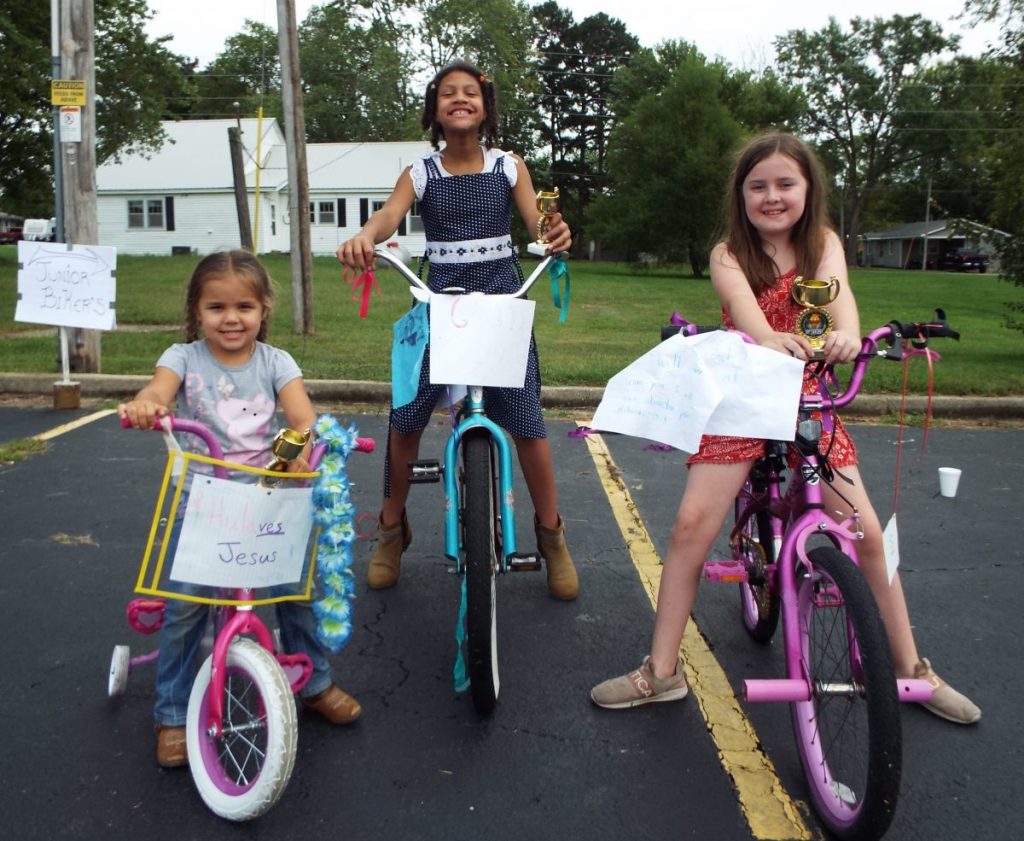 Participants and attendees were welcomed and registered by Brandy Fitzgerald and Brian Gale at Registration before they visited the booths and food offerings and admired the motorcycles and junior bikes. Several American and metric (foreign) motorcycle makes and models were represented.

George and Terry Snelling represented the United Community Help Center and shared Oreo cookies. Eager to help those who desired prayer was Diane Beers at the Prayer Booth. Information, Bibles and literature were shared at the Christian Motorcyclist Association’s (CMA) booth by Leslie and Danny Stagner, of Yukon.

Winners of the door prize drawings were announced throughout the event and they chose gifts from a selection displayed on tables.

The Men’s Ministry had fired up the grill and offered hamburgers, cheeseburgers, hot dogs and chips. The Women’s Ministry hosted a bake sale with a large assortment of cakes, cookies, muffins and other goodies. Missionettes, Royal Rangers and the youth group helped serve food and sold drinks. Sandra and CJ Smith supervised the children’s games, much to the delight of the youngsters.

Bike blessings were done by Jim Wilson, President of the Christian Motorcyclists Association (CMA) for 16 years, and Erin McConnell, pastor of Licking Pentecostal Holiness Church; with each blessing a “Blessed” decal was placed on the bike.

McConnell then shared a message that began with the scripture Hebrews 9:27, and further stated how to resolve perceptions of feeling invisible or needing to feel something.

He then announced the winners in both categories of the Third Annual LPHC Bike Show.

Judging was done by George Snelling, Mike Walker and John Jones and required some amount of discussion. Gale and McConnell tabulated the results.

Biker Sunday was held the next day, on September 5, and was well attended; attendees included Jim Wilson and several bikers. A barbecue meal followed.