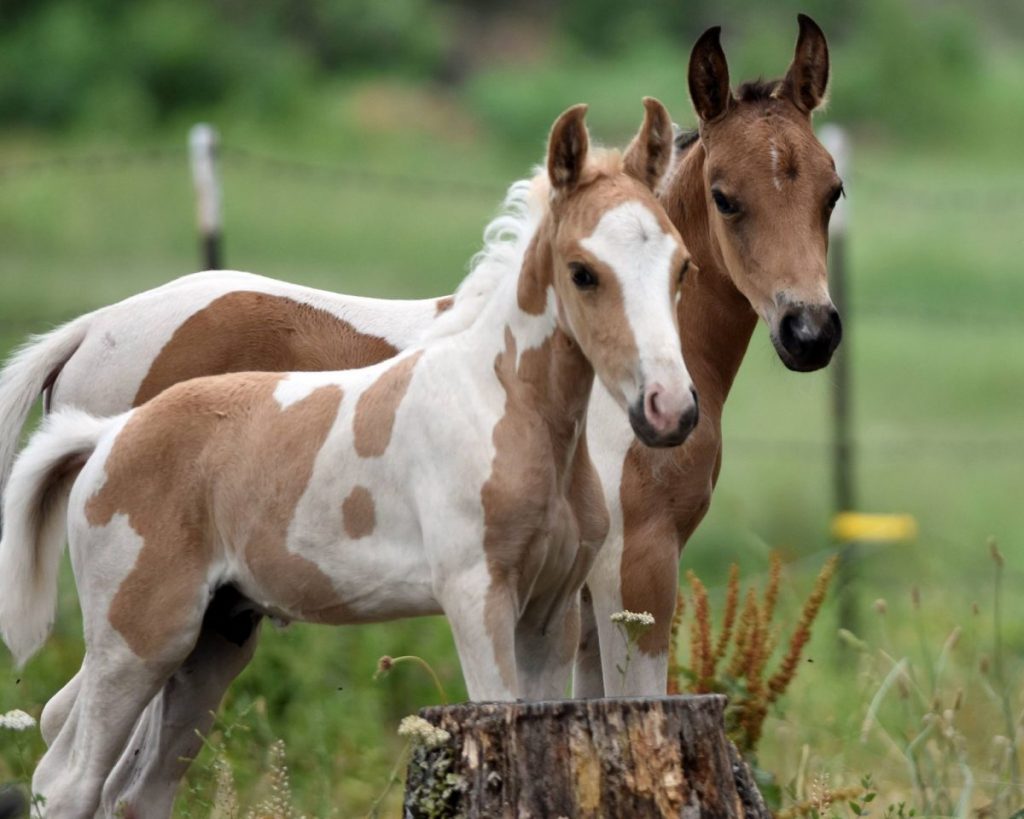 Photo by Marie Lasater
Sioux, front, stands a hand shorter than his twin brother, Tardis. His smaller size doesn’t stop him; Lasater describes him as the risk-taker of the pair.

When Summer was six weeks overdue foaling, the mare’s owner, Marie Lasater, was beginning to worry. What she saw when she checked on her horse the morning of May 28 was quite a surprise.

Summer had delivered twin male foals, and both were alive. Sioux is a little smaller than his twin brother, Tardis, and he had a few problems standing at first, but he hasn’t let that slow him down. Now at 13 weeks old, the young spotted Foxtrotters are full of life. Weaning time is coming fast (October 1), so their mother, who has managed to nurse them both, will have a welcome respite from keeping up with two growing boys.

Lasater and husband Russ Trehal watched the youngsters closely at first, helping young Sioux to stand and nurse initially. Other mild health issues were dealt with when necessary, and despite his need for a little extra rest and being smaller than his brother, Sioux is thriving under the care of Lasater and Trehal. Summer and her two boys still receive a little special treatment, grazing in the yard at times and getting extra attention whenever possible. 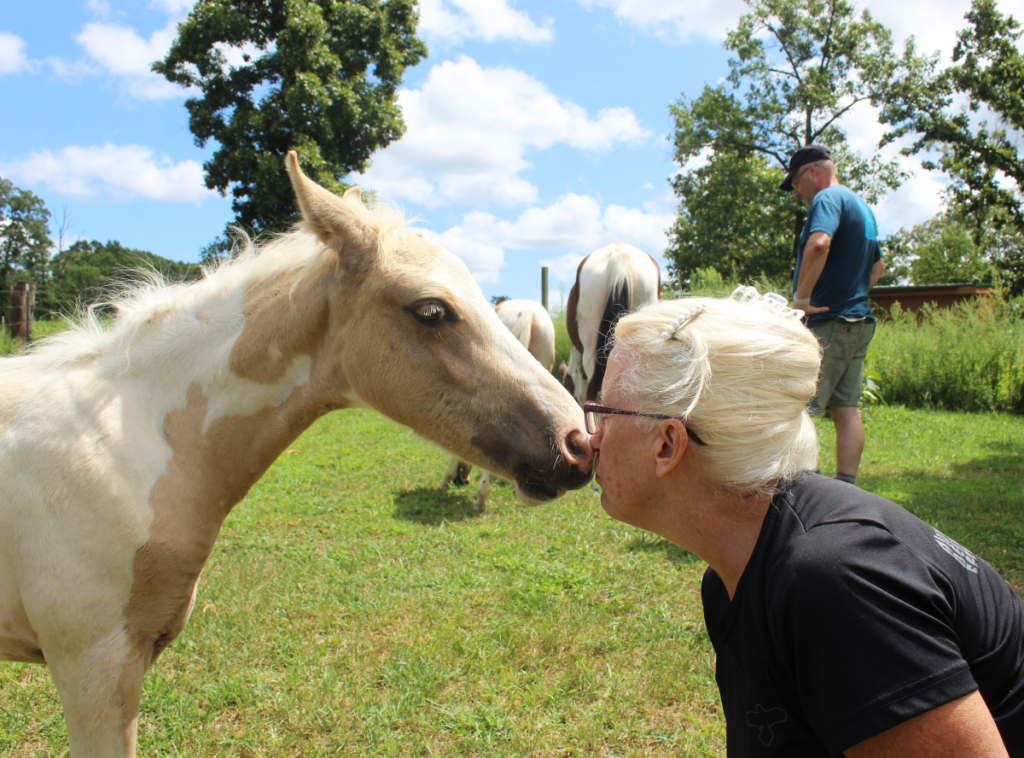 Photo by Shari Harris
Sioux has a special affection for owner Marie Lasater, and it appears the feeling is mutual.

Horses giving birth to twins is a rare occurrence. Lasater says she knows of only three other healthy pairs of twin horses in the U.S. One in 10,000 horse births are twins, and most mares will miscarry either one or both babies in the first six weeks of gestation. Horses are not designed to carry twins, and the lack of room in the uterus when twins occur typically results in one or both embryos starving. Late-term miscarriages are also highly likely for those that survive the first six weeks. These can place the mare in danger and leave her barren. If the twins survive until birth, problems in delivery can occur resulting in death to either foal and/or the mare. After delivery, retention of the placenta can occur and may result in the mare’s death. There is also potential that if both foals survive, nursing may need to be supplemented to reduce the strain on the mare.

The risks involved with twin births leads many horse owners to abort one embryo early in the pregnancy to improve the odds for the other embryo and the mare. However, this must be done in the first two to three weeks. Some breeds, such as Thoroughbreds, Standardbreds and Warmbloods are more prone to twinning, cuing owners to check for the presence of twins early in the pregnancy.

Lasater believes her spotted Foxtrotter mare ovulated twice during the thirty days she was at the breeder, resulting in two embryos forming. Regardless of the reason, she is glad to have them and is enjoying watching the brothers grow. Lasater plans to let them live on her farm north of Licking “until the day they die” and both Tardis and Sioux should anticipate many years of tender loving care in their future.