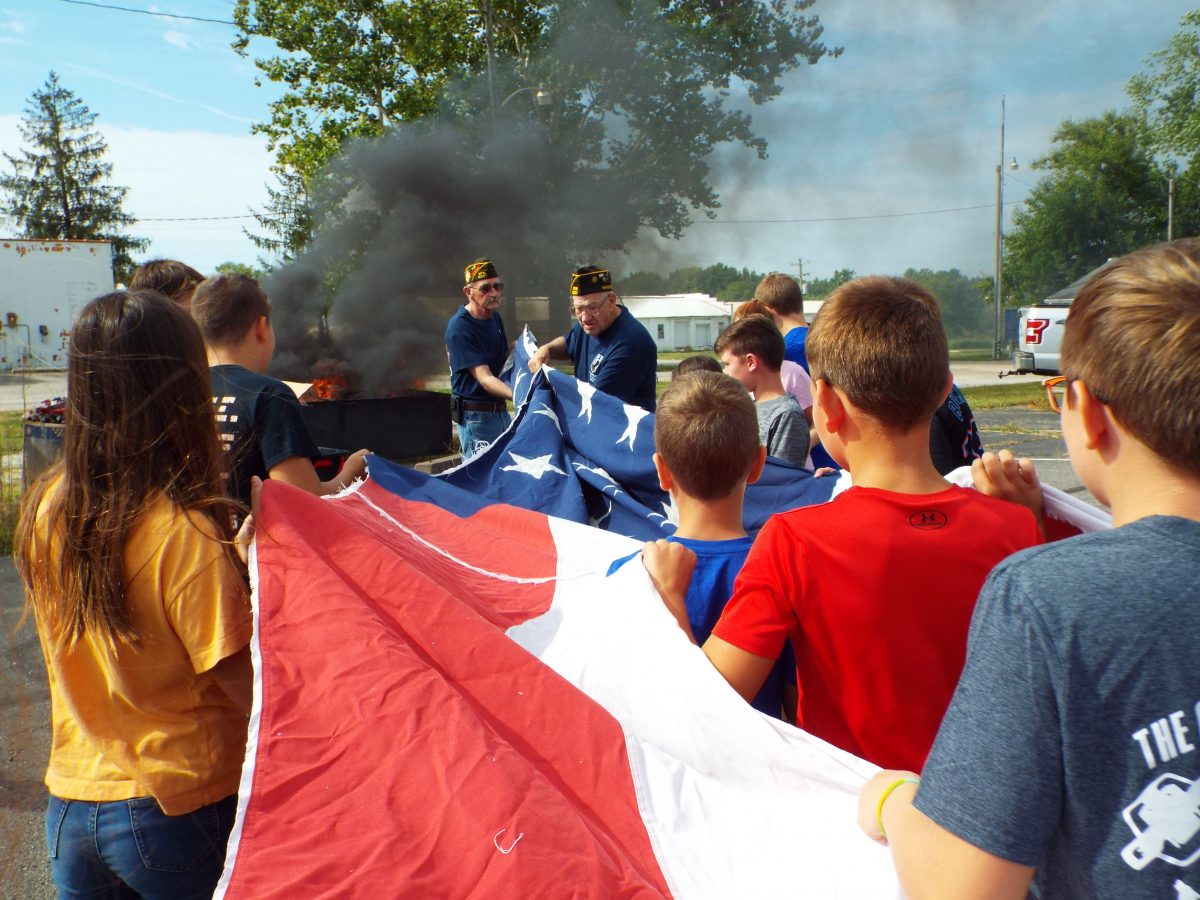 Licking and Success fifth and sixth graders participated with the Veterans and Auxiliary at the VFW Post 6337 Dignified Disposal of Unserviceable Flags Ceremony on September 15.

Due to public health concerns, the ceremony that includes fifth grade students was not held last year; those students, now sixth graders, were invited to participate this year, resulting in a record 133 student helpers. Flag collection for disposal this year resulted in two 20-by 30-foot flags that were flown at the intersection of Hwy. 63 and Hwy. 32, and over 200 smaller flags. Flags are carefully inspected prior to being retired.

Long-time Post Commander Billie Krewson welcomed the students, explained the “Folds of the Flag,” and what was to take place. Along with Harry Brevoort, Aaron Hall and Charles Hayes, Krewson performed the dignified and respectful ceremony. For completion of the ceremony, the students helped VFW members Krewson, Brevoort, Hall, Hayes, Ed Folger and Virgil Zeller, who instructed and answered questions as they conducted the disposal.

After returning to class, fifth grade student Akasha Petrossi learned, “One thing I noticed was that they burn the flag when it is not serviceable and they do it respectfully.”

The largest flags are cut into halves, then into quarters, before being fed by the Veterans into the burn barrel. All this is done without the flags ever touching the ground; the students were instrumental in ensuring this didn’t happen and took their job very seriously. All retired U.S. flags were properly disposed of in 45 minutes.

“When you burn the flag, you don’t let any color ash or one piece of thread left unburned,” said Julian Reyes, when commenting about what was learned.

The VFW Auxiliary provided refreshments at the VFW Hall before a question-and-answer session began. Before they completely understood, discouragement veiled the student’s faces when Krewson gave a “boot camp drill,” then elation and pleasure when they successfully completed his barked requests and were complimented and commended. “I realized that drill sergeants will and can get loud if you don’t listen the first time,” stated fifth grader Reyes. 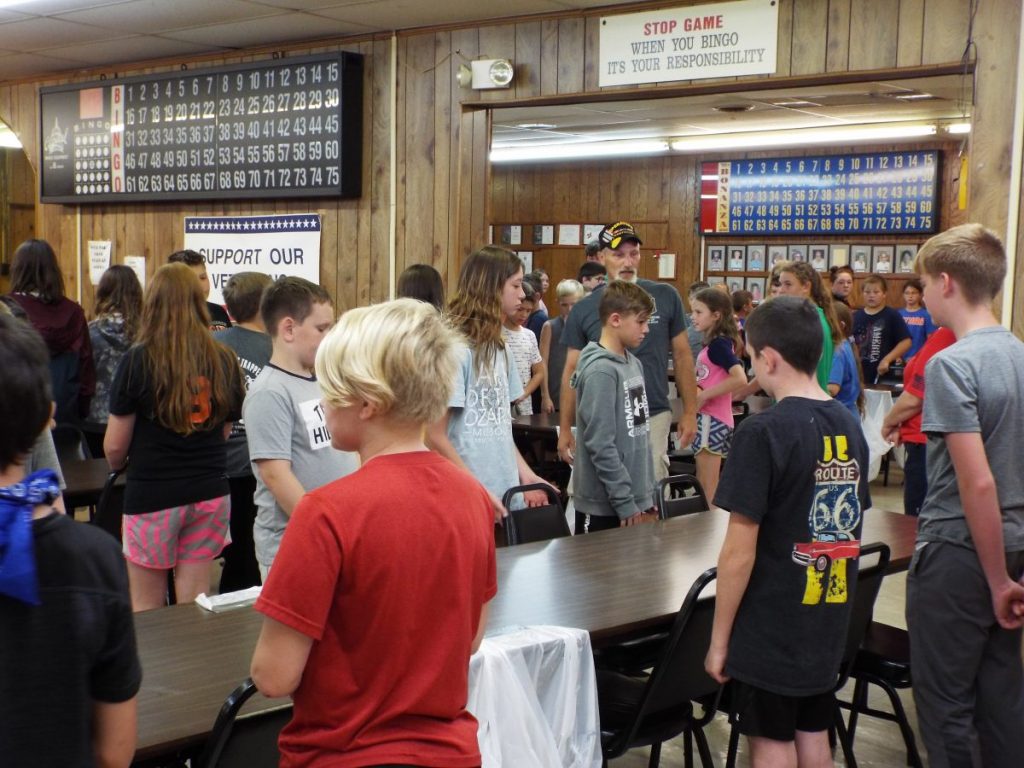 Photo by Christy Porter
The students had the opportunity to experience a boot camp drill conducted by Post Commander Billie Krewson.

One important question was presented, that of the burning of the flag by protesters as seen on television. Krewson clarified the difference; protesters are not participating in a respectful, dignified disposal of the flag, but desecrating it, and that should never be done.

Before leaving the post to return to school, the students, teachers, Veterans and Auxiliary viewed the murals on the north side of the building, learning more about the different branches of the U.S. Military.

“Thank you to the VFW and the Veterans for showing our students the pride surrounding our country and our flag,” said Huff.