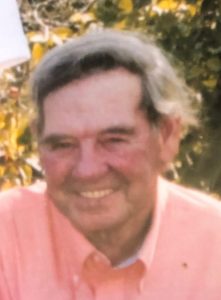 A Celebration of Life for George will be held Thursday, September 30, 2021, at 12:30 p.m. at Fox Funeral Home, 128 S. Main St., Licking, MO with Pastor Wayne Carrigan officiating. Pallbearers will be Patrick Fraser, Jason Rogers and Larry Dean Rogers. A visitation will take place two hours prior to the service beginning at 10:30 a.m. at Fox Funeral Home. Interment will follow in Licking Cemetery. Online condolences may be left at www.foxfh.net.