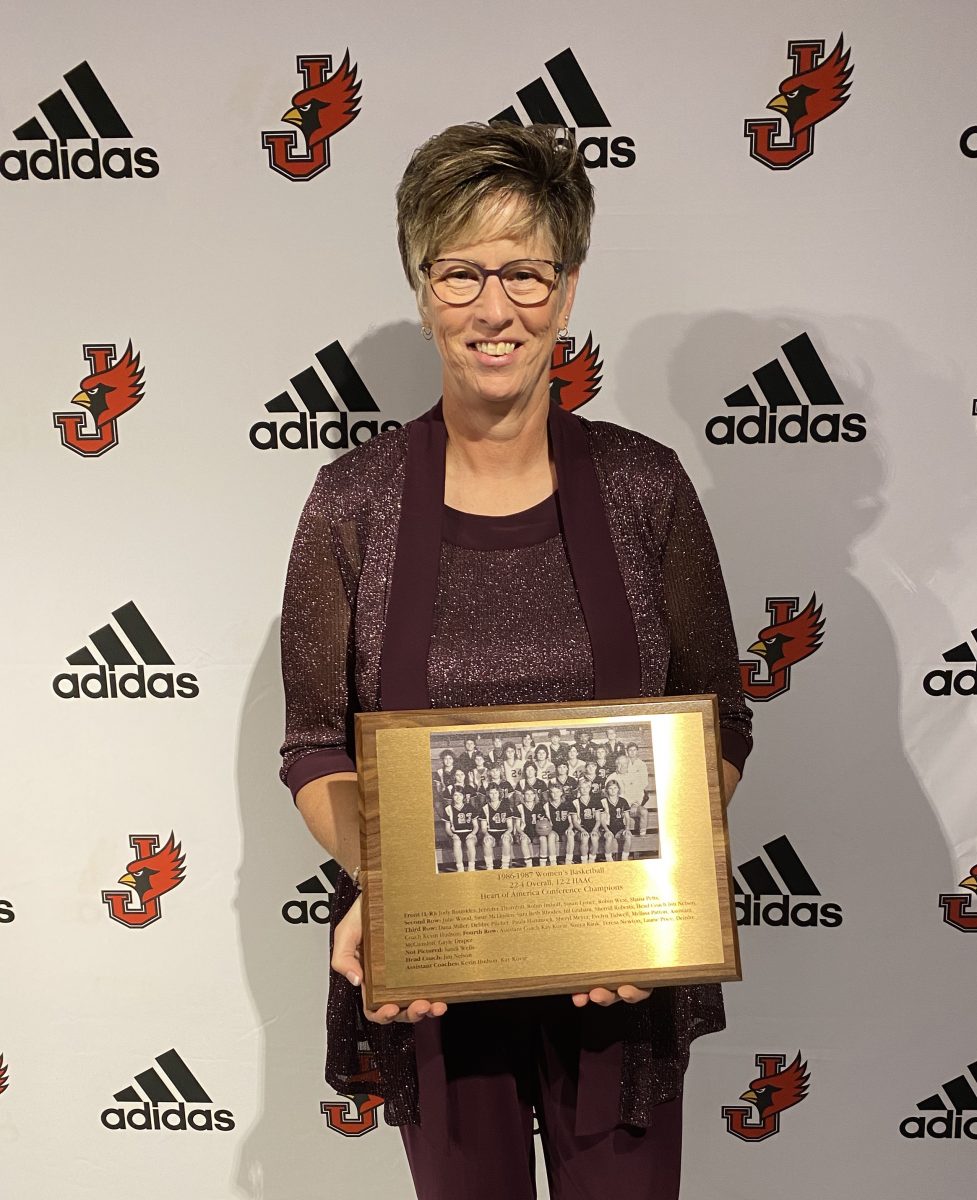 Photo submitted
Jennifer Smith holds the plaque commemorating the induction of her team into the William Jewell Hall of Fame.

It was the senior year for Jennifer (Thornhill) Smith, a 1983 graduate of Rolla High School, when her team began their season with a 15-1 streak, 9-0 in the conference. The team went on to a 22-4 finish, with a 12-2 record in the Heart of America Conference and with the school’s first conference championship. It was the team’s first season to have more than 20 wins.

Coached by Jim Nelson, the Lady Cardinals averaged 78.1 points per game and shot 46.3 percent from the field. They held opponents to less than 67 points per game.

“I think the thing that made us successful was that we handled ourselves with perseverance (through three knee injuries, two to key players), and determination to complete one goal, and that was to win,” says Smith. “We were a very unselfish team and we knew, night by night, what our role was.”

Smith enjoyed many more winning seasons as a coach for the Licking School District, sharing her skill and knowledge with many other successful athletes.