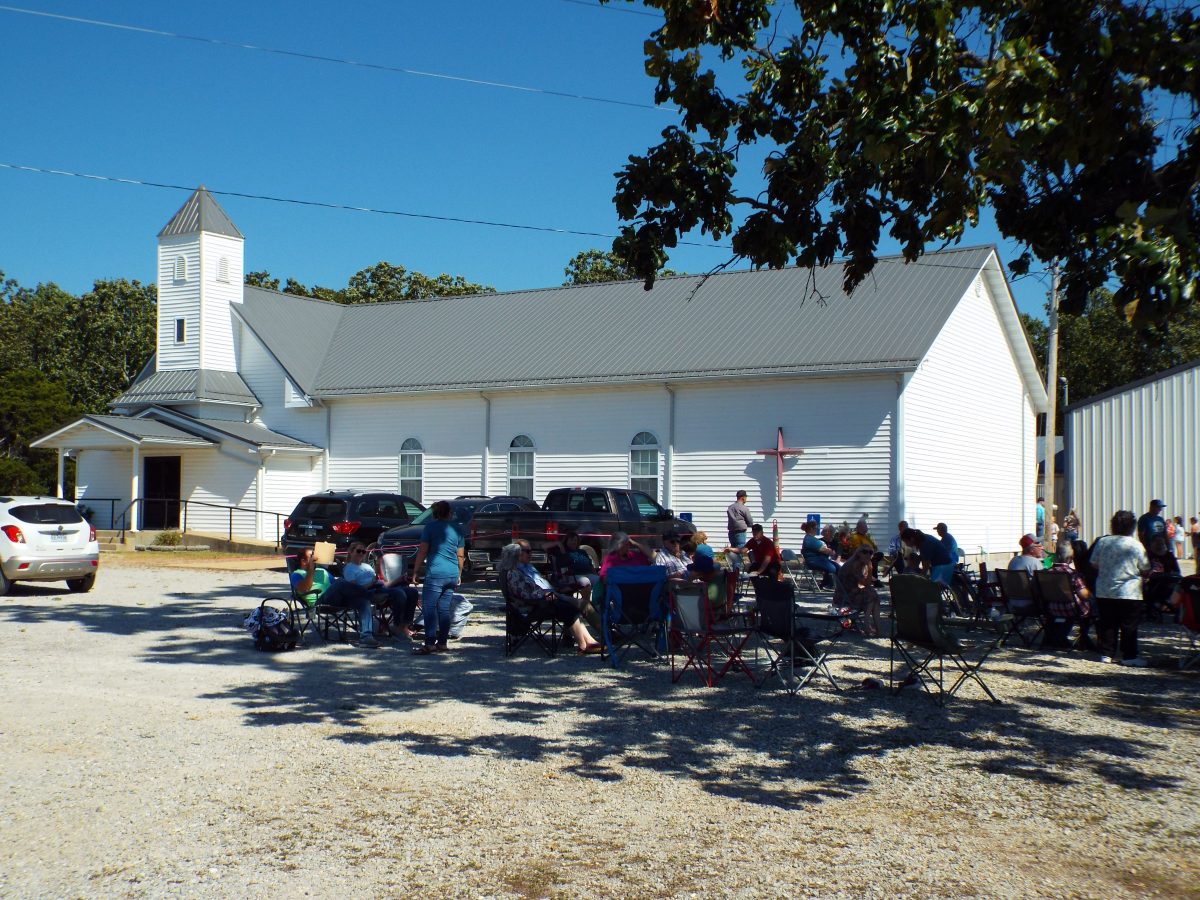 Photo by Christy Porter
Fellowship, food and fun were enjoyed by all as Rock Spring Baptist Church celebrated 150 years.

Pastor John Jordan was well pleased that such a good time was had by all as they “celebrated the faithfulness of God over the past 150 years.” 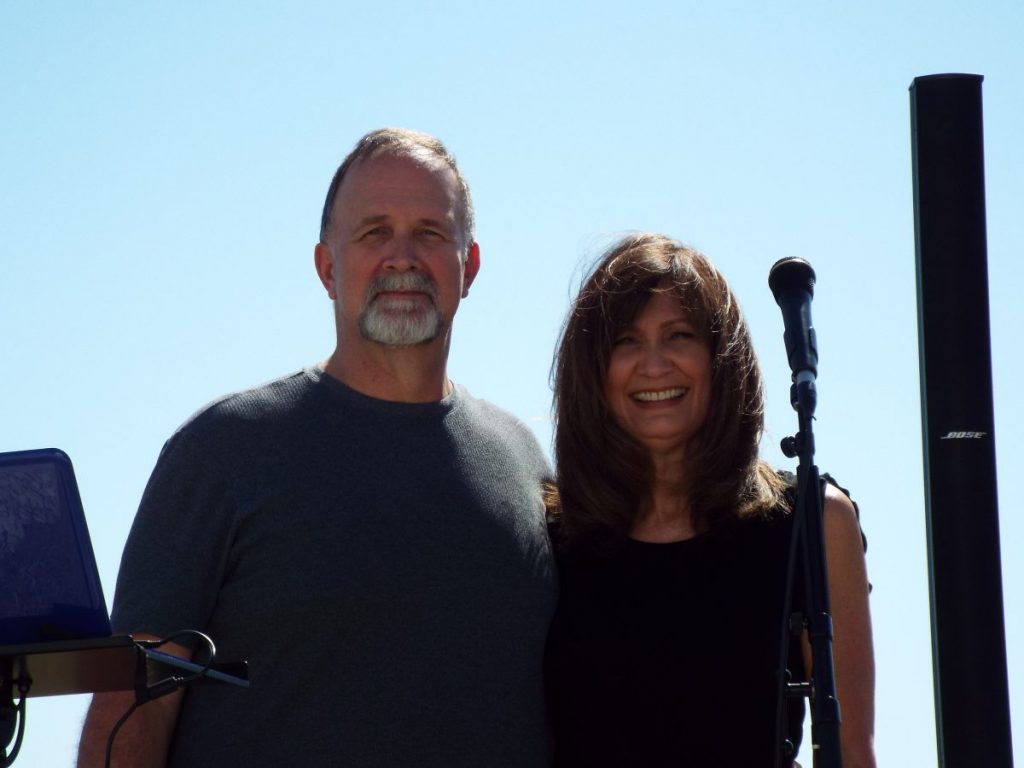 Photo by Christy Porter
The Elmore’s, Marty and Patti, shared a ministry of gospel music at the celebratory gathering. They have been sharing their music and ministry since 1987.

Festivities included bounce houses, a high striker (sledgehammer bell game), a dunking booth, a roping steer, and a corn hole tournament for kids of all ages; delicious food provided by Sandwich n’ Thangs food truck and by the church at the fellowship hall; and Marty and Patti Elmore proclaimed the Gospel in joyous and praise-filled song. All combined, they provided plenty of opportunity for a tradition of fellowship. Prayer for the church and the community was held following the singing.

Many of the congregation stayed after the morning worship service for the afternoon celebration, when additional visitors joined them. “We stopped counting at 142 persons,” said Gina Jordan.

Rock Springs Baptist Church was established in 1871, meeting initially in a log schoolhouse. The first official pastor was John F. Payne who served from 1875 to 1880, and John S. Jordan is the current pastor, serving since 2012 to the present. In 1895, records show Pastor Steve Shumate was paid $30 a year.

In 1889, Mr. and Mrs. James B. Campbell deeded acreage to the church, and a building was erected at the same location where the church now stands. The building that is now a part of the current church was completed in 1908 and dedicated in 1909. Rock Springs Baptist Church joined the Texas County Baptist Association in 1895. The cyclone of 1917 destroyed many of the church’s previous records, and records from 1987 to 2002 would again be destroyed, this time by a fire.

The church was inactive during the years of 1925 to 1930, but God was not finished and it was revived. An addition of Sunday school rooms was completed and dedicated in 1953, followed by an education building and an extension of the basement in 1967. Progress has been made from wood heat to central heat and air, from wooden benches to cushioned seating, new lighting, songbooks and musical accompaniments. A kitchen was added in 1978, with an extension made in the early 2000s, and was again expanded in 2009. A well was drilled in 1980 and restrooms added at the entrance hall in 1987. The pre-school classroom is now located in what was the original sanctuary.

Rock Springs Baptist continued to grow when, in 2002, the church added the new sanctuary, with a wooden cross that spans the length and width of the ceiling; it also included its own baptistery. Prior to this, baptisms were held at the river or at another church. A large gymnasium and bathrooms with showers were built in 2009 and completed in 2012 to facilitate the student ministry that Rock Springs Church recognized as God’s calling. Five additional classrooms were added to the church in 2018.

Revivals and brush arbor meetings have been held in the past, some that lasted up to three weeks, and during which many salvation blessings and church memberships were made. Over the years many men have been ordained as pastors and deacons, some continuing with other congregations.

The church continues the tradition of paying camp fees for their students, providing Bibles for all graduates, and sending flowers for deceased church members. They have also been involved with mission and community support work, locally and in Haiti, Africa, El Salvador, Chile and the U.S.; adults, teens and children participate as appropriate. This is in compliance with the church vision statement, “To lead as many people as possible into a growing relationship with Jesus Christ,” as directed in Matthew 28:18-20. Their efforts with the student and church ministries have been recognized in several Christian publications over the years.

As the church continues to press forward as God leads, they pray that, “They will see in our history the faithful love of the Lord,” the meaning of Psalm 107:43 to Rock Springs Baptist Church.