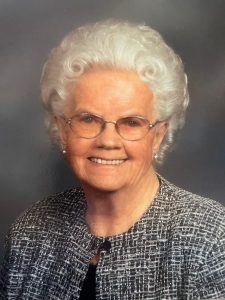 Jaunita was a hard worker; she spent years working in factories and hospitals. She retired from Fort Leonard Wood Hospital after 20 years of service in healthcare.

She loved flowers and took many pictures of them to share with others. She liked to spend time fishing in rivers and streams. Her wit was so unique, her smile and laughter contagious right up to the day before her death. She spent a lifetime snapping photos of her extended family.

Jaunita dedicated her life to the Lord at a young age and was a member of the Hillcrest Baptist Church in Lebanon.

Memorials may be made to Palace Cemetery in lieu of flowers. Online condolences may be expressed at www.evansfh.com.