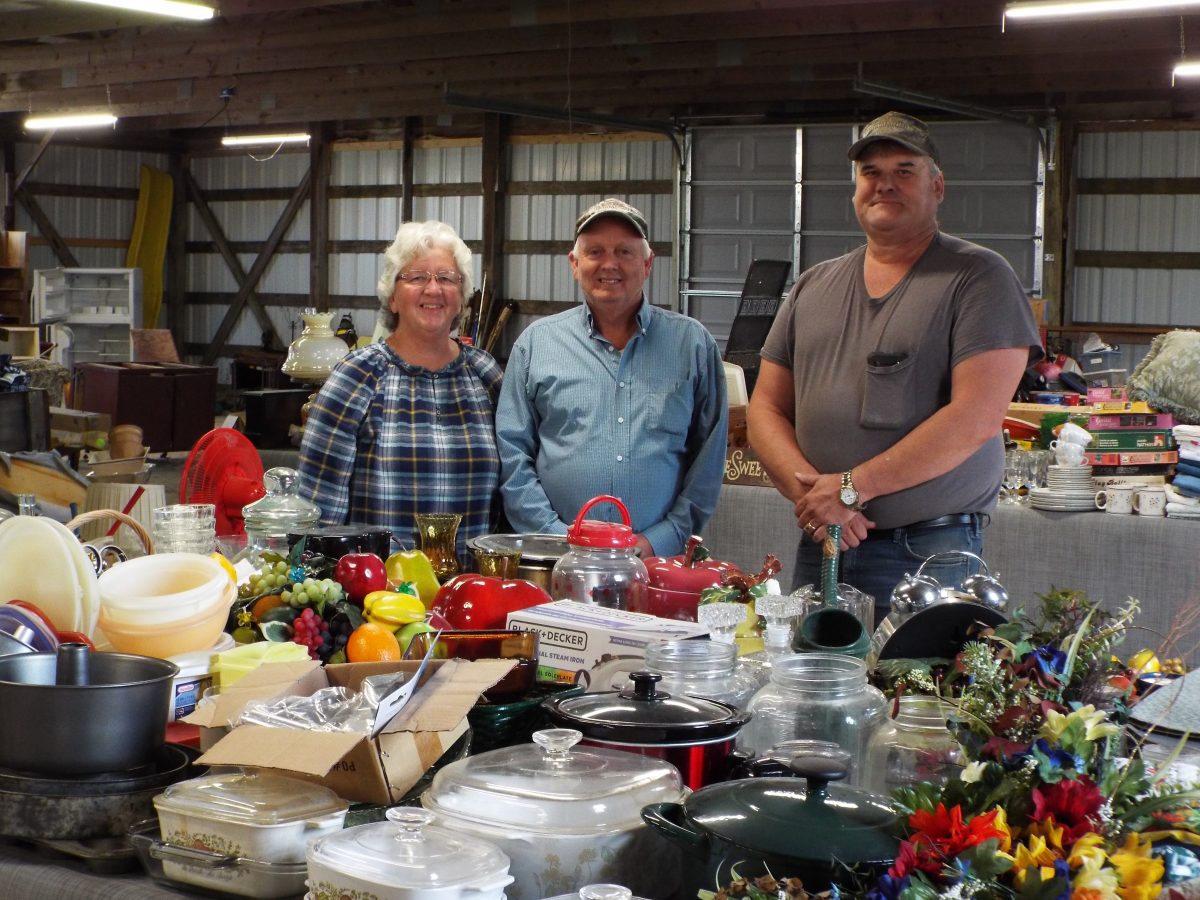 Photo by Christy Porter
Items too numerous to mention were available at the Buckner & Gately Auction, held for the first time at their new location on East Highway 32. From left, Pat and Steve Buckner are thrilled with the new facility that Mike Hammond (right) and the Burkes have finished at the historic location.

“One door closed as another door opened,” said Steve and Pat Buckner of Buckner & Gately Auction Services on their recent opening at a new location on East Highway 32.

In July, the Licking Development Board had a buyer for the old Rawlings building located on Cedar Street, where auctions had previously been held, prompting the need for a change of venue. At around the same time, Jordan and Justin Burkes, with Jordan’s father, Mike Hammond, purchased the Licking Sale Barn property adjacent to Hammond Feed.

The Buckners and Hammond got together and reached a mutual agreement, as Buckner vacated the old building the first of August. While auction services had been curtailed pending the new building’s completion, it was with great excitement that the first auction was held on Saturday.

Buckner and Gately wish to thank their clientele for their patience while the business moved from the old to the new, and are eager to continue with estate sales at their new location or at a client’s estate location.

“We’re excited and glad to make use of the building,” said Hammond. “We’re getting good neighbors and appreciate the opportunity to work with Buckner & Gately Auctions.”

Local sentiment runs positive that again sales, albeit not livestock, will again be held on the property. Buckner assures, “Recognizing this spot was a cattle pen for 20 plus years, the manure is out!”

The cattle pen rails were removed, and with support posts and the roof intact, the Hammond family sided the facility, including two roll-up doors and two side sliding doors. This allows for great ventilation, as well as expediting loading and unloading of auction items. The windows allow for additional light in the already well-lit, open and airy building. It is a large facility, allowing for better distribution and a larger quantity of auction items. An auction cart moving down the rows will facilitate a well-organized event for attendees. A kitchen facility with amenities has been added, as have two handicap accessible restrooms and an office. The current flooring is a very fine gravel turkey chat, which will pack over time, but as the structure is a work in progress, concrete may replace that in the future. 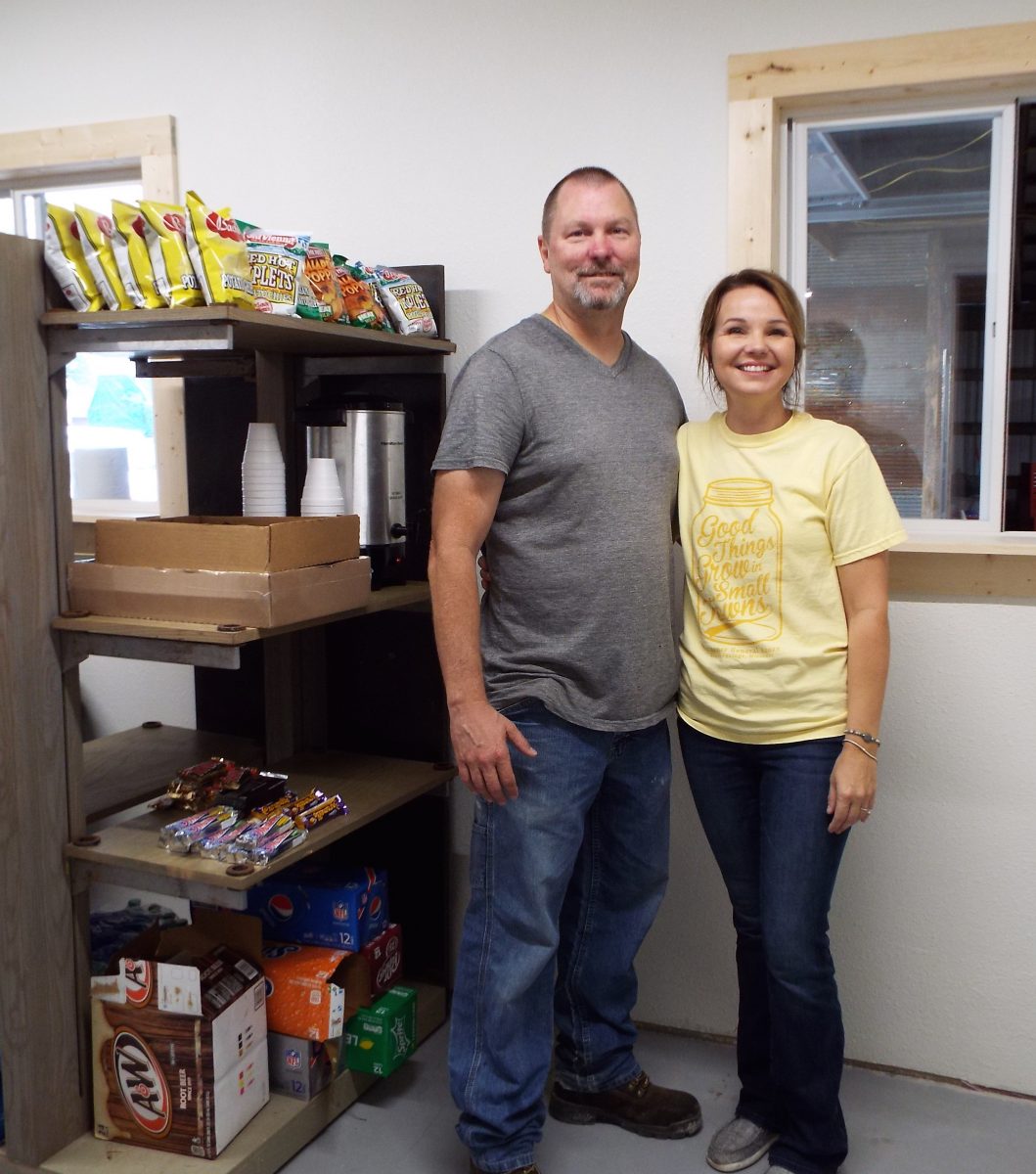 Food has been provided during auction sales by many entities over the 47 plus years Buckner has been chanting his auctions. Widener General Store will now be providing the food services. “We come to the auctions, so we’re pleased that we can also now provide the food concessions as well,” said Winter Rabun. “We plan to expand the menu and offer seasonal items, as the facility does allow for that.”

Any enterprise, established, new or relocated, is a contribution to the community. This property is no longer an eyesore but a nice improvement with room for expansion of new or expanded businesses.