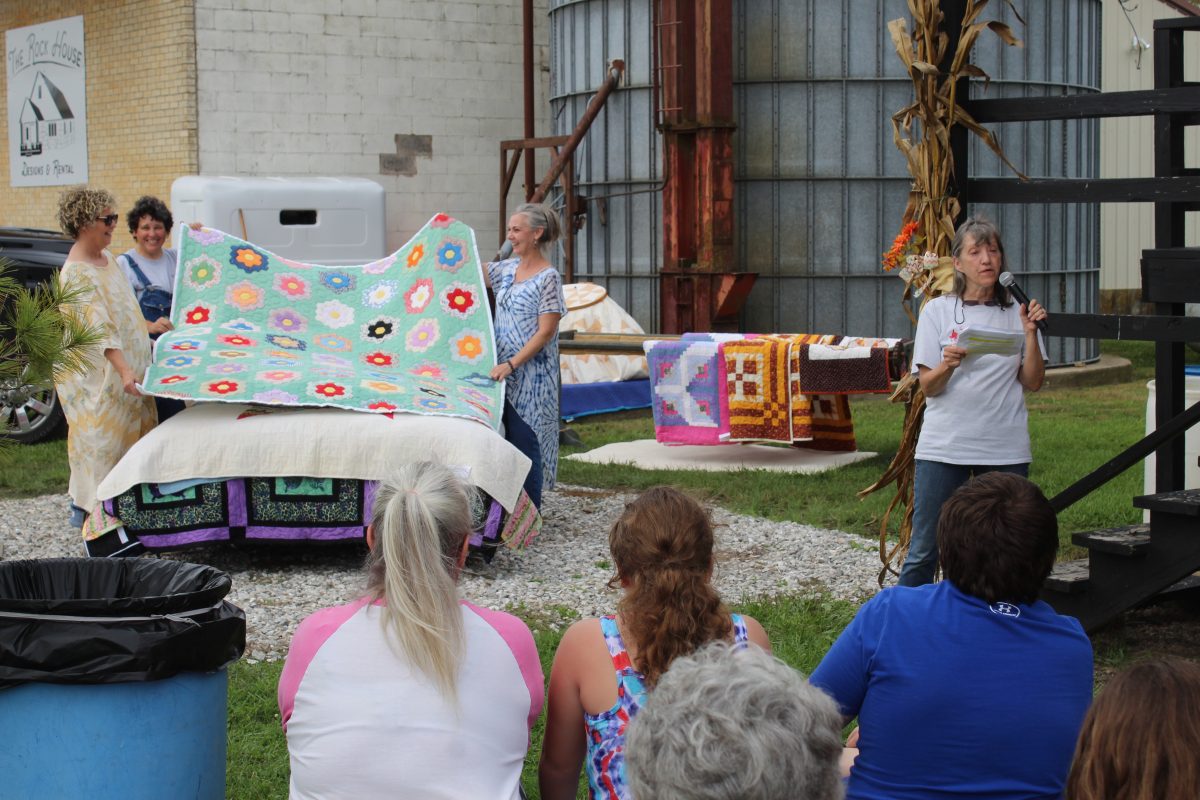 Licking Downtown, Inc., held their annual Fall Festival fundraiser Saturday at the Licking Mill. In addition to the Bushwacker Band, there were vendors, storytelling, mill tours, raffles, a pumpkin parade, ham & beans, and new this year was an old-fashioned quilt turning. 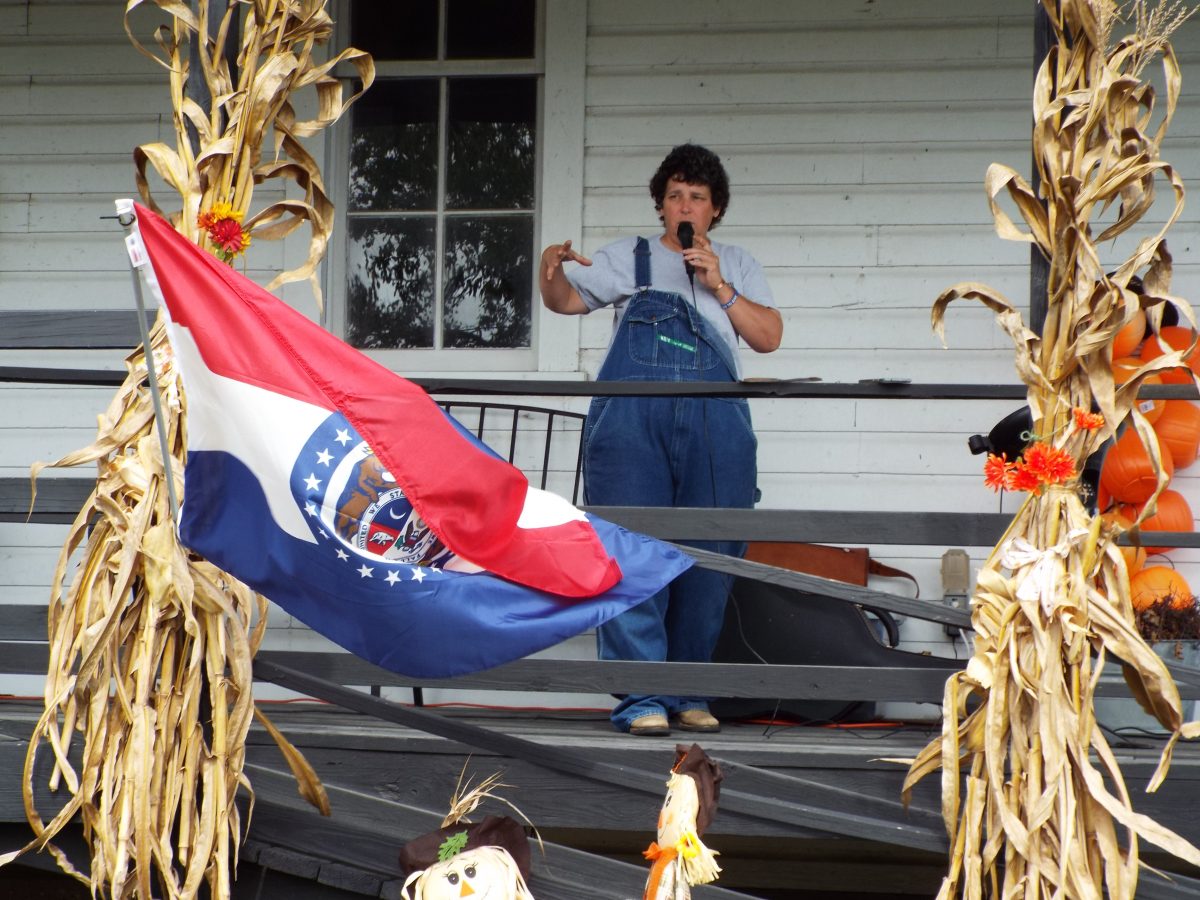 Photo by Christy Porter
Storytelling by Suzie Blackburn at the Fall Festival. 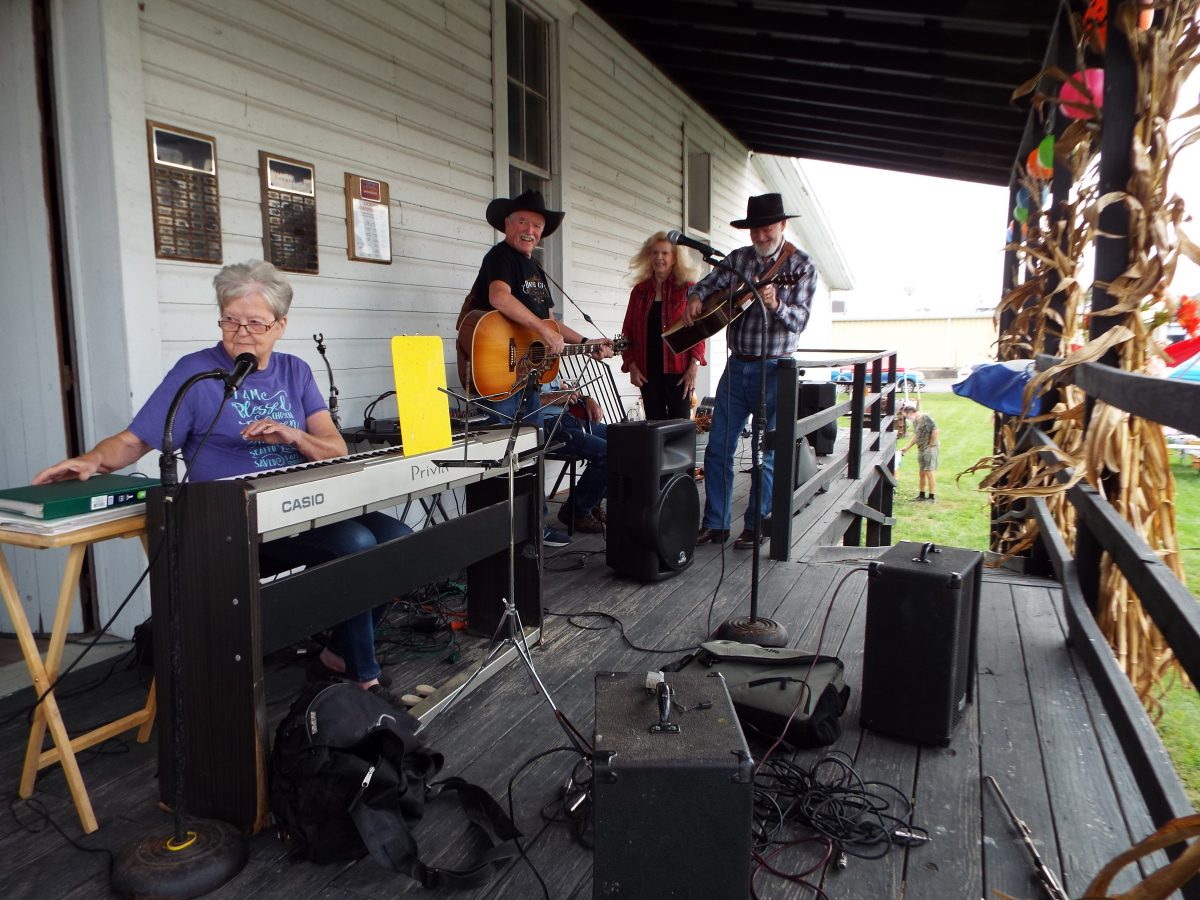 Photo by Christy Porter
The Bushwacker band was pickin’ and grinnin’ on the porch of the mill.

Suzie Blackburn was three or more places at once, as the Mill Tour guide, the Storyteller, and overseeing the Wildcat Travel Club booth. The Bushwackers entertained with their old time favorites as they were “Pickin’ on the Porch.” Conway Hawn dished up ham and beans with cornbread, made by the McHollands, and delicious. Joan Brannam offered Licking Mill t-shirts and this year’s Licking calendar at the Licking Downtown booth, along with 50/50 raffle tickets and raffle tickets for two baby quilts and a twin-size quilt. Toni won the 50/50 raffle; Conway Hawn won both baby quilts, donated by Jim Maddox; and Janet Bennett won the twin size quilt donated by The Licking News.

Christy Porter, Sue Storm and friends displayed and described several beautiful and well-loved quilts in the quilt turning. They invited people to bring their quilts next year and join the event, showing their favorites and sharing their stories.

Photo by Shari Harris
Licking Elementary students and Licking Residential Care decorated festive pumpkins, on display at the front of the mill.