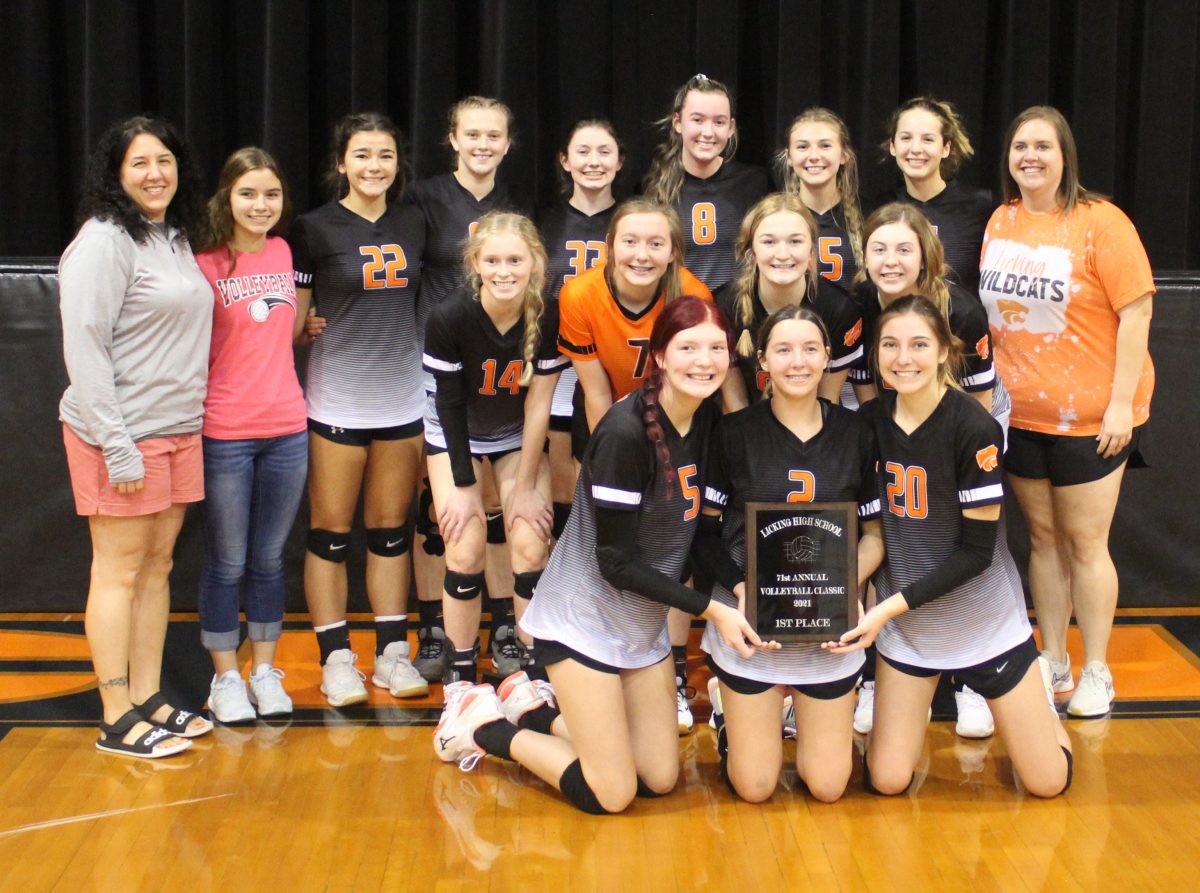 Wins by Varsity and Junior Varsity over Summersville on Tuesday night, October 5, set the tone for the week, as the Lady ‘Cats headed into senior night Thursday and their home tournament, the LHS Classic, on Saturday. Varsity won 25-14, 25-16 and 25-14. JV wrapped up their best of three with 25-11 and 25-14 scores.

Senior night honored three players and a manager for the Lady ‘Cats. First announced was Cadrian Hutsell, daughter of Calem and Stacie Hutsell. She is a manager for the team as well as a cheerleader and a talented singer who can be heard performing the National Anthem at many games and events.

Senior player Kiley Ingram, daughter of Jason and Cassie Ingram and mother of Harper, was the next to take the floor. In addition to her skills on the volleyball floor, Ingram is an integral part of Lady ‘Cats basketball. She plans to eventually become a nurse practitioner.

Senior class president Winter Murray was the next Lady ‘Cat announced. She is the daughter of Josh Murray and Faith and Brian Sullins. You can also see her excel on the Lady ‘Cat basketball team. She also participates in FCCLA, Science Club and Pep Club.

Kylie Taylor, daughter of Terri Moncrief and Jerry Sullins, completed the honorees for the night. Her accomplishments include All-District, All-State and Academic All-State honors. She is also a vital part of the Lady ‘Cats basketball team. She plans to continue her athletic and academic career after high school.

Saturday was the 71st annual LHS Volleyball Classic. The ten-team tournament was divided into two pools, black and orange. Licking won all sets in pool play, defeating Cabool, Willow Springs, Steelville and Summersville. They rolled over Houston in the semifinal match, 25-18 and 25-14. Mtn. View was also unable to stop them in the tournament final, with Licking winning the LHS Classic, 25-15 and 25-18. Mtn. View finished second and Houston took third over Willow Springs.

Varsity’s final home game was scheduled for Tuesday against Eminence. The Class 2 State Tournament will begin with first seed Licking entering district play in Houston on Oct. 23 at 3 p.m., vs. the winner of the Mansfield/Thayer contest on Oct. 21. The advancing team will take on the winner of the Houston/Liberty match in the District Finals on Oct. 25 at 6 p.m.