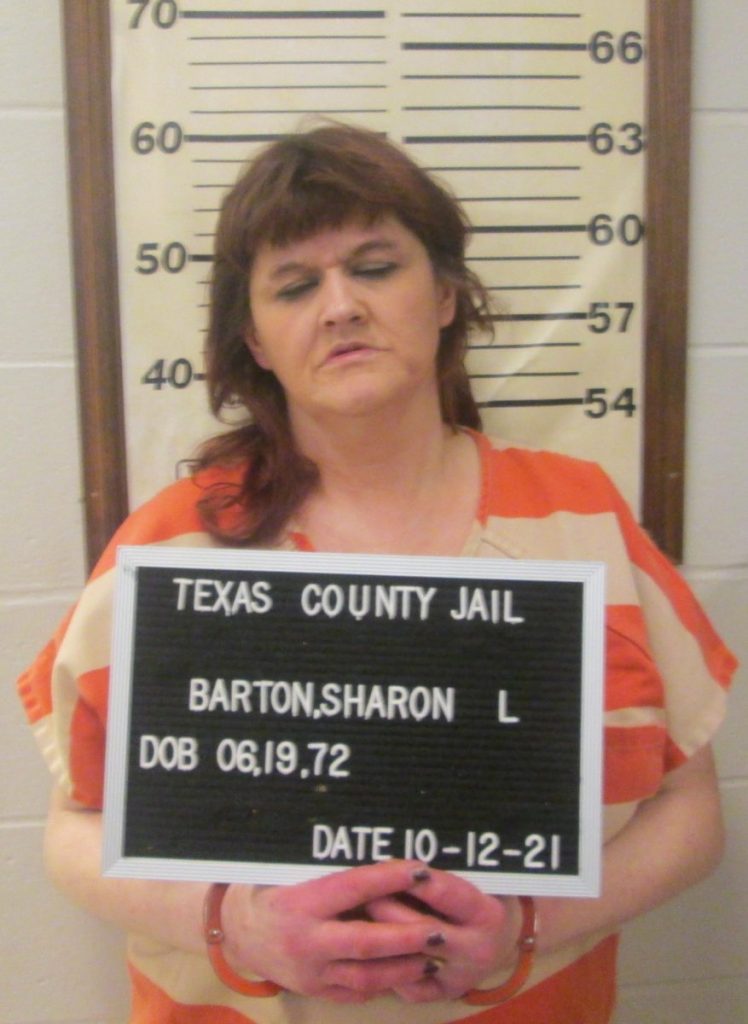 On the evening of October 12, 2021, a Texas County Sheriff’s Deputy patrolling E Highway initiated a traffic stop on a vehicle for a registration violation. During the stop a female passenger later identified as Sharon Barton provided the deputy with a false name. The deputy was able to determine the correct name and a records check on the female indicated she had arrest warrants from Texas County. Barton was taken into custody on the warrants. During the booking process at the jail, it was discovered that Barton had methamphetamine concealed on her person.

Sharon L. Barton, age 49, of Houston, was arrested and transported to the Texas County Jail. Barton was held on felony arrest warrants charging her with probation violation, unlawful use of a weapon and possession of controlled substance. An additional probable cause statement will be submitted to the Texas County Prosecuting Attorney seeking another charge of possession of a controlled substance.