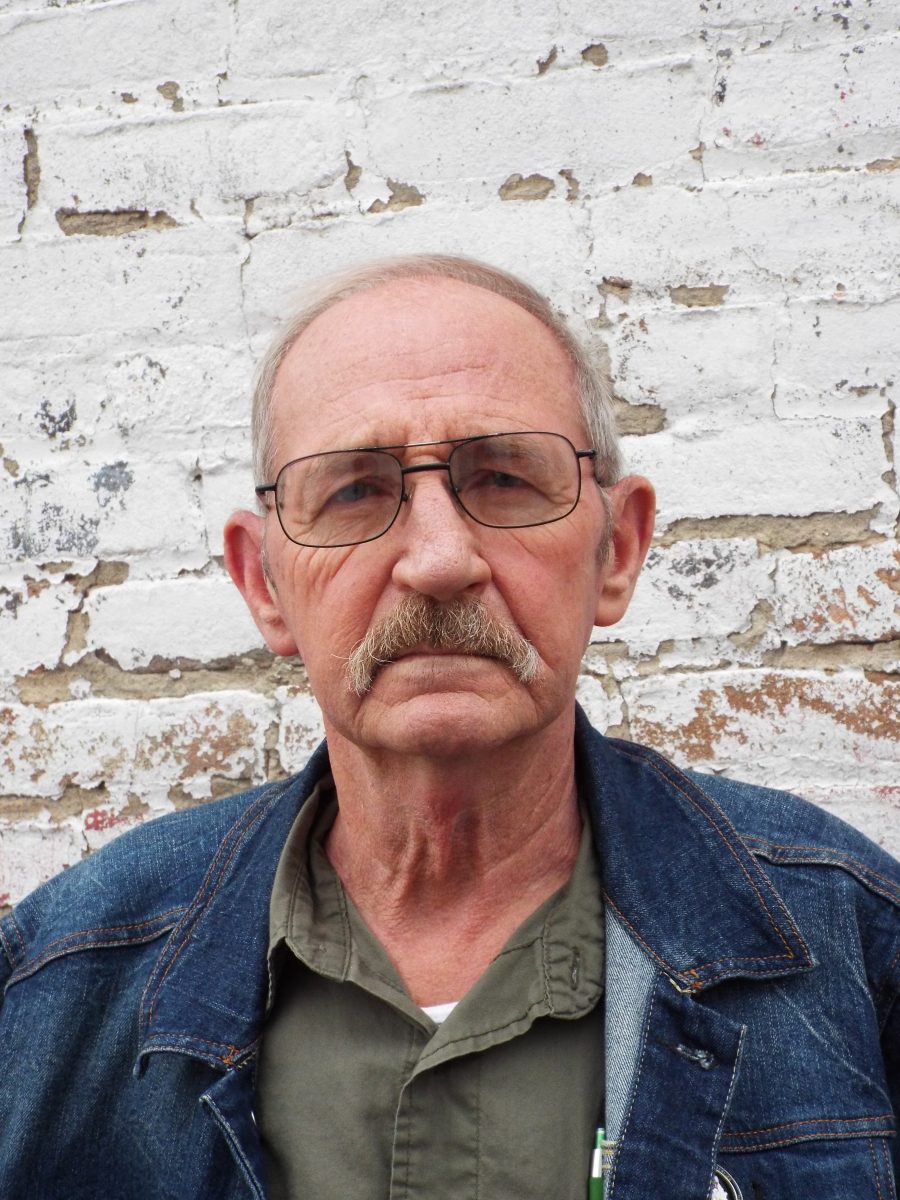 Charles Hayes was born June 9, 1949, in Raymondville, and grew up there and in the surrounding communities of Licking and Houston before the family moved to Kansas City, Mo.

While in the service he was a combat engineer and operated equipment, which included dozers, graders, backhoes and five-ton dump trucks. He maintained two drivers’ licenses for his qualifications and transported troops, hauled equipment, supplies, laundry and sand for bags and roadways.

Hayes volunteered for the U.S. Army on a five-dollar bet at the age of 18 in Kansas City. While walking by an Army enlistment office in downtown Kansas City, the older brother of a friend said, “I bet you five dollars you won’t join.” Hayes immediately walked in and enlisted. The brother, a year older than Hayes, left for college and never paid off the bet.

Hayes’ father had to sign for him to join and was upset because Hayes had joined the Army and not the Navy. His grandfather had served in the Navy in the 1800s and his father was drafted into the Navy and served in WWII as a cook. When the senior Hayes asked why the Army, Charles’ answer was, “I could crawl further than I could swim.”

The requirements of his enlistment completed, Hayes was sworn in June 29, 1967. He was shipped to Fort Leonard Wood to complete his basic training and training as a light vehicle operator. He qualified as an expert shot (44 out of 45) with an M16.

After a two-week furlough he reported to Ft. Lewis, Wash., and then flew out to Vietnam, arriving at 8th Engineer Battalion 1st Air Cavalry headquarters. He completed a five-day jungle training and remained at that landing zone (LZ) until just after the January 30, 1968, Tet Offensive.

Soldiers helped their comrades out while enduring combat and dangerous situations. Hayes remembers crawling to help pull a bivouacked soldier into his foxhole after receiving mortar fire; it was not unusual to be mortared multiple times daily. A wartime memory that still brings tears to his eyes happened shortly after his arrival in Vietnam, when a 20-year old soldier, crying for his mother, died in Hayes’ arms.

He was then transferred to Camp Evans, Vietnam, in February 1968 until November 1968. While at Camp Evans and performing a road mine sweep in March, he ran into a mine that exploded. It blew up his truck and Hayes, on fire, went into a rice paddy to extinguish the flames and ease the burning. The shrapnel was removed; his recuperation lasted for two weeks, after which he was placed on light duty, and he then returned to regular duty doing mine sweeps. A few weeks later in April, and in the same general area, he again had a mine explode. He had done some precautionary protection additions to his truck, so while the truck was destroyed, his injuries were less severe.

While on the Ho Chi Minh Trail, a Viet Cong stronghold was discovered. Sometimes having to be a tunnel rat, Hayes explained what one did when confronted with a pit viper (snake).

“You carried a gun, a machete and chewing tobacco, I still keep chewing tobacco handy. Using the chewed tobacco, you spit in the snake’s face and then cut his head off,” Hayes said.

Chosen as a door gunner replacement for the 227th Air Cav outfit on the Ho Chi Minh Trail in June 1968, he was shot in the foot. The life expectancy for a door gunner (wounded-not killed) was two weeks. This, Hayes’ first liftoff, was ended by the wound. The helicopter immediately landed; Hayes was let out, bandaged, and he returned to Camp Evans.

“I called home from Hong Kong while on furlough August 3, 1968, to wish my brother, Ron Hayes, a happy birthday, and I discovered that the government had told my parents I had been killed in action in February,” shared Hayes. He remembers that phone conversation word for word.

Operator, “Would you accept a collect phone call from Charles Hayes?”

Charles, not knowing he was reported deceased, “It’s me Jo – it’s Chuck.”

Operator, “Would you accept a collect phone call from Charles Hayes?”

When told about his demise, Hayes said, “You’ve got to be kidding me!”

The family had buried an empty casket and was waiting for the government-provided stone, which was never received.

“Upon checking with government personnel in Onkay, I found that they had pulled my personnel records in a February mix up with a person that had the same last name. The deceased Hayes was a 3rd Platoon soldier and had been blown up by a mine,” explained Hayes.

Hayes was then transferred to a Cambodian border location. He requested a six-month extension serving at Cam Ranh Bay, which was denied with an offer to stay with his current company. Hayes chose to return to the states. Hayes returned home on November 22, 1968, and completed his enlistment at Fort Leonard Wood, where it all began.

Hayes took advantage of the G.I. Bill when he attended school at Cowley County Community College in Arkansas City, Kan., graduating with a degree in Police Science and Criminal Justice. He utilized that education and degree as a police officer in Arkansas City and as a deputy sheriff for Cowley County for approximately 10 years. In 1989 he was hurt and medically discharged.

Hayes then went back to school and earned his FAA license. He worked at General Electric Engine Service overhauling aircraft engines and retired in 2011, prior to returning back to the Raymondville area.

The nightmares of Vietnam continued long after his return to the states. He continues to suffer and be treated for PTSD and other health issues likely linked to his exposure to Agent Orange and a diagnosis of malaria. Hayes was actually sprayed with Agent Orange while in the field on the Ho Chi Minh Trail, jumping into a river to try and remove what he could.

Our sincerest thanks to Vietnam Veteran Charles Hayes for his service and sacrifice to our country.