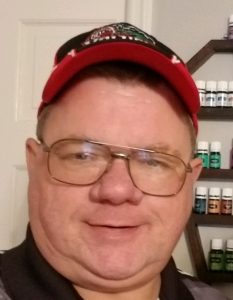 Jefferson James Edward McLarning (Jeff) was born September 7, 1963, to Bill and Linda McLarning while they were stationed in Paris, France, during the Vietnam War. He passed away July 5, 2021, at Central Florida Regional Hospital in Sanford, Fla., at the age of 57.

Jeff lived his life always giving more than 100 percent to anything and everything he would do. As a son, brother, husband, dad, grandpa, poppy, friend, employee, and most importantly, Godly Christian man, devoted to his Lord and Savior, Jesus Christ, he only knew how to give his very best. He didn’t know how to do anything a little bit, especially deeply loving those who were important to him. He had the biggest heart of anyone you would ever know.

From childhood he was interested in building, fixing, figuring out how things work, rebuilding and learning how to even better do those things. This love was first made evident when he started building and fixing bicycles for neighborhood kids, including spray painting them as they hung against the garage wall that was multi-colored in shapes of bicycle frames. He was the go-to for small engine and car repairs. If he didn’t know how, he would figure it out. His woodworking skills had been honed and mastered; he built beautiful pieces for function, decoration and fun. Even as a junior high kid he was taking odd jobs and staying busy, stopping only to sleep a little. And no matter what vehicle he was driving, it always looked its very best.

Jeff was fun-loving, God-fearing, sensitive, kind, big-hearted, generous, and had the biggest sense of humor. He had perfected the art of Christmas decorating and gift wrapping with things like duct tape, cable ties, and layers upon layers of boxes and wrapping paper. He delighted in seeing his family having fun around the table, around the Christmas tree or simply just being together, no matter what they were doing. He was a fantastic cook, Christmas treat maker, and gift-giver.

He took great pride in his family and his work. If a person needed help, family, friend or stranger, he would stop whatever he was doing to lend a helping hand. He could be counted on;, he lived by his word and a handshake and he had the integrity and reputation to back it up.

Jeff loved music of all kinds. He found deep comfort and had lifelong memories in old southern gospel and country gospel music. He could relax, unwind, and decompress listening to Hank Jr. turned up loud with the windows down, driving his truck. His shop was also a place of solace and relaxation.

He had endured more than his share of sudden, unexpected losses of people he loved. His heart never fully got through those losses, they weighed heavy on him and he quietly carried that hurt and loss, yet never allowed it to make him bitter, never allowed it to keep him from loving others fully and completely. Our hearts were shattered when we lost him and our lives will never be as full. We carry his memory proudly and are forever grateful that God gave him to us for even a too short time.

A memorial service will be held at a later date, which will be announced once it is set. Until that date, we encourage you to remember Jeff in the way that you knew him – help a friend or neighbor, take a drive, offer a prayer in church, show a young person how to fix or build something, teach someone about their car so they know how to talk to the repair person, don’t miss an opportunity to spend time with family or an old friend. And we invite you to join Jeff’s sister, Cindy, on Friday, November 5, at 7 p.m. (CST) for a Facebook live, playing all of Jeff’s favorite gospel songs. Even if you are not “friends” with Cindy on Facebook, this live will be made public so anyone will be able to watch. You can find her Facebook page at CindyandGrant Timbrook. If you cannot watch at that time, the video will be saved on that same page so you can watch it later. Well done, good and faithful servant. You ran the race, you finished the course. You no longer have to “only imagine.”