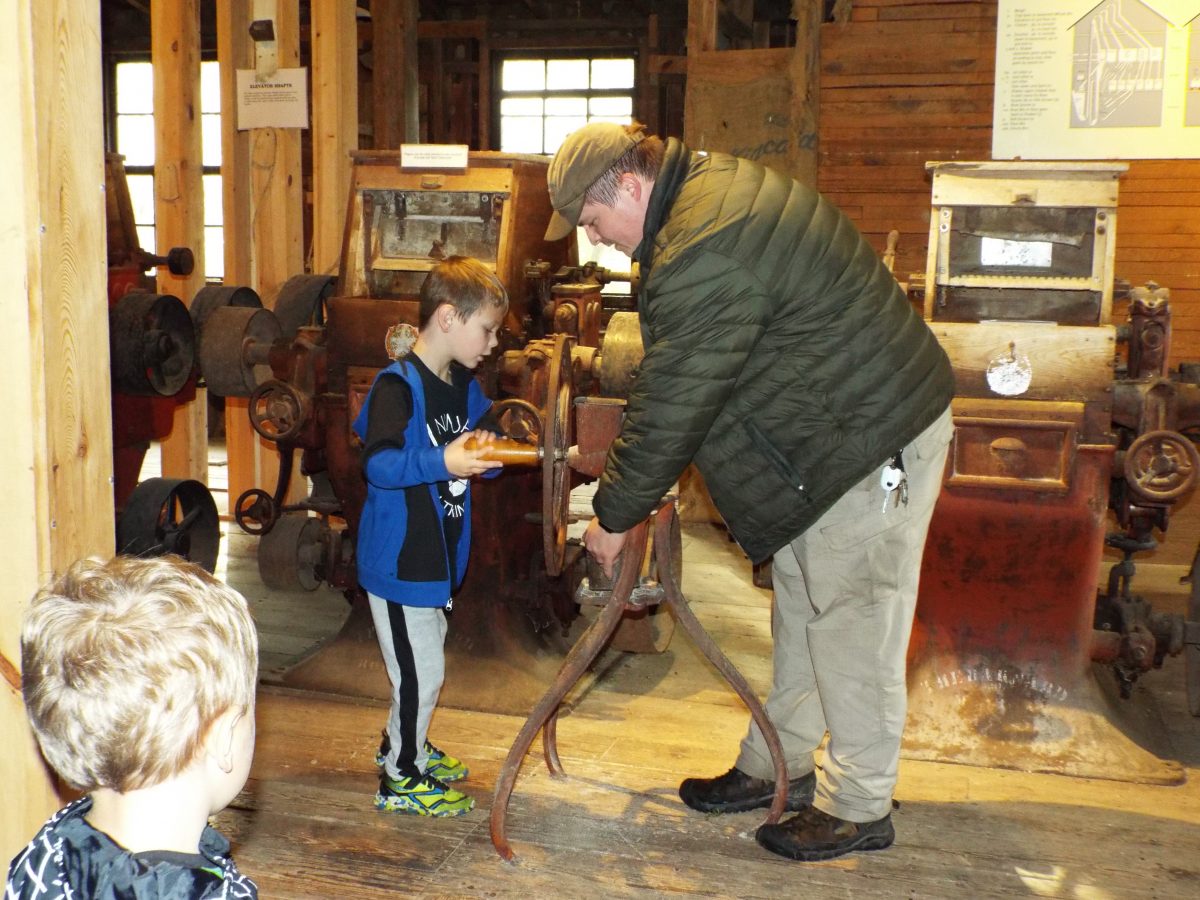 The historical figures interacted with and answered questions for visitors to the mill. Reminisces and history were shared by a CCC camp worker who had helped with construction, some of which still stands at the park; the Alred schoolteacher; the miller and postmaster himself, he multi-tasked as there were few employees; prominent old-timer Susie Nichols, who actually once lived in a cabin on the Current River; the storekeeper, who also long ago sold unconventional medicines (and on Saturday handed out candy); and one-term Governor Teasdale, speaking and even campaigning from his long ago living quarters at the mill. Guthrie shared much information about the mill history, equipment and buildings features. Some explanations required much enjoyed visitor participation.

The afternoon began earlier with fun events for the kids and adults alike. A pumpkin painting was well attended with fall and Halloween decorated projects. After completion, Kaitlyn Davis, Connie Cook, Brittany Cook and Kristen Howell judged them in the pumpkin contest. Despite hard decisions the judges determined that Kendra won first place, Carmen was second place and Rylann placed third. They received specially made wooden trophies and a choice of prizes.

Games for the young and young at heart were ongoing throughout the afternoon and included a haunted ring toss, a pumpkin Tic Tac Toe, a string ball toss and bowling. After heavy rain earlier in the day and chilly temperatures, several enjoyed the campfire that burned brightly. Also on display was a farm tractor and trailer loaded with wood and chickens. Attending was Kaylyn Dalbom, a rural American who also later began the informational mill tour.

After a fun-filled day, the evening concluded with a spooky campfire.