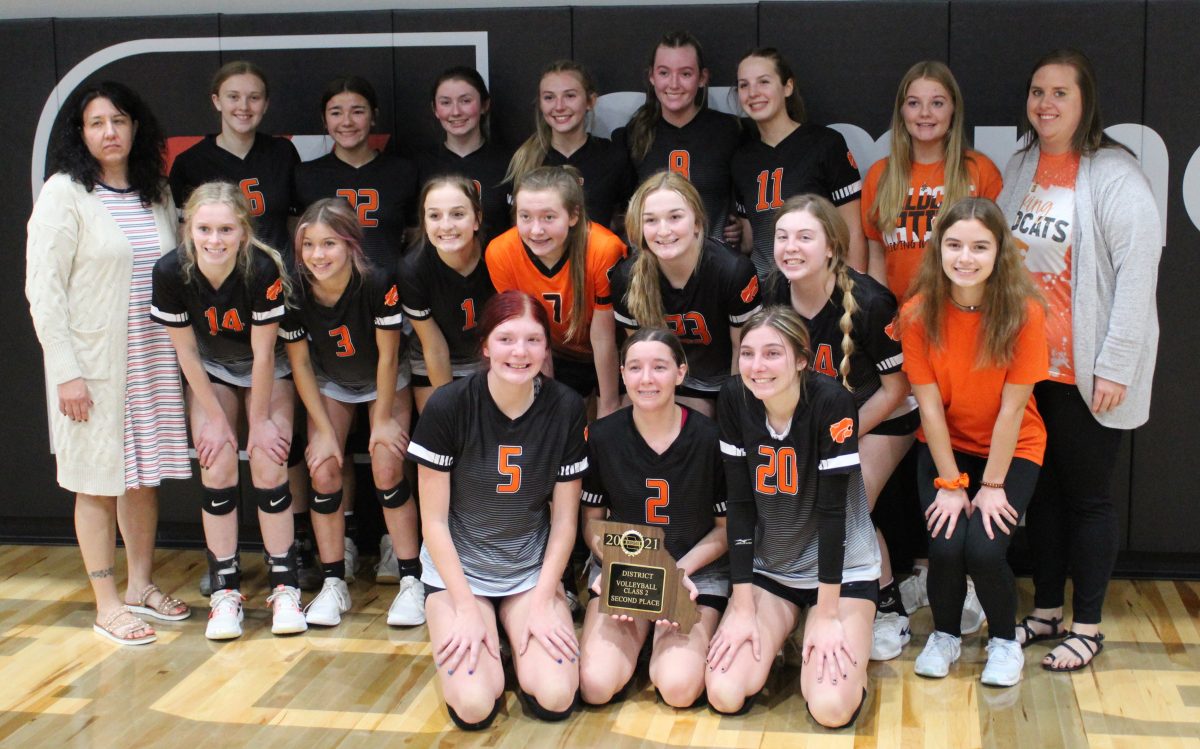 The Licking Volleyball Lady ‘Cats entered district play Saturday afternoon, taking on the Thayer Bobcats at Houston, the host for this year’s district round. Licking took an early lead over Thayer, winning the first set with a convincing score of 25-7.

Thayer carried their momentum into the third set, and it appeared the match might go into extra sets, with Licking down 9-16 at one point. Some key kills by Abbie Sullins and blocks by Kiley Ingram helped turn the momentum around and the Lady Wildcats pulled even with the Bobcats at 17-17. Two Thayer time-outs couldn’t stop the tide, and Licking finished the third set 25-20, advancing to the district final Monday against Mtn. View-Liberty.

Licking faced a determined Mtn. View-Liberty team Monday evening, and luck was on the side of the Lady Eagles. The Lady ‘Cats struggled with hitting out of bounds, and blocks by Mtn. View compounded the problem. An injury sidelined senior Kiley Ingram for part of the second set, adding to the situation. Some unbelievable saves by Mtn. View kept their momentum going, and the Lady ‘Cats fell, 16-25, 20-25 and 19-25.

A rough night should not define the Lady ‘Cats season. They had an excellent year, finishing 30-6 and winning the Cabool Tournament and the LHS Volleyball Classic. Licking also defeated the Mtn. View-Liberty Eagles in both of their previous matches this season.