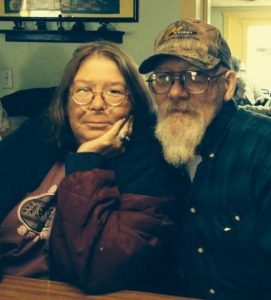 Janet is preceded in death by her father Paul Reed.

Janet was a member of the Licking Christian Church. She was baptized as a teen and remained a faithful Christian throughout her life.

Janet married Charles Wallace November 19, 1979. She loved her husband as deeply as any wife could love a husband. They are a matching set so, when she finally let him capture her heart, they were inseparable.

Janet loved camping and fishing with Charles and embraced whatever new adventure he proposed, and he took her to the edge of the world and back.

She loved her daughters and grandchildren tremendously. She was a homemaker in every sense of the word. Not only did she provide a loving home for her daughters, but she also accepted others and treated them as her own. She always welcomed a new addition to her family.

Online condolences may be expressed at www.evansfh.com.

The family will be hosting a Celebration of her Life at a later date. Cremation was under the direction of Evans Funeral Home.