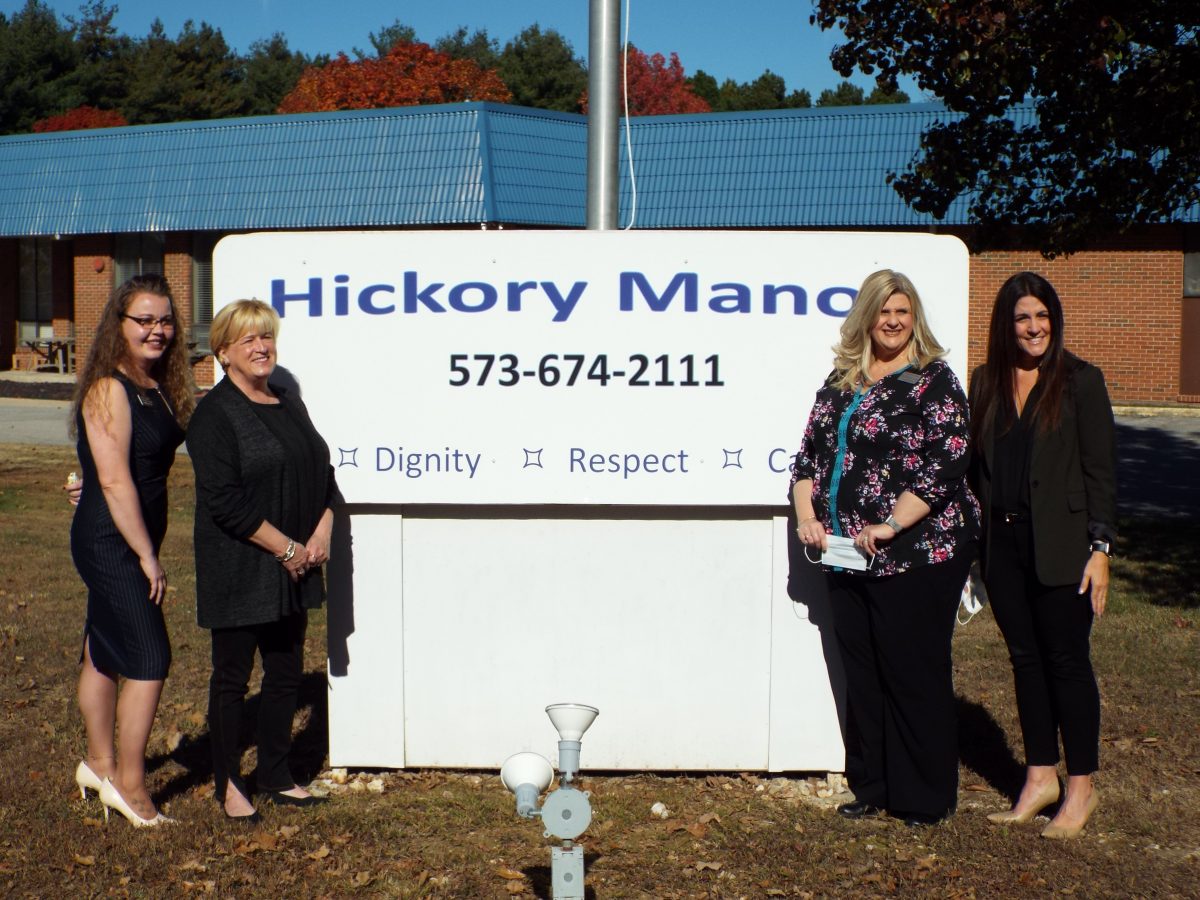 Missouri State Senator Karla Eslinger visited Licking on Monday. Among her stops was Hickory Manor, where she toured the facility and visited with some of the residents and employees.

“I have a special place in my heart for our most vulnerable citizens, the elderly, the young and our veterans,” said Eslinger. “I am doing what I can to help support them and those who care for them.” Special concerns resulting from COVID-19, healthcare staff burnout and care worker shortages are prevalent all across the country. 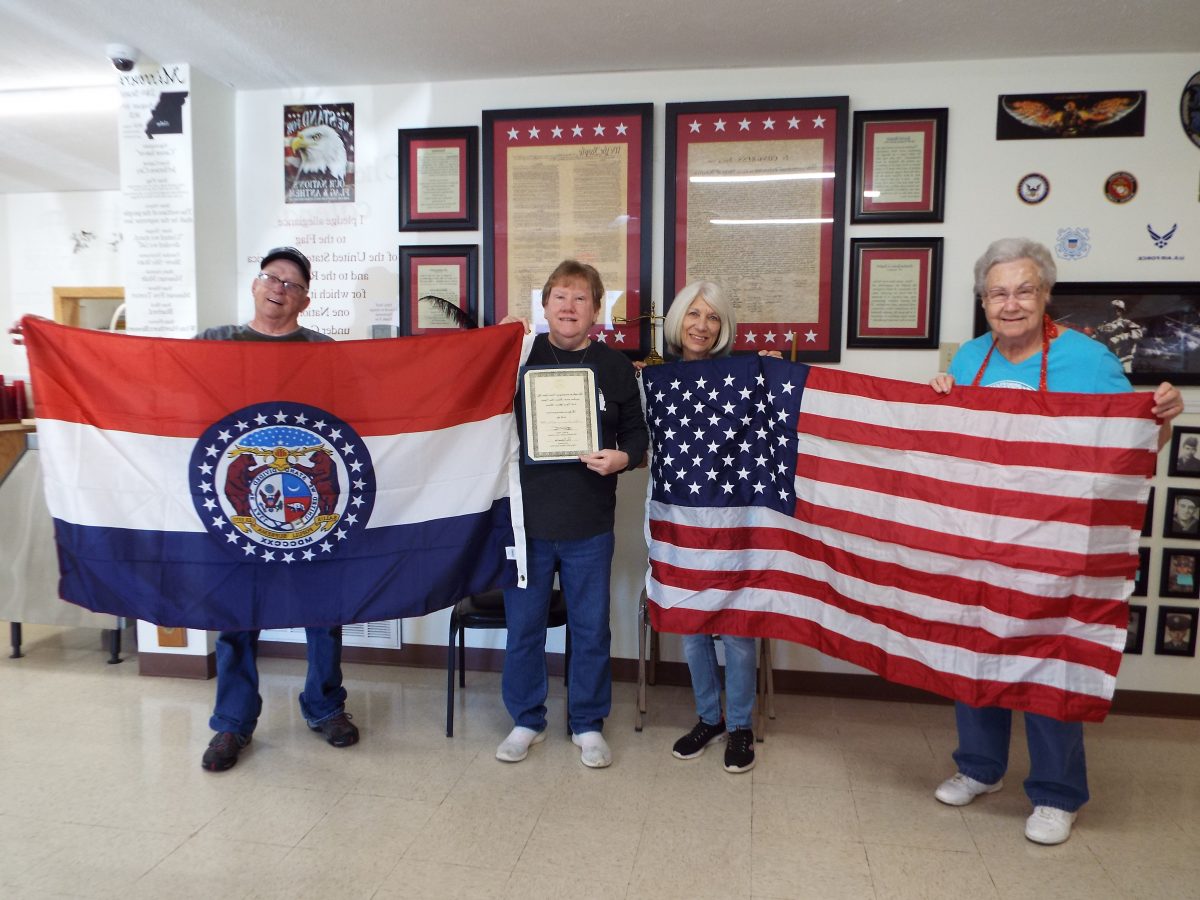 Sen. Eslinger also stopped by the Licking Senior Center where she participated in ping pong competitions much to the enjoyment of all, shared lunch and presented the center with a Missouri State Flag and an honorary United States Flag that had been flown over the Missouri State Capitol on October 12, 2021. 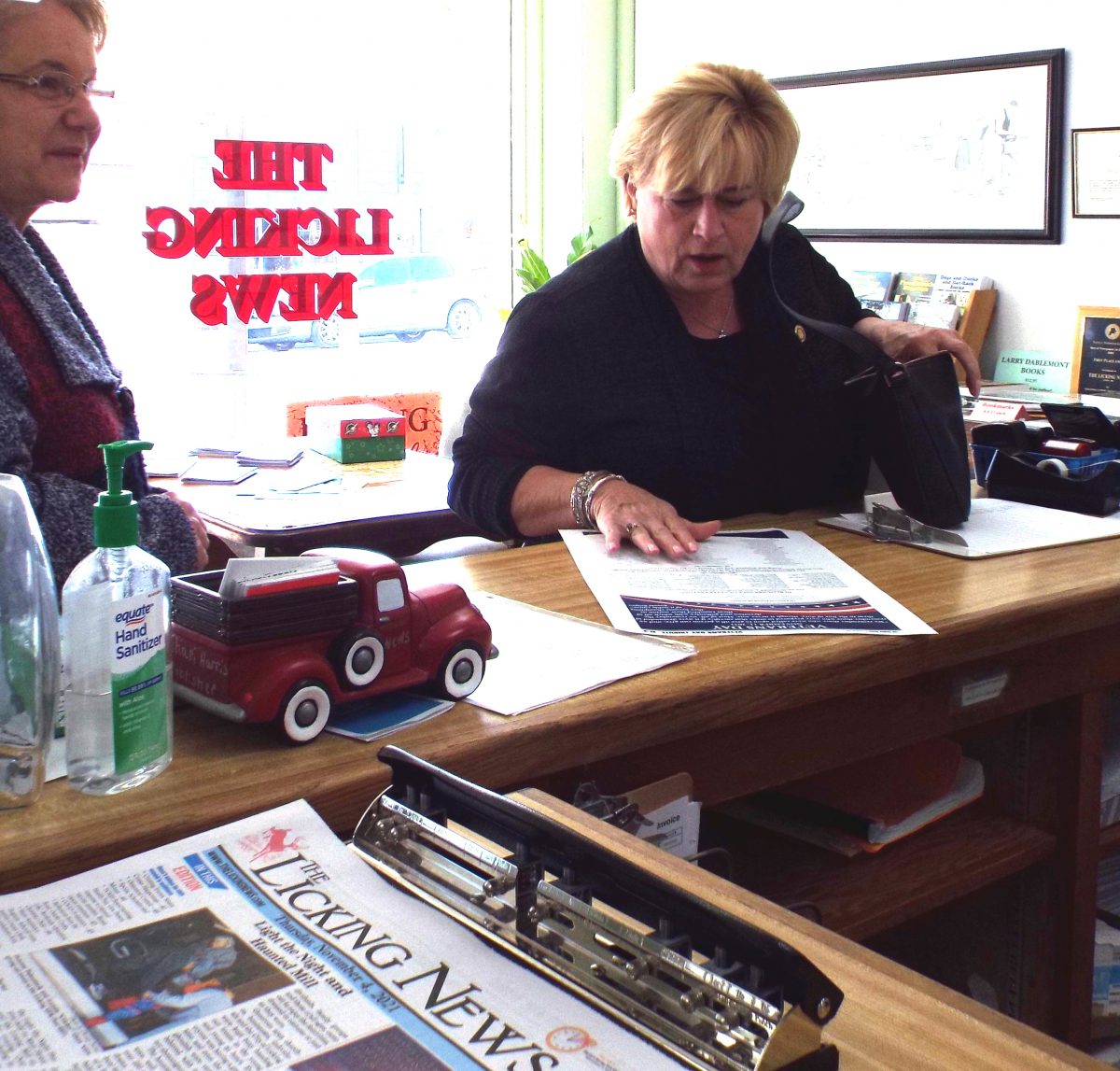 Photo by Christy Porter
Sen. Eslinger (right) and Tina Woolsey (left) stopped and visited at The Licking News office while in Licking.

The Licking News also enjoyed a visit from the senator and Mtn. View friend and co-educator Tina Woolsey while they were in town.