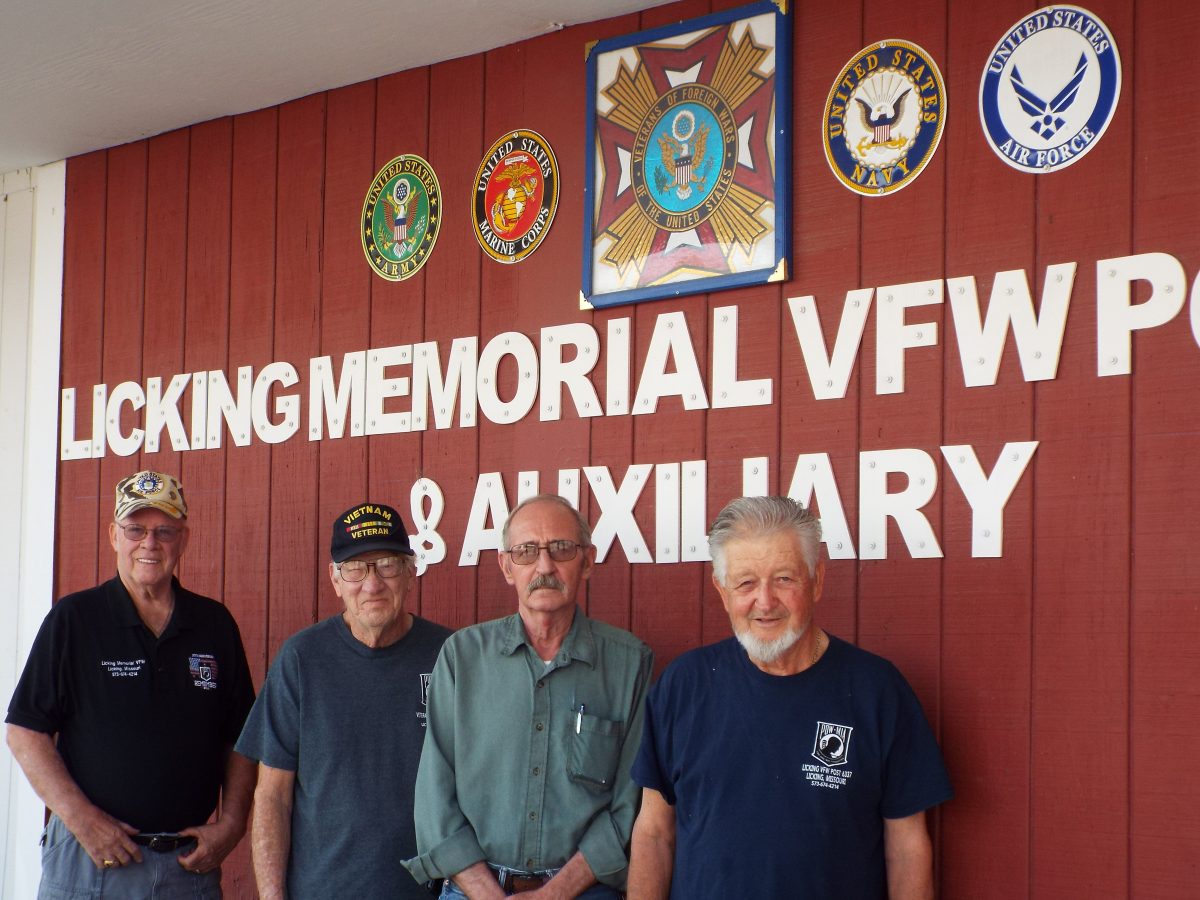 Photo by Christy Porter
Recently recognized veterans (from left) Harry Brevoort, Virgil Zeller, Charles Hayes and Ed Folger are among the many veterans we honor and thank this year for their service to our country.

Today is the observance of Veterans Day, annually observed on November 11. It is a federal holiday to celebrate and honor all the men and women who have served in the U.S. armed forces, war or peace, alive or deceased, for their bravery, sacrifice and love of country. Please make sure you thank a veteran for their service today.

The date correlates with the signing of the World War I armistice, effective the eleventh hour of the eleventh day of the eleventh month of 1918. Many Veterans Day ceremonies and services are now done at 11 a.m. on the 11th of November. The Treaty of Versailles officially ended “The Great War” when signed on June 28, 1919.

The Veterans Day tribute was originally celebrated as Armistice Day beginning on November 11, 1919. It was in honor of the fallen soldiers of World War I. President Woodrow Wilson proclaimed the holiday, and President Calvin Coolidge proclaimed it a legal holiday in 1926, with many states recognizing it as such. An act approved by the U.S. Congress on May 13, 1938, made Armistice Day a federal holiday.

A delegation led by WWII veteran Raymond Weeks supported by General Dwight Eisenhower in 1945 called for an expansion of Armistice Day to celebrate all veterans. The first Veterans Day celebration was held in Alabama that same year. Weeks became the “Father of Veterans Day.”

Veterans Day did not become official until 1954. The U.S. Congress, striking out the word “Armistice,” and inserting the word “Veterans,” amended the Act of 1938, which was approved on June 1, 1954. President Dwight Eisenhower signed the bill into law.

From 1971 through 1977, due to the Uniform Holiday Bill, Veterans Day was moved to the fourth Monday of October. It returned to its original observance day, November 11, 1978, with a law signed by President Gerald R. Ford.

This day offers all of us an opportunity to reflect on the importance of peace.

Many veterans fought and risked their lives to defend our basic freedoms.

Those freedoms are worth so much to the veterans who suffered the horror of war and continue to suffer consequences of their service in war, be it in physical wounds, post traumatic stress or depression disorders, or challenges in job and home security and stability, even the loss of educational opportunities and youth-time goals and dreams.

May we the people offer whatever support and assistance possible, and always our thanks for their sacrifices.