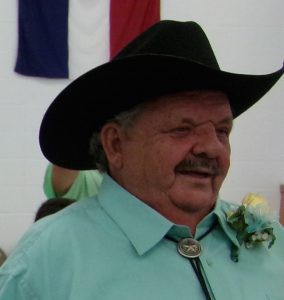 Gary Gene Bates was born October 4, 1946, to Virgil and Mary E. (Thompson) Bates, in Licking, Mo. He was born with a heart defect and the doctors said he wouldn’t make it through childhood. He was made of stronger stuff than that. He grew up on his parent’s farm, number 10 of 11 children.

He moved to Chicago when he was around 18 years old, and lived there for many years, working in various fields. He was a machinist, he worked in construction, he owned a mechanic shop for a while, and he also worked at Chicago Rawhide.

In the late ‘80s, he moved back to Licking with his new wife, Jane. Here he started running a small herd of cows. He had his cows, his tractors and his trucks. His favorite was his pride and joy, the ’57 Chevy Bel Air. He loved showing his baby at car shows. He also liked to fish and go to the races.

He loved his family and friends. He enjoyed having big BBQs with everyone invited.

He met the second love of his life, Alice Vessey, and they joined their families on July 15, 2017. They spent over five beautiful years together. Alice and Gary took care of each other through many illnesses. They loved each other very much.

Gary is preceded in death by Jane; his parents; his brothers, Ed, Bob, Chuck and Wayne; and his sisters, Edna, Marie, Louise and Virginia. He is survived by his partner, Alice Vessey; and her sons, Chuck, Conrad and Carl; his sons, Gary, Jr. and Larry; his brothers, Dean (Betty) and Ray (Joan); his grandchildren; great grandchildren; and many nieces and nephews.

Gary was very generous and always willing to help his loved ones. Gary was loved and will be missed by all.

Online Condolences may be expressed at www.evansfh.com.

Visitation is Tuesday, November 30, 2021, from 1 to 2 p.m. at Evans Funeral Home, with Services beginning at 2 p.m. in the Chapel with Pastor Erin McConnell officiating. Burial is in Ellis Prairie Cemetery under the direction of Evans Funeral Home. Pallbearers are Jesse Wilson, Joe Bates, Roy Bates, Austin Diedrich, Anthony Sawyer and Jason Coble.