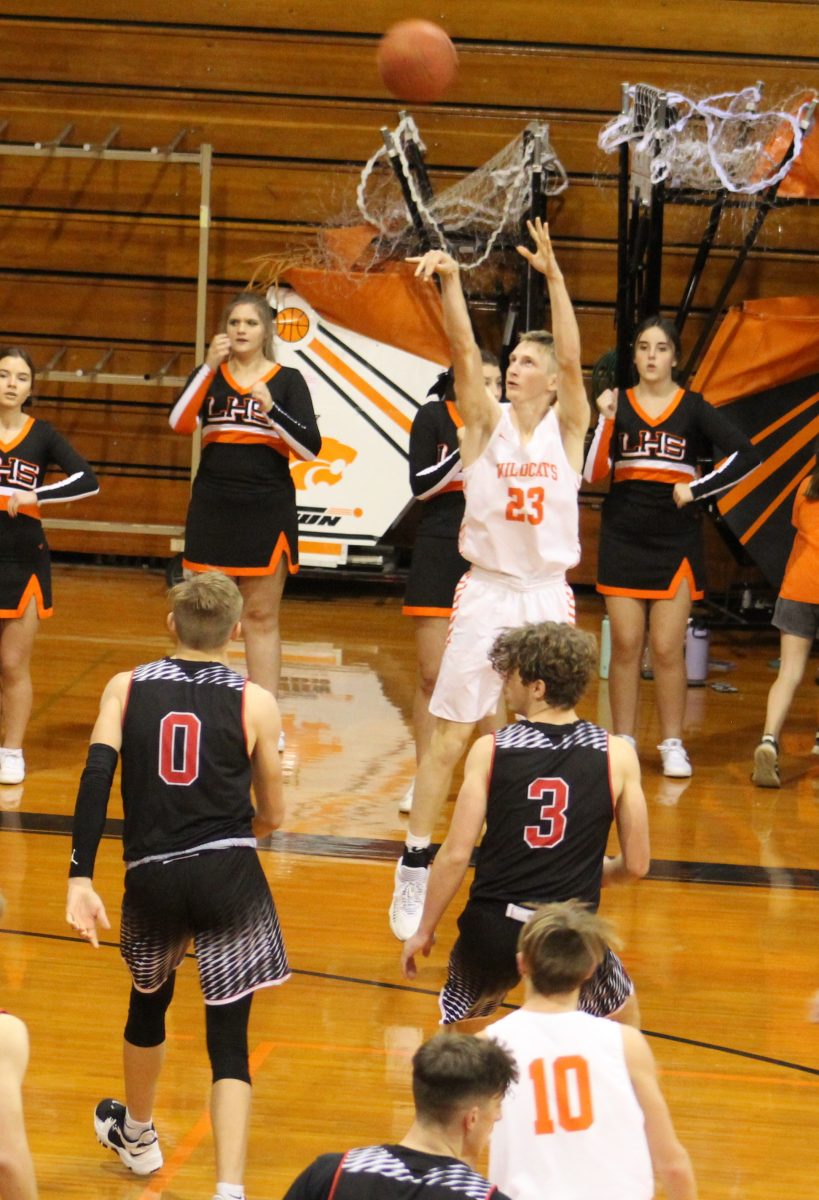 Photo by Shari Harris
Sophomore Keyton Cook launches a shot from three-point range in the second half of the Wildcats’ win over the Houston Tigers. Three-point shooting was an essential piece of Licking’s fast-paced game.

The Licking Wildcats boys’ basketball teams started their regular seasons with wins over the Houston Tigers. Varsity posted a 69-58 final score, squelching the Tigers’ third quarter attempt at a rally. Junior Varsity had a convincing 69-40 defeat of the JV Tigers.

The gym was packed for the Varsity matchup between long-time foes Licking and Houston, with two rowdy Pep Clubs standing to cheer on their teams throughout the evening.

The first quarter was no disappointment, as Wildcat fans were treated to a look at new coach Mike Phillips’ team. Austin James set the tone for the evening, starting the scoring for Licking with a three-point shot. Of Licking’s 69 points, 45 were from three-point range. Despite being down 11-12 due to a buzzer beater by Houston at the end of the first quarter, the Tigers were unable to keep up with the fast pace of the Wildcats, which only intensified as the game progressed. Licking outscored the Tigers 27-15 in the second quarter to take a 38-27 lead into halftime.

Houston rallied in the third, outpacing Licking 14-20, but the Wildcats roared back in the final quarter, starting their season with a win.

Keyton Cook led the scoring, with 15 of 23 points from three-point range; he also led rebounding with seven. Twelve of Austin James’ 16 points were threes as well. Chris Bartling added eight points, with seven for Austin Stephens, six for Carter Sullins, three for JB Huff, three for Roston Stockard, two for point guard Cole Wallace and one for Connor McLeod.

Junior Varsity warmed up the crowd, and they never relinquished their lead over Houston. They outscored the Tigers in every quarter as they rolled to a win in their opening game.