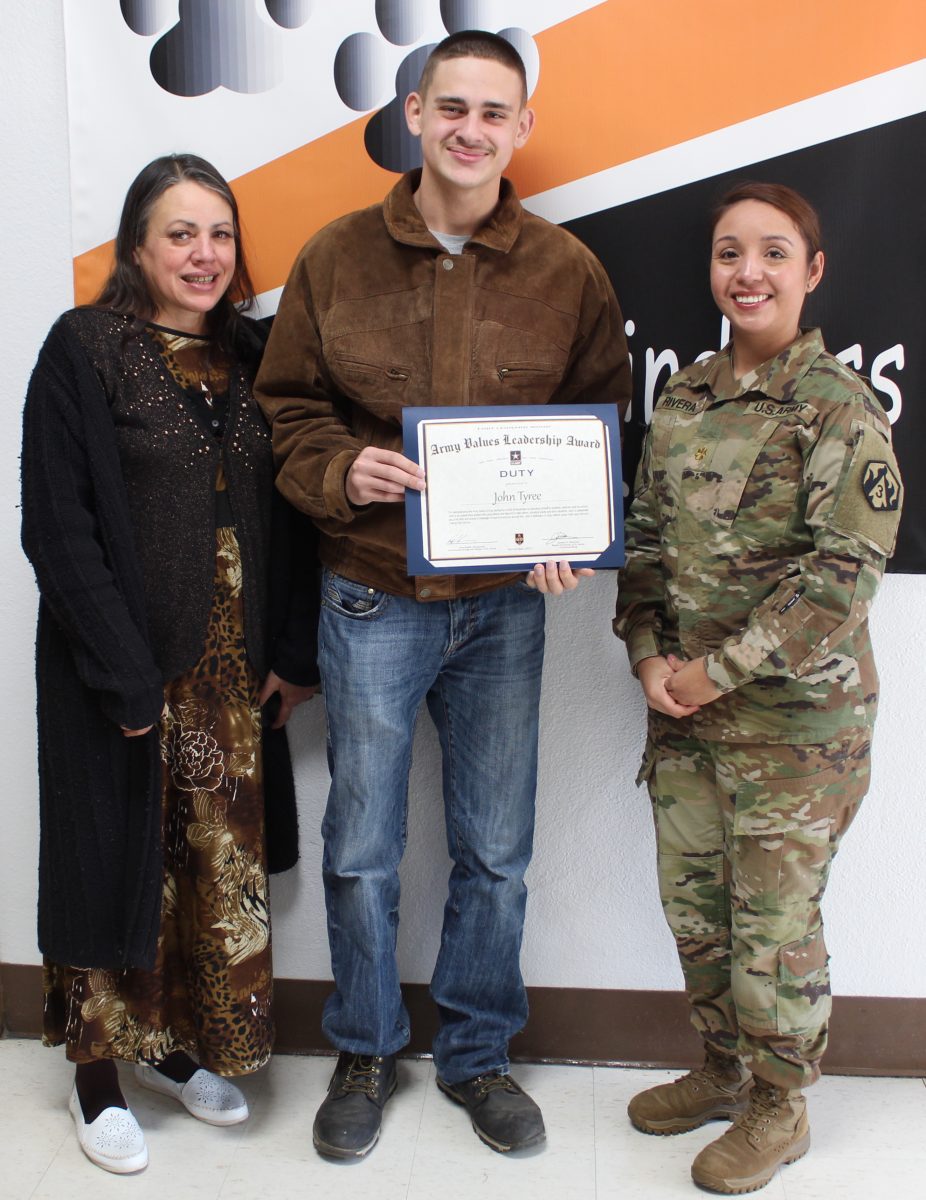 November’s Army Value was Duty: Fulfill your obligations. The Army invited local schools to nominate a student in grades 7-12 who regularly demonstrated this value, which means more than carrying out assigned tasks. It also means accomplishing tasks as part of a team. The principals at Licking R-VIII School District nominated Tyree for the award.

Tyree is the son of Vivian Monica Mace, a veteran, and the late John Tyree, who passed away in 2014 while serving his country. He currently lives with his sister and brother-in-law, Elizabeth and Brad Robertson, and works for the school district as an evening custodian to help with his expenses. Tyree is also the Sentinel/Chaplain of the Licking FFA Chapter. Despite his workload, he continues to earn great grades in his pursuit of becoming a preacher. Tyree’s mother, sister and brother-in-law, along with members of the school administration and staff, were on hand to congratulate him on this accomplishment.

Tyree “shares a message of hope to other students in a non-threatening way,” says Licking R-VIII Superintendent Cristina Wright.

In addition to the Leadership Award, Tyree received an Army hoodie (which he immediately donned) and other Army mementoes.