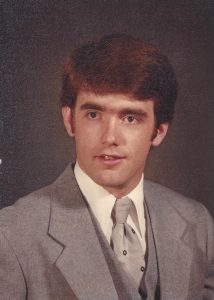 Jeff was an avid outdoorsman and his hobbies included fishing, hunting, camping, bird watching, cooking, history and listening to music. He was an old car enthusiast as well as a big St. Louis Cardinals fan.

Jeff was a devout Christian and was baptized in 1974. He was also a member of Boone Creek Baptist Church. He graduated from Licking High School in 1983. During his high school career, he played basketball and ended up going to the State Championship in 1983. Later on, he became the area manager at AT&T and retired after twenty-one years. He was also a mechanic assistant and worked as a part’s specialist at Al West in Rolla.