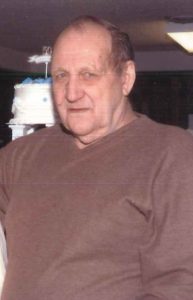 Loral Edward Stice, 85, of Evening Shade, Mo., was born July 27, 1936, in Downing, Mo. He was one of sixteen children born to both the late Loral Otho Stice and late Vera (Lewis) Stice/Smith, and the late Virginia (Roberts) Stice and stepfather Clifton Smith. Loral left this earth to spend eternity with his Lord and Savior on Saturday, December 4, 2021.

Loral was married to the love of his life, Barbara Faye (Feighner) on February 6, 1954. Their early years were full of hard work, travel, military life and babies. Loral joined the army in 1959 where he worked in the motor pool and carpentry shop. Through life on the move with the army to Alabama, Germany, Colorado and Missouri, Loral and Barbara were blessed with five boys.

During his deployments to Korea and Vietnam he was in the infantry. Loral was awarded the meritorious medal and the bronze star for his exemplary service and bravery.

Loral allowed the military to help advance his education and training; both of which he used after he retired from the Army on March 1, 1980. He opened his own mechanic and body shop at his home in Evening Shade. Loral worked in this trade for over 30 years.

After Loral gave his life to Christ in the early 2000s at Roby Baptist Church, he and Barbara spent several years serving the Lord together at their church. Over the years Loral served as Sunday School Director, youth worker, counting committee and greeter at the door, and went on mission trips. He never knew a stranger and would eagerly share the love of Jesus with anyone. After the passing of Barbara in 2015, Loral continued to serve and attend Roby Baptist Church until his health issues made that too difficult.

“We do not want you to be uninformed brothers and sisters concerning those who are asleep so that you will not grieve like the rest, who have no hope.” (1 Thessalonians 4:13)

Memorials may be made to CT Smith Cemetery or the Gideons. Online condolences may be expressed at www.evansfh.com.