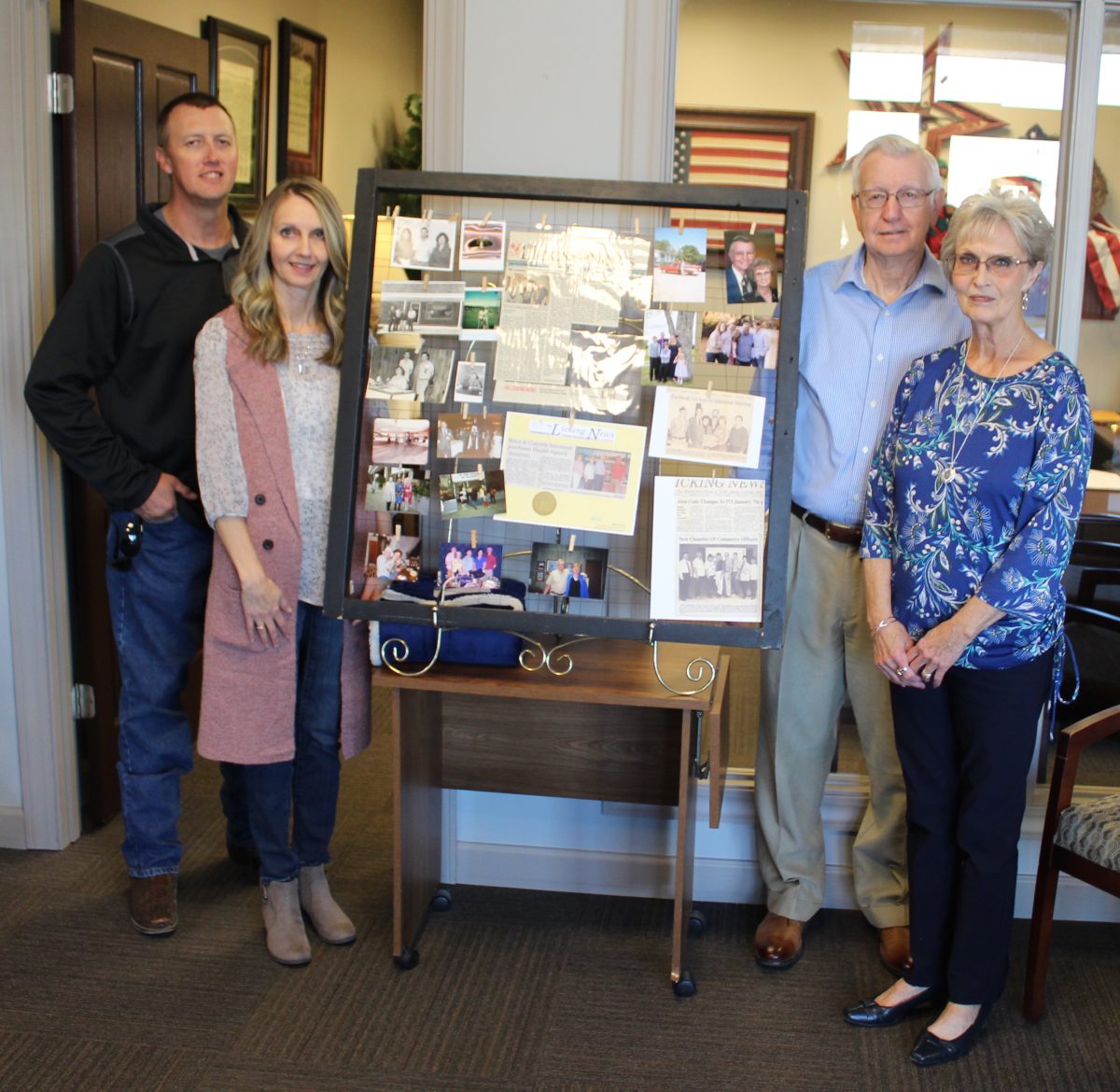 Photo by Shari Harris
The Hagler family, from left, son Bobby Hagler, daughter Nancy Derrickson, Jim Hagler and wife Ann Hagler are shown with photos and clippings from his 50 years in the insurance business.

Customers, insurance underwriters, family and friends crowded the lobby of Town & Country Insurance in Licking Friday for a reception commemorating Jim Hagler’s 50 years in the insurance business. The event could also be seen as a retirement party, as he will no longer be working full-time after the first of the year.

Hagler has moved to a corner desk and ceded his office to co-worker Julia Ramsey, whose prior desk is now occupied by Brady Smith, a Licking native who has returned to the area and started with the company.

“It’s been an exciting ride,” says Hagler. “The Lord’s helped me make it, through mistakes and good times, too.”

Hagler’s family spoke of his dedication to his job, saying he has given everything to the customers that he can, including many sleepless nights, telephone calls at the supper table, and prayers offered in an attempt to take care of the customer.

“Through it all, he gives the Lord grace,” says wife Ann Hagler. “We’ve seen many prayers answered.”

Of his long career, Hagler simply says, “I truly am blessed.”

His customers have also been truly blessed to have an insurance agent named Jim Hagler.