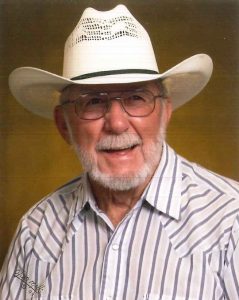 Wayne was united in marriage to Patsy Lea (Long) on March 18, 1955, and three children, LeAnn, Scott and Tammy, were born into this union.

When Wayne was 14 years old his father died. During Wayne’s teen years he took on the responsibility of providing for his mother and his younger brother, Glen. Wayne would get up early and walk to Bill Christie’s farm to help milk. After the morning milking, he would walk to school and then back to the milk barn after school. It is there he earned his nickname, “Shade Tree.” Bill gave him the nickname because Wayne would take a rest under a shade tree before he walked back home after a long day.

When Wayne was seventeen, he went to work for the shoe factory. He couldn’t stand being inside all day, so he put his application in at MoDOT and was hired. He spent 42 years with MoDOT as a Highway and Bridge Inspector. He retired in 1995 but in 2003 was asked to oversee the Sand Shoals Bridge Project, which he did without hesitation.

Wayne married Bonnie on September 6, 1992. Wayne and Bonnie shared each other’s lives. They enjoyed gardening, hosting family and friends in their home, and traveling down country roads with their little shih tzu Taylee. He was an avid sports fan and a big fan of the UConn Girls College Basketball team. He and Bonnie were able to attend one of the UConn girls’ games in St. Louis. Wayne loved his animals. He coon hunted with his black and tan coonhounds and bird hunted with his setters. Mules and horses were so rewarding to him. He loved to work his mules by either plowing the garden or driving them on trail rides. He was always outside doing something. He never liked to stay inside. He enjoyed the outdoor air and the beauty of nature. Wayne enjoyed hearing the birds and his and Bonnie’s outdoor waterfall. He thought it was so relaxing to sit outside and soak up all the sounds. He would always thank God for his eyesight because he was able to see and enjoy his surroundings. Wayne and Bonnie were also active in helping with Relay for Life and enjoyed participating in the Cancer Trail Ride each year.

Wayne also cared for his older sister Ruby and her husband Ray when they reached their later years. He was a loving and caring brother to Ruby, always making sure she was taken care of after Ray’s passing.

Wayne accepted the Lord as his Savior at an early age. He loved attending a small, country church and listening to Southern Gospel music. He loved the Lord and read the Bible every day. He completed reading the Bible all the way through twice and he could quote Scriptures. It was important to Wayne that his children and grandchildren have a relationship with Christ.

Wayne would go to town every morning. His first stop would be at the Shell Station to buy a newspaper and Copenhagen. Then he would head to the cafe for breakfast with his friends. When he would get home, he would sit in his recliner and go directly to the sports page. He always enjoyed reading about the teams and the players.

Wayne was preceded in death by his parents; his brother Roy; his sisters, Violet and Ruby; brothers-in-law, Bob Morris, Ray Smith and Ronnie Crebo; and a niece, Gwenda Stone.

He is survived by his wife, Bonnie of the home; children, LeAnn Edington (Ed), of Houston, Scott McKinney (Pam) of Clever, Tammy Cantrell (Bruce) of Houston; his sister, Agnes Faye Crebo of Washington, Ill.; his brother, Glenn McKinney (Jenny) of St Louis; step daughter, Becky Haferkamp; eight grandchildren; 13 great-grandchildren; and a host of nieces and nephews that all loved him deeply.

Wayne was one-of-a-kind. He loved to laugh and to tell jokes. He loved his farm, the outdoors, his animals, and meeting his buddies at the cafe. He was the self-proclaimed mayor of Simmons, and he will always be known as “Shade Tree.” Wayne will be missed by all that knew him.

Memorial Contributions can be made to St. Jude Children’s Hospital. Online condolences may be expressed at www.evansfh.com.