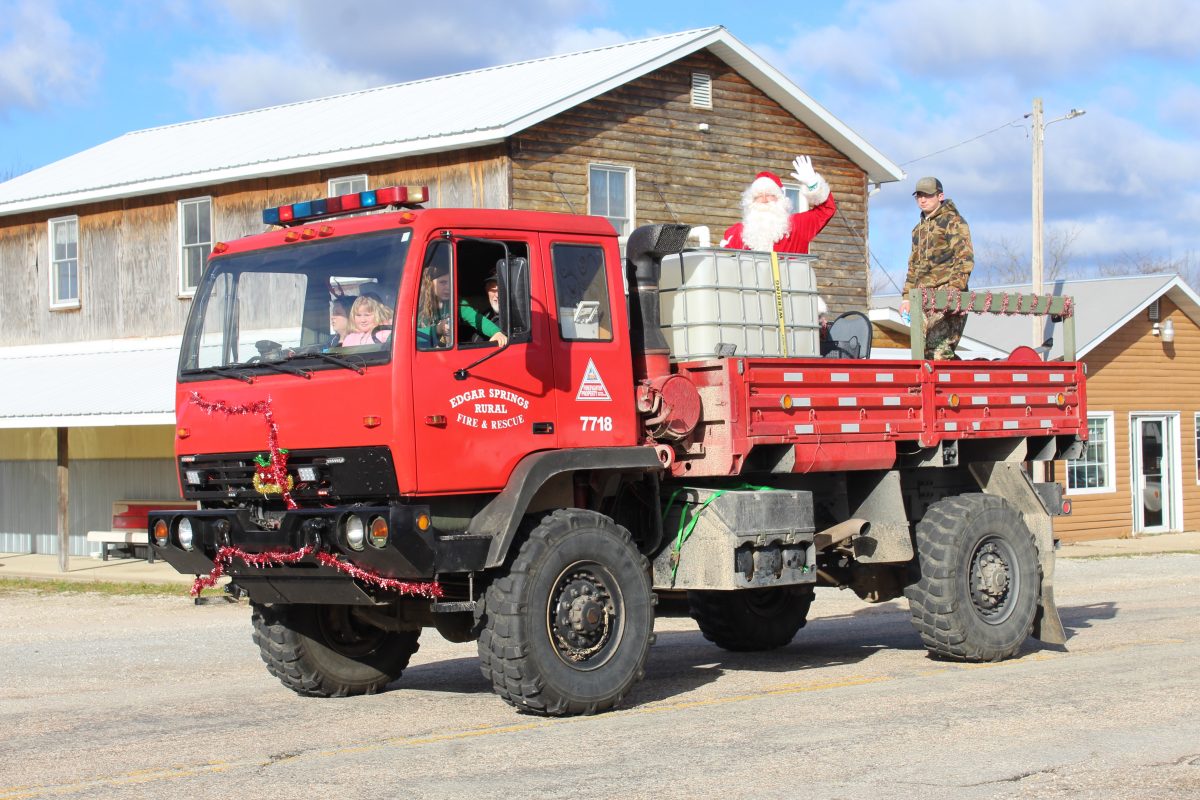 Photo by Alyssa Kennedy
The Edgar Springs Fire Protection District held the annual Christmas Parade and Breakfast with Santa Saturday. Though much of the fire department left for a mutual aid call just before the parade, Fire Chief Ernie Coverdell remained behind, and with the help of some elves was able to keep on track. Parade goers collected candy and waved at Santa, then followed the procession back to the firehouse for a free breakfast of pancakes and sausage and a toy giveaway, hosted by the volunteer firefighters who returned from their call in time to enjoy some of the festivities they worked so hard to make happen. In the afternoon, Santa joined the Grinch at the sleigh in the Edgar Springs Dollar General Store where they visited with more children.