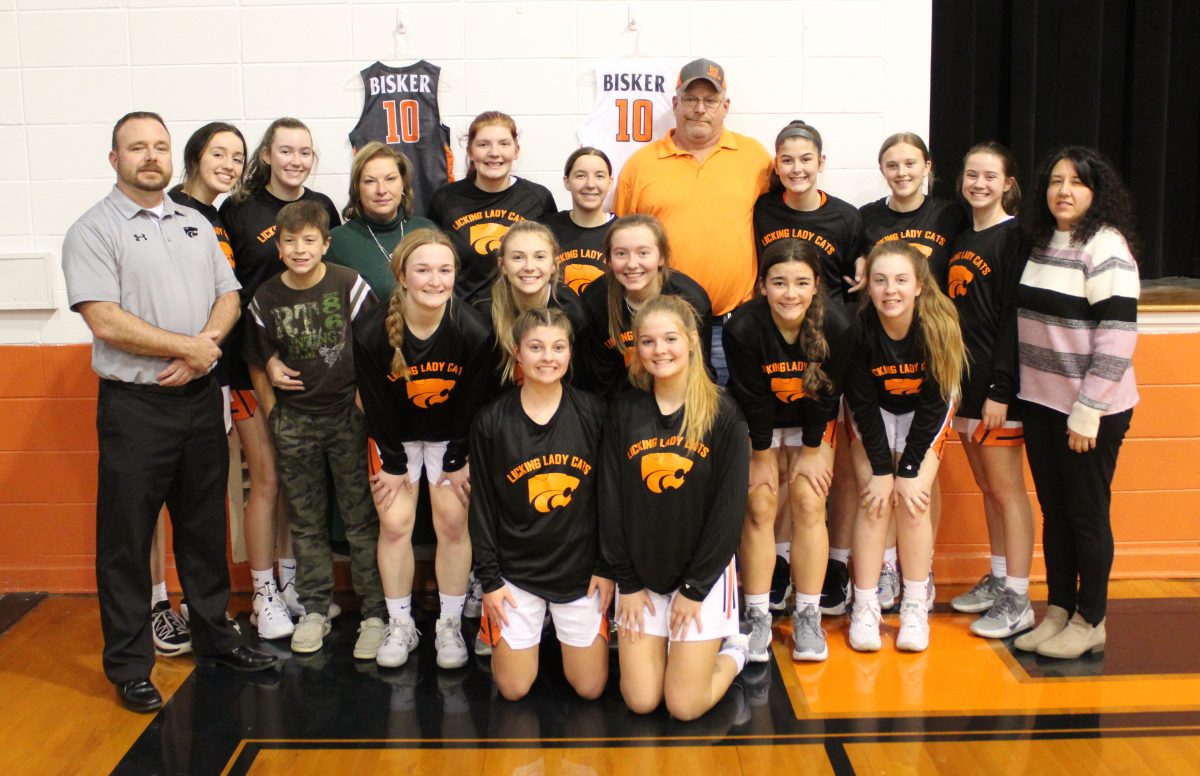 Photo by Shari Harris
The Tuesday, December 7, game against Plato was dedicated to the memory of Eden Bisker and her fight against leukemia. Licking players wore warm-up shirts displaying on the back, “EMB, 2003-2015, Her Fight is Our Fight, Leukemia.” The Bisker family is shown with the team after the game.

Licking jumped on Plato early, hitting several threes and executing their zone sets to get easy looks in the paint. LHS roared out to a 20-point lead but a second quarter run brought Plato back to within 3. Licking used a timeout to regroup and promptly spread the lead back to 25 before the break.

Licking moved their record to 6-0 overall and 1-0 in the Frisco League.