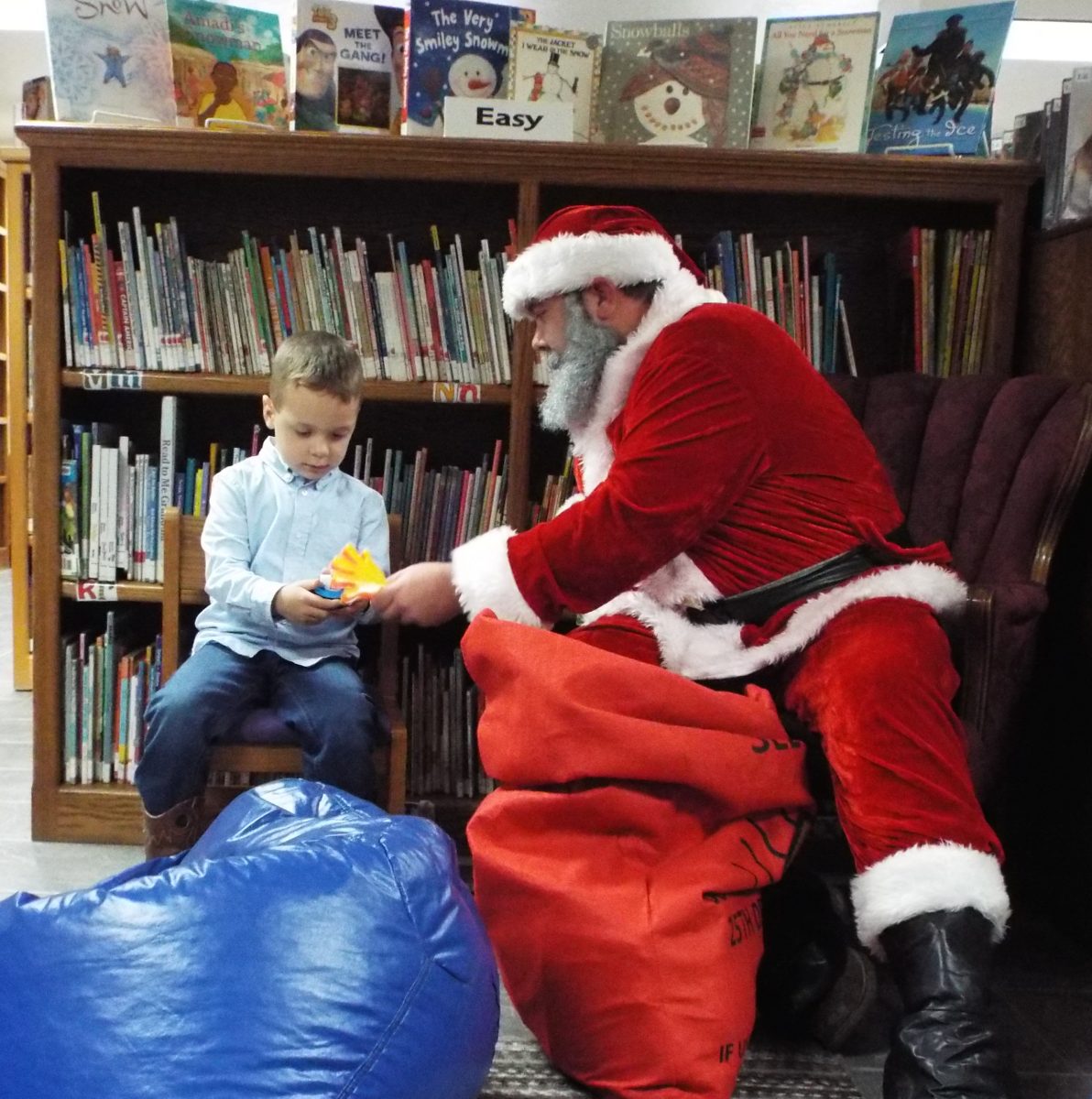 Young and old alike wore big smiles at the Texas County Library Licking Branch on Saturday; they were enjoying Christmas stories when who should appear but Santa…without his reindeer.

Cindy Fronterhouse-Badgett had read The Little Fir Tree, by Margaret Wise Brown, and just finished Dino-Christmas, by Lisa Wheeler, when with a rustle and ho-ho-ho, Santa appeared, much to the delight of the youngsters and even the somewhat older patrons. 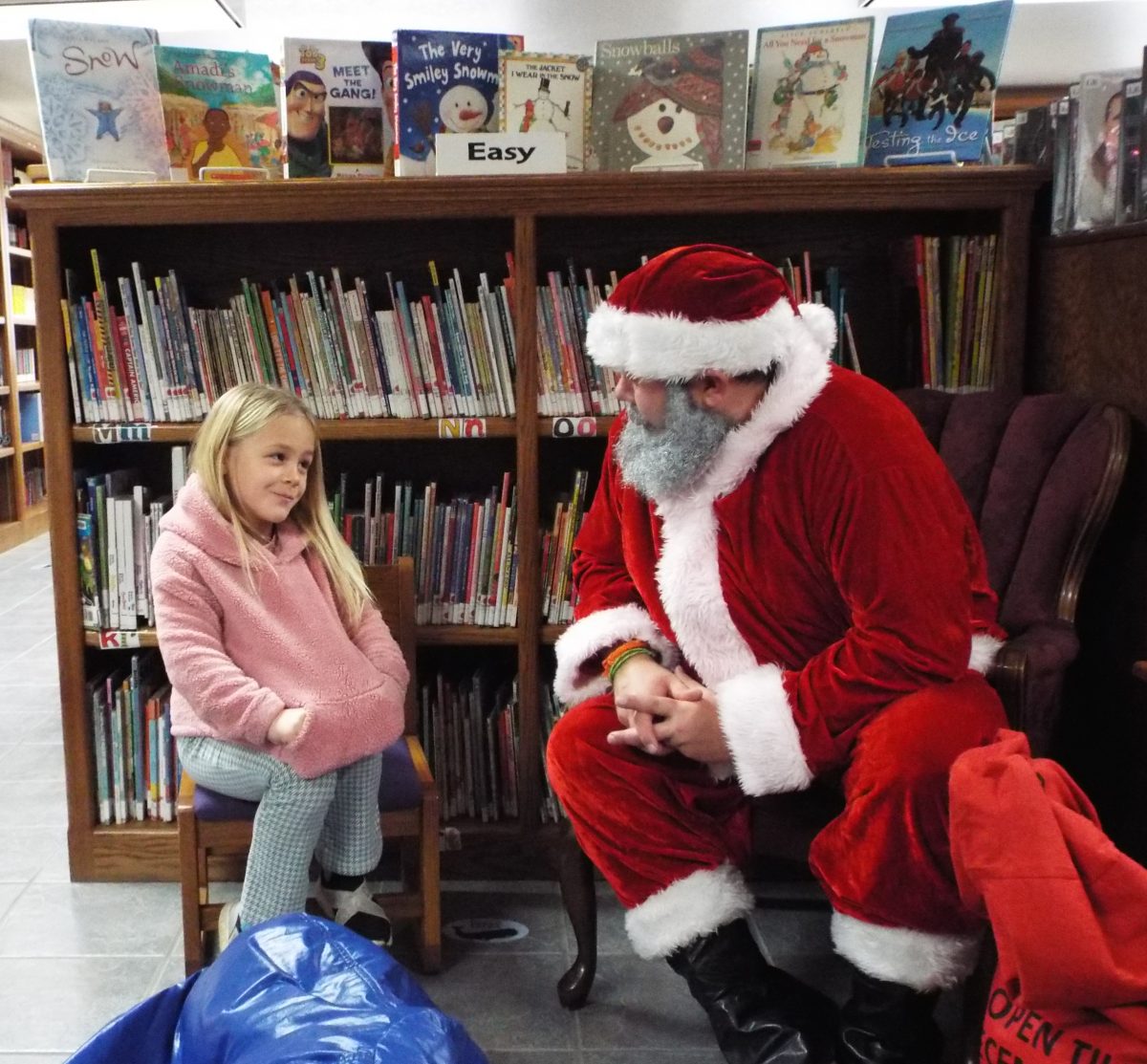 Photo by Christy Porter
Santa can get even the bashful to talk with him before Christmas.

The youngsters shared their Christmas wishes with Santa and then he opened his bag and shared his gifts.

The library, with the help of Tiffany Davy from the Houston Library Branch, also shared a Christmas bag of goodies and two books, Little Owl’s Night and Llama Llama Nighty Night with the young visitors. 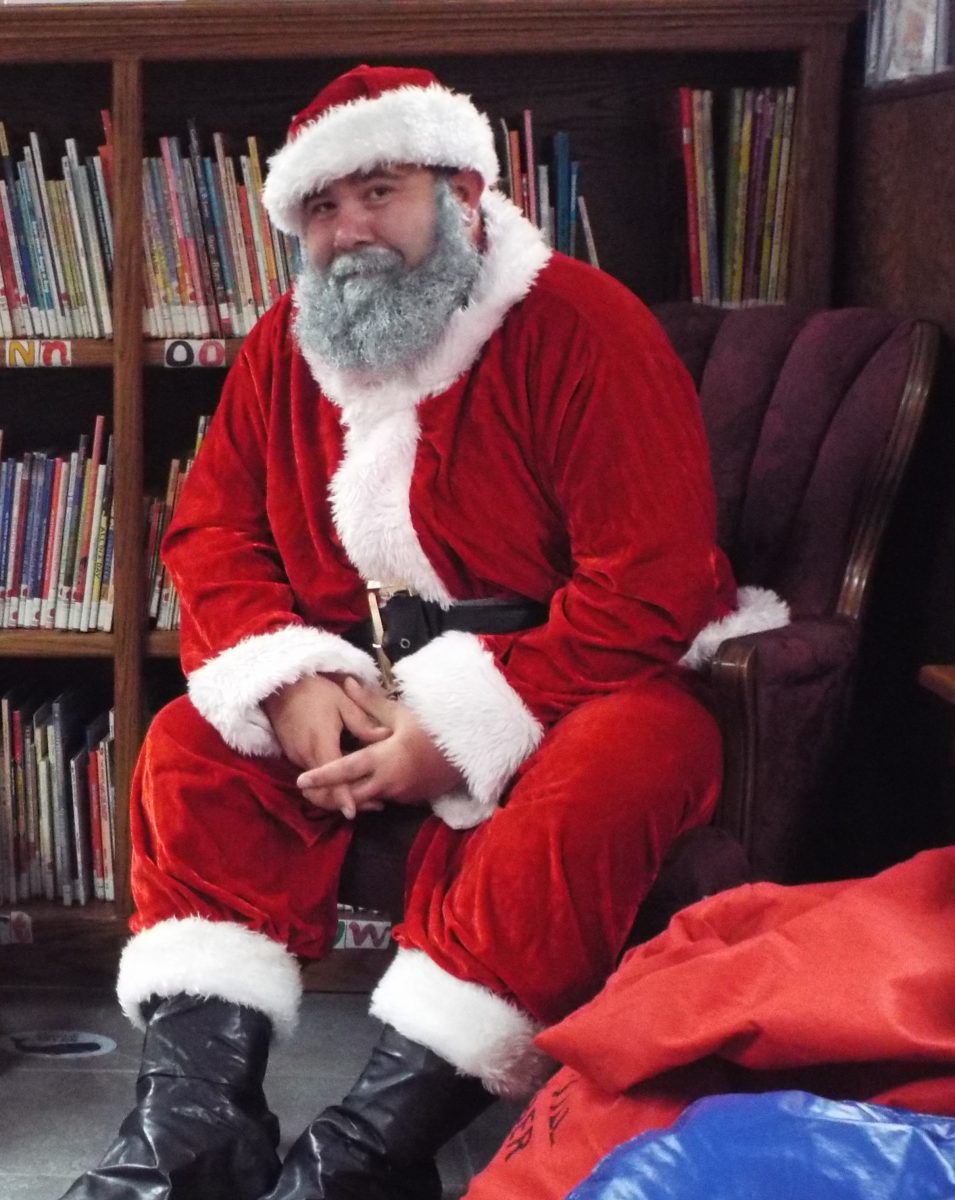 Photo by Christy Porter
Santa Claus from the North Pole.