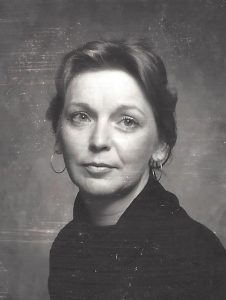 Lois Hill peacefully went to her heavenly home to be with her Lord and Savior on December 29, 2021, at the age of 79. Her sons, Jeff and Randy, and grandson, Adam, were at her side. Her family, who meant everything to her, were with her throughout her last day here on earth.

In June of 1962, she married George F. Harper, Jr. To this union, two children were born, son, Jeffrey Dale in 1963 and daughter, Kathryn Ruth in 1966. After George’s passing in 1972, Lois worked various jobs including, funeral home receptionist and real estate agent to support her family.

After losing both their spouses, within four years of each other, Lois and J. Ross Hill married on March 13, 1982, as their friendship of over 15 years had blossomed. Their children, lifelong friends, became brothers and sister. Jim, Randy, Jeff and Katy were four teenagers always wanting mom’s homemade biscuits and gravy on the weekends. Then Jim’s untimely death in 1987 shook the whole family, but only made their bond stronger with each other.

Lois enjoyed tending to her flowers, crocheting, baking goodies for friends and family, helping Ross with his computer programming business, joining friends in various clubs, attending family reunions, collecting antiques, but the greatest joy of all for her was being “granny” to seven wonderful grandchildren. And in her last few years, she was blessed to be “GG” to three great-grandchildren.

Lois was a faithful member of Licking Christian Church. She read her Bible and devotionals on a daily basis, always wanting to be a child of God’s and hoping to do good for his other children here on earth.