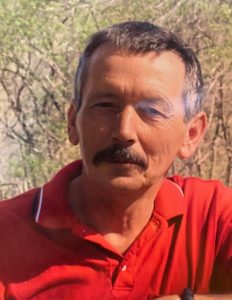 Gary Leroy Sullins, born October 9, 1952, fabricated an extraordinary life within the 69 years he had on this earth. He was brought into this world by his father Leburn Sullins and mother Hellen Sullins in Kansas City, Mo.

Gary began his life with Christ at a young age when he was baptized in the Piney River, accepting Jesus Christ as his Lord and Savior. Gary lived out his childhood in a rambunctious way, based on stories he would tell. The memories he would share almost always included one or more of his ten siblings: Granvel, Kenneth, Phyllis, Randy, Anita, Ronald, Dorothy, Vernell, Eugene, or Ruth.

As he advanced into adulthood, he graduated from Licking High School in the spring of 1971. Following graduation, he maintained various positions of different trades. In time he found a profession he would establish himself in by joining the painter’s union where he would carry out the rest of his working days.

Gary’s free time consisted of coon hunting, turkey hunting, and especially spending time with the people he loved most, being the family man he was. He and his wife, Kay have celebrated forty-one wonderful years. The expansion of their family began with their first and only son, Scotty Ray, and wife Amy. One of Gary’s biggest successes was being the best grandfather to his six grandkids: Taryn, Dawn, Kasey, Eli, Trevor and Reese.

The conclusion of Gary’s life on earth took place on January 5, 2022, at 6:20 a.m. He was surrounded with love and fulfilled everyone’s hopes of a peaceful transition to begin his new life with the Lord. He fought the odds of his illness with a vengeance.

He has lived with a humble mentality, incredible work ethic, unconditional love and gratitude. Everyone he had grown to know was influenced by his traits. The qualities he exhibited will continue to be instilled in those he knew long after his passing.

The family hosted a Celebration of Life Sunday, January 9, 2022, at 2 p.m. in the Licking Christian Church. Rick Mosher officiated. The family requested memorials to Three Rivers Hospice. Online condolences may be sent to www.evansfh.com. The body was cremated under the direction of Evans Funeral Home.