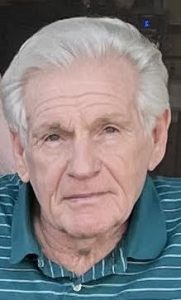 He is survived by his wife May, of the home; son, Bradley and wife, Kim; grandsons, Sean and wife, and Donna and Quin Blankenship; one great granddaughter, Mia Danielle; and two sisters in law, Sylvia Blankenship and Velma Shepherd.

Fredrick was drafted into the Army during the Cuban Crisis and spent 18 months in Germany. He started working in artillery and went to communications. Basically, he was a laborer, working in the woods cutting and hauling cordwood. Later he went to work at Brown’s Shoe Factory cutting shoes. Fredrick was a hard worker at his job and was willing to offer a helping hand to anyone where they might need help. He was a good husband and father and was truly loved. His grandchildren adored him and he paid them a lot of attention. He and his wife, May, enjoyed going out to eat together, visiting with family, and just sitting and talking together. They felt blessed and happy to be together.

Fredrick enjoyed deer hunting and turkey hunting. He harvested a lot of deer and turkey over time. He will be greatly missed but never forgotten. Fredrick, we love you with all our hearts.

A funeral service for Fredrick will be held on Thursday, January 20, 2022, at 11 a.m. at Fox Funeral Home, 128 S. Main St., Licking, with Mr. Mike Gorman officiating. Visitation will be held one hour prior, beginning at 10 a.m.