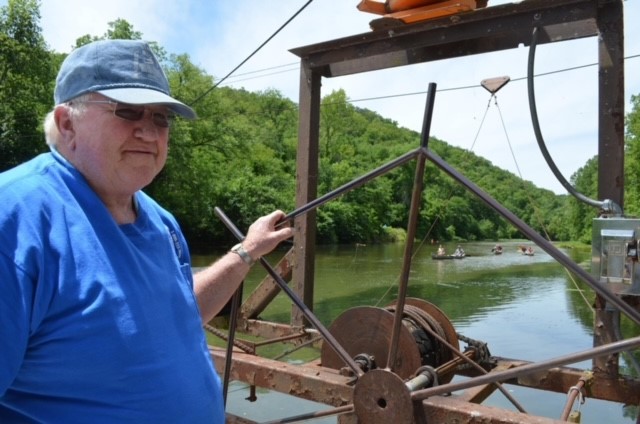 George Eugene Maggard, 80, passed away Monday, January 3, 2022, in Rolla, Mo. He was born April 9, 1941, in Grand Junction, Colo., to Gaylord Eugene “Buck” and Parazida Loreen Purcell Maggard. Eugene was united in marriage to the love of his life, Eleanor Lee Thomas on February 18, 1967, in Catonsville, Md., and to this union one son was born, Marcus Eugene Maggard.

Eugene grew up at Akers, Mo., playing on the Current River, fishing, gigging, trapping, swimming, hunting, canoeing, and running his motorboat up and down the river. He attended the one room school at Akers, and then crossed the river daily to attend school in Summerville. He finished high school in Salem, Mo., and graduated in 1960. He attended the University of Missouri-Columbia with the dream of becoming a doctor.

Then he fell in love with Eleanor, and joined the United States Air Force. He was stationed at Lackland AFB, Texas; Biloxi, Miss.; and Loring AFB, Maine. After his Air Force days, Eugene and Eleanor returned home to work in the family business, Akers Ferry Canoe Rental, beside his father, Buck and brother, Dwight. Later he became president of the business. He and Eleanor later added Jason’s Place Campground, Wild River Canoe Rental, Round Springs Canoe Rental, and Jacks Fork Canoe Rental and Campground to their list of businesses. He and Eleanor worked to improve the tourism industry of Missouri. They belonged to several Chambers of Commerce and promoted them. Eugene served as president and as a board member of several organizations for several years: Current and Jacks Fork Canoe Association, Professional Paddle Sports, Missouri Canoe and Floating Association, Missouri RV Parks and Campground Association, and the Ozark Heritage Tourism Association. Eugene was an original board of director of the National Association of Canoeing and Livery Outfitters. He and Eleanor were inducted into the Missouri Division of Tourism Hall of Fame to recognize their contributions and received their Lifetime Achievement Award. In 1976, he received the Outstanding American Award.

Eugene served his communities of Akers, Salem and Eminence, Mo. He and Eleanor supported the organizations, events, and fundraisers of these communities. He served on the Salem R-80 School Board for two terms from 1989-1992. He was presently serving as president of the Akers Cemetery Association and had for several years. He and his family are founding members of the Friends of Mt. Zion, with his sister, Judy, and family. The Mt. Zion Church building on the land that was donated by their grandparents in the 30s, and built by their parents and community members on the hill above Akers was always dear to his heart. Maintaining and preserving it for future generations as a symbol that Akers was once a thriving community and honoring God was a mission of his. Eugene was truly a steward of the Current and Jacks Fork River. He and Eleanor were the driving force behind the Glass Bill, the Inherent Risk Bill and instrumental in getting the red mesh trash bags for the rivers. So the next time you are on the river, fill that red bag in memory of “Gene.”

Eugene was truly the host of Current River, the Captain of Akers Ferry. Any time you encountered him, he was so very friendly and hospitable, and made you feel welcome. His big smile always greeted you as you entered the Akers store. He was kind and caring and planted seeds of kindness in many lives. How many cars and trucks or tourists (who just wanted to ride the ferry) has he ferried across the river on Akers Ferry? He always offered advice about the river and mentored many. How many millions of miles has he hosted people dipping paddles into the clear beauty of the river? He wanted you to enjoy and love the Current River that he enjoyed and loved so well. He always offered this advice: “What I like about floating, once you get around the first bend, any problem you’ve got in the world doesn’t seem quite as important as when you started.”

Family was important to Eugene. He and Eleanor enjoyed traveling, especially with the grandchildren. They usually went on a float trip on Josh’s birthday, Jan. 2, as well as several float trips all year long. He and Eleanor hosted several family reunions at Jason’s Place, which included a float trip from Welch’s Spring with a stop at the Howell/Maggard cabin. He was a big supporter of his son, grandchildren, nieces and nephews sporting events and activities.

Eugene had a “green thumb” and loved flowers and plants of all kinds. The rose was his favorite. He planted roses everywhere and was proud to show them to you. He provided the rose vases for his niece, Bridget’s wedding. His beautiful yellow daffodils covered the yard at Eleanor’s cabin. His tomatoes were always abundant. Another favorite was the jewelweed, a beautiful wild flower that cures poison ivy. He enjoyed sharing the story of the jewelweed. Searching for wild flowers was a favorite activity of his.

Eugene professed his faith in Jesus at an early age. He and Eleanor were active members of the First Christian Church. He is well in the arms of his Savior. His river family and friends and all who loved him will miss him. He would agree with this scripture: “And it shall be that every living thing that moves, wherever the rivers go, will live. There will be a very great multitude of fish, because these waters go there; for they will be healed, and everything will live wherever the river goes.” (Ezekiel 47:9)

Funeral services will be held 11 a.m. Saturday, January 15, 2022, at the First Christian Church of Salem, Mo., with Tim Hill and Rick Mansfield officiating. A visitation for family and friends will be held at the James & Gahr Chapel on Friday, January 14, 2022, from 4 to 8 p.m. Interment will be held in the Akers Cemetery, Salem, Mo. Memorials are suggested to the Akers Cemetery Fund or Mount Zion Fund. Cards are available at all James & Gahr locations. By Judy Maggard Stewart 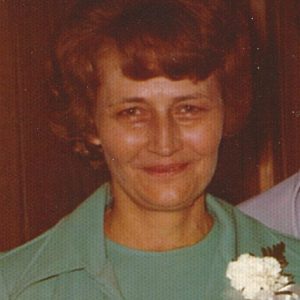