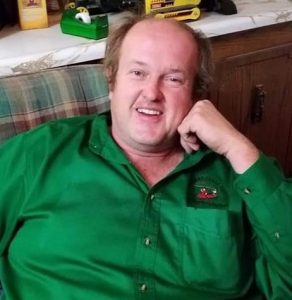 Marcus grew up in Salem, and graduated Salem High School in 1989. He worked in the family business from the time he could hold a canoe paddle. While in high school, he received his pilot license to fly an airplane. He attended University of Central Missouri in Warrensburg, Mo., for two years before joining the Army. He was stationed at Ft. Bragg in North Carolina and lived on the flight line, which he thoroughly enjoyed.

When he returned home from his service, he came back to the Current River and Akers Ferry and hopped right back into helping people enjoy the natural wonders of our area. Marcus went back to college studying at Columbia College where he graduated with his Bachelor of Arts in political Science and Criminal Justice in 1999.

While working at the Akers Ferry Canoe Rental, Marcus became interested in helping the community. He was a founding member of the Jadwin Volunteer Fire Department and had continued to be an active member. He was member of Meramec Regional Planning Commission as a Director at Large for Tourism. Marcus served on the board for The Missouri Canoe and Floaters Association. He was a board member for America Outdoors. Marcus spent many years as a Salem Marching Blue Band Parent and loved the kids like they were his own. Many band kids would see him and run for hugs from “Daddy Maggard.”

Most people that knew Marcus know that he liked to talk and never met a stranger. It usually did not matter the subject because he loved to read and learn new things. His favorite things to talk about were his family, airplanes, both the Current and Jacks Fork Rivers, band, fighting fires, farm equipment, and pretty much anything else anyone wanted to talk about. He was frequently known as DADSTAR because if you had a vehicle issue, it didn’t matter where you were or what was going on, he would be there for the rescue.

Funeral services will be Saturday, January 15, 2022, at 11 a.m. at First Christian Church in Salem, with burial to follow in the Akers Cemetery.

Memorials are suggested for the Akers Cemetery Fund or The Jadwin Volunteer Fire Department.