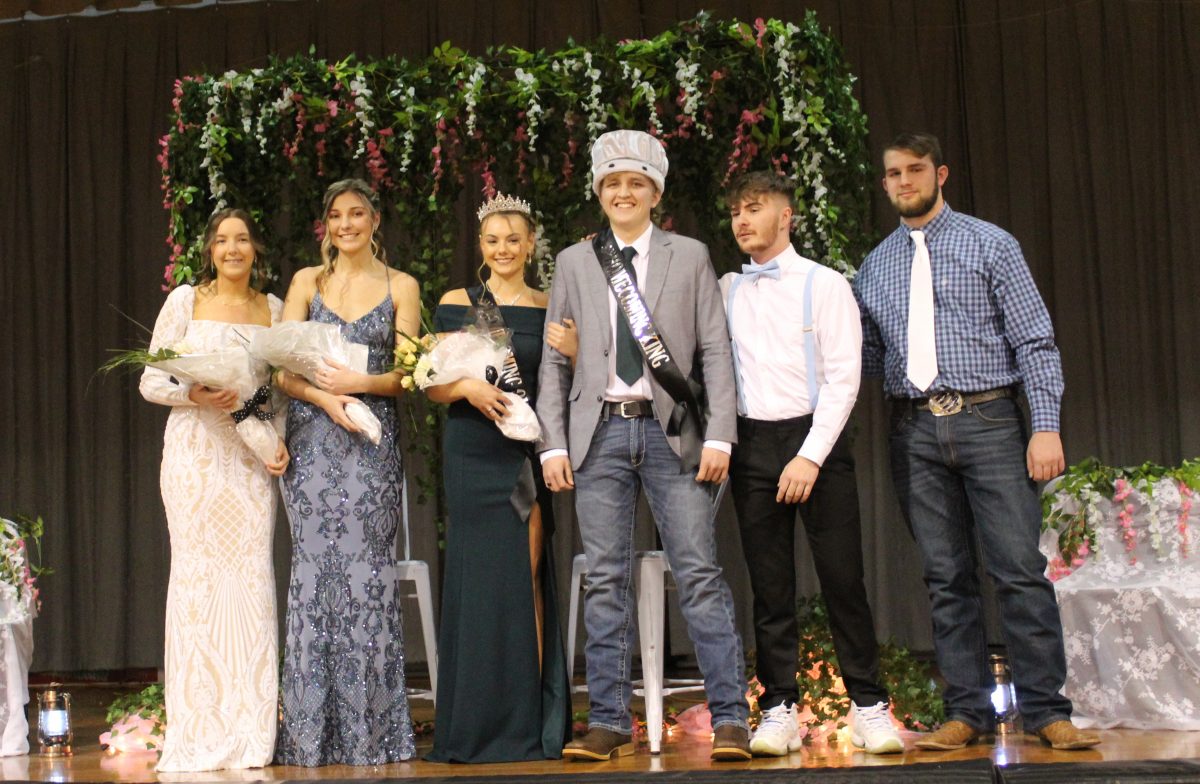 The 2022 Homecoming Game was an evening of excitement for the filled auditorium at Sherman Hill Field House. Junior Varsity started the evening off right with a half-game win over the Iberia Rangers. The Homecoming Coronation was held between games, including a salute to LHS alumni and basketball teams from decades past. Then a rowdy Pep Club raised the level of excitement for the Varsity matchup. The LHS Cheer Squad demonstrated their skills during Varsity halftime with their routine. And thanks to the Booster Club Silent Auction, which was full of baked goods and more, spectators could leave a great evening with their share of desserts to enjoy later.

Murray is the president of FCCLA and STUCO, a Pep Club leader, journalism advisor, a member of student body government, a member of Lady Wildcat Volleyball and a member of National Honor Society. She is the daughter of Josh Murray and Faith and Brian Sullins.

Richards is a member of Lady ‘Cat Cross Country and Track, National Honor Society, Science Club and Rock Springs Youth Group. She is the daughter of Tina and Ronnie Dixon, and Scotty and Amy Richards.

Taylor is a member of Lady ‘Cat Basketball, Volleyball and Club Chaos. She is the daughter of Terri Moncrief and Jerry Sullins.

Wantland is a member of Wildcat Baseball. He is the son of Justin Wantland and Andrea Vasseur.

Rogers is a member of Wildcat Baseball. He is the son of Lanny and Cassandra Cline.

Hawn is President of FFA and NHS, Parliamentarian of FBLA, and a member of the History Club. He is the son of Conway and Heather Hawn. 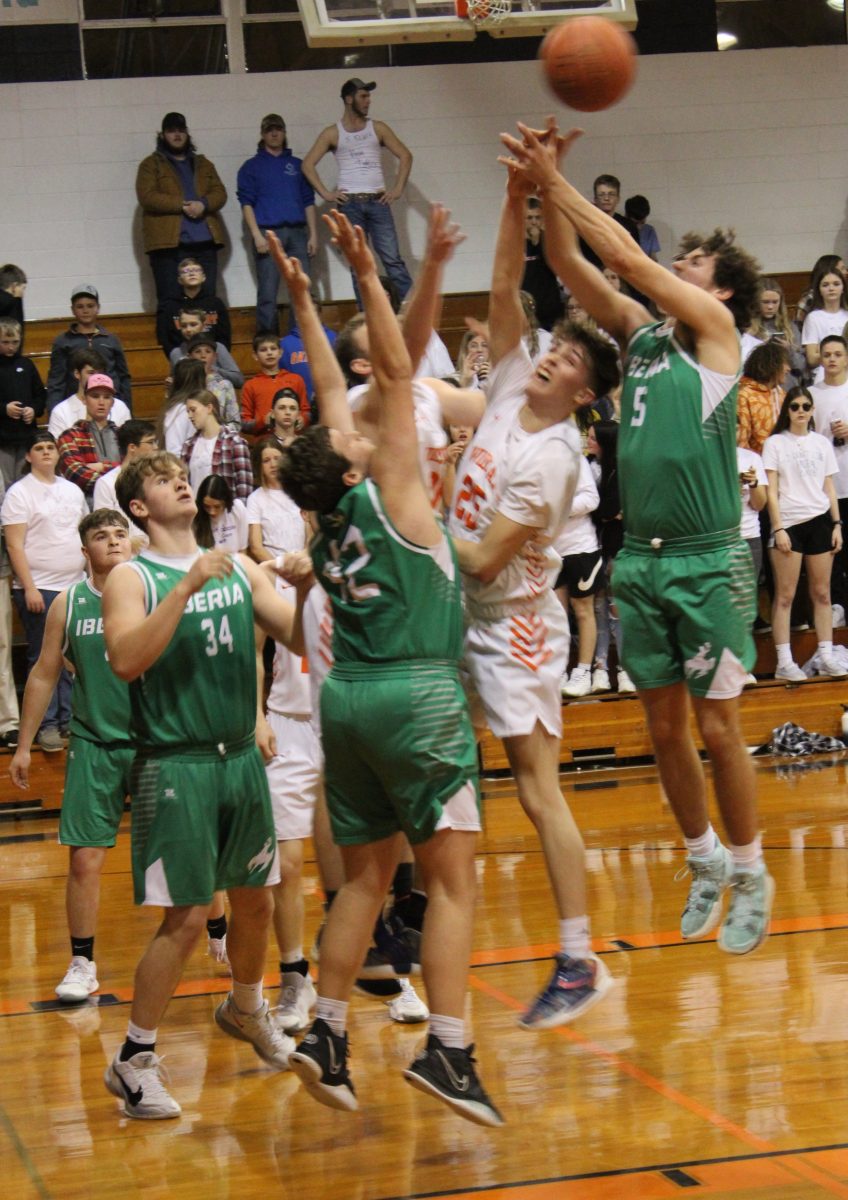 The Homecoming game started as a close contest, but the Licking Wildcats were firmly in control by the end, winning 86-50 over the Iberia Rangers.

After a 15-16 score at the end of the first quarter, the Wildcats caught fire and outscored the Rangers 28-13 in the second. Halftime did nothing to cool them down, as they outpaced Iberia 32-14 in the third, taking a 75-43 lead into the final quarter, with scoring again favoring Licking, 11-7. This raised Licking’s record to 8-7, 4-0 in the conference.

Keyton Cook led scoring with 23 points and 4 rebounds. Also in double figures were Austin James with 15 points, 5 rebounds, 5 assists and 4 steals, and Cole Wallace with 10 points, 3 rebounds, 5 assists and 5 steals. Austin Stephens scored 8 points with 4 rebounds; Carter Sullins had 6 points and 3 assists; Connor McLeod put in 6 points with 6 rebounds; Chris Bartling also hit for 6 points with 7 rebounds and 2 assists; JB Huff and Nicky Hood each had 5 points; and Cade Richards connected for 2 points. 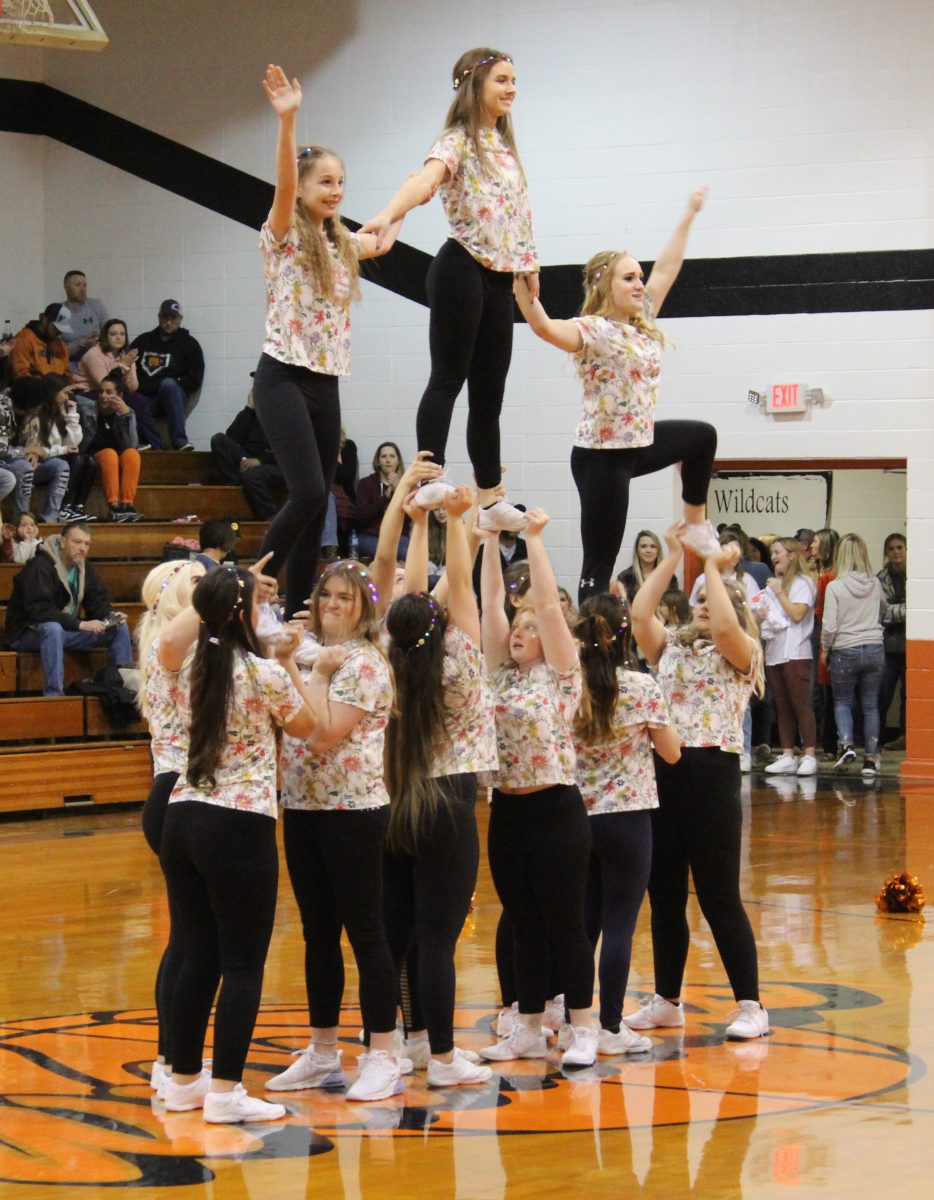 Photo by Shari Harris
The LHS Cheer Squad treated spectators to a half-time show at the Homecoming Game.

Three point shots were an advantage for Licking, scoring 12/34 compared to Iberia’s 3/11. Licking was also hot from the free throw line, making 14/17. Steals and turnovers also were significantly in favor of the Wildcats, with only 9 turnovers and 16 steals. Iberia had 24 turnovers with only 5 steals.

“We were able to speed the game up after the first quarter and that worked to our advantage. They are short players because of injury and sickness, and we were able to play the style of game we wanted.  It was a fun game and a big crowd in the gym. The Homecoming ceremony and the town coming out to cheer us on gave us a big boost and it was an overall great night to be a Wildcat.” – Coach Mike Phillips 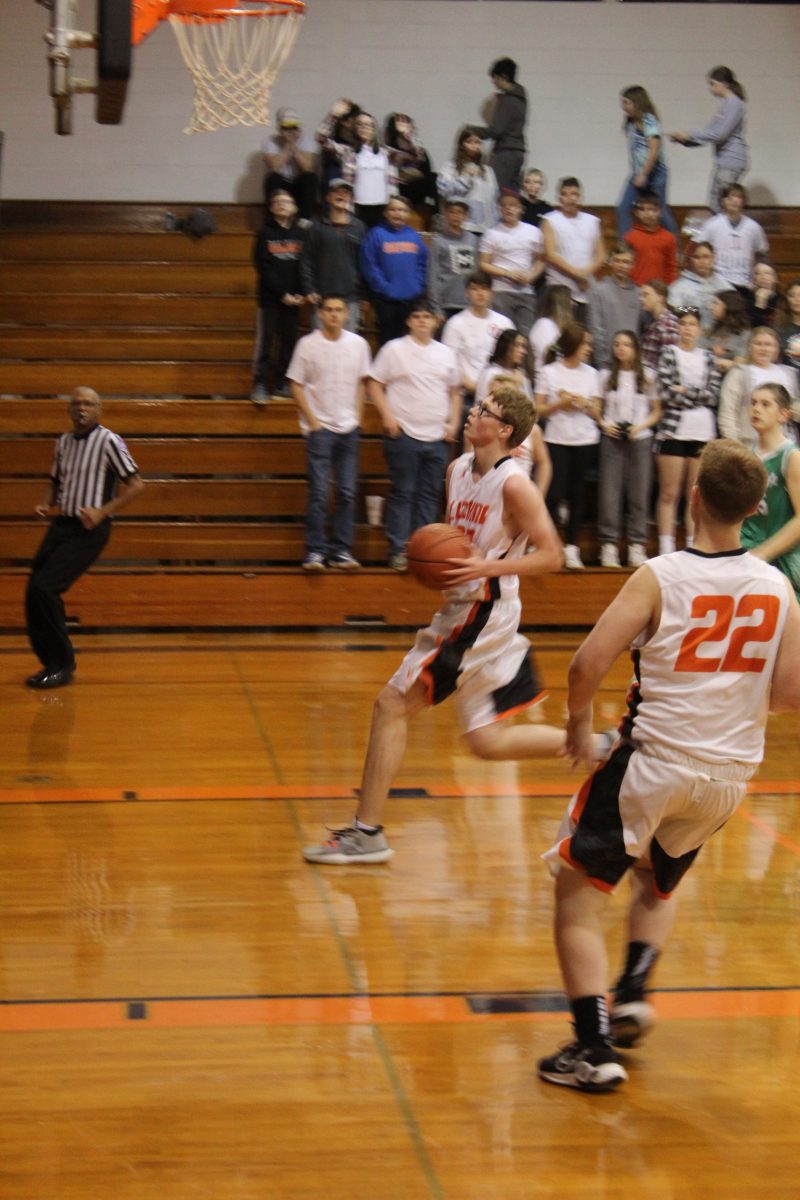 Photo by Shari Harris
Sophomore Gaige Nicholson takes it to the hoop against Iberia.

The Junior Varsity played a half game due to the Homecoming festivities, and outscored the Rangers 32-20.

Licking traveled to Mountain Grove Tuesday, January 11, for a tough game on the Panther’s home court. The visiting Wildcats came out on the low end of the score, 74-90.

Mtn. Grove took an early 21-15 lead at the end of one. Licking stayed nearly even with scoring in the second quarter, with the Panthers only increasing the gap by three, going into halftime with a 43-34 lead over the Wildcats.

The Panthers outscored Licking in the third quarter 29-18. A four point advantage in the fourth was too little, too late for the Wildcats, who dropped to 7-7 on the season, 3-0 in conference play. Mtn. Grove increased their record to 7-6 and Panther Kaden Bruce led all scoring with 40 points.

By the numbers, Licking showed improvement in rebounds, with 36 to Mountain Grove’s 33. But three-point shooting was cold, with Wildcat shooters only connecting with 6 of 25 attempts.

“We turned it over 19 times in the first half and was only down by 9. I felt like we took better care of the ball in the second half, but we couldn’t hit a shot when we needed to. We cut the lead to 5 and then we went cold from the field. We had too many fouls again tonight, so hopefully that is an easy fix for us and we can cut down some turnovers next game. I feel like we aren’t too far from being the team we want to be. Just some fine tuning and we will be an exciting team to watch the rest of the year.” – Coach Mike Phillips