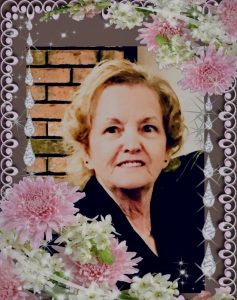 Judy Leanna (York) Brown suffered from Alzheimer’s Disease for many years but was finally set free from this disease. Judy went to be with Jesus on January 28, 2022, at 78 years of age, while living in a nursing home facility in St. Charles, Mo.

Judy was born of the union of Joe York and Nora Conley on June 30, 1943. She is survived and loved by her former husband and step-father of her children, Dan Bedwell, of Houston, Mo.; her children, Tammy (Gombert) Kirkman and her husband, Joe, of Houston, Mo., Randy Gombert of Morley, Iowa, Larry Brown, Jr. and his wife, Vickie, of Houston, Mo., Melissa (Brown) Fischer and her husband, Kevin, of St. Charles, Mo.; she is also survived by her grandchildren, Laura (Crane) Witt, of St. Louis, Kristen Brown, of Saint Peters, Billy Joe Crane, of Summersville, Charity Cornett, of Lebanon and Caleb Williams of Saint Charles. Additionally, she is survived by several great grandchildren; a brother, Joe York of Raymondville; a sister, Marie Small of Rolla; and several nieces and nephews.

In 1959, she was united in marriage with Jon Gombert. The marriage ended with a tragic car accident in which Jon did not survive.

In 1963, she was united in marriage with Larry Brown, Sr. of Houston, Mo. The marriage ended with Larry’s life being lost in an unfortunate hunting accident.

Judy is preceded in death by her mother and father; a daughter, Stacey Brown, in which a devastating car accident took her life; three sisters, Ruby Howard, Fern Mitchell and Madine Scantlin; and two infant grandchildren, Stacey and Zachary Williams.

Judy lived a life of caring for others. She worked 20-plus years for Missouri Home Care as a Home Health Aide. She enjoyed flowers and watching them grow, having had quite the green thumb. She loved caring for indoor and outdoor plants. She loved dolls and angels. She loved to sing. She even sang within in the nursing home and was able to remember every word of songs that she had learned in church.

More than anything she was devoted to and loved her family. She was a strong person that had to face many adversities and loss in her life. Judy always depended upon God to get her through and even in her confusion while in the nursing home she asked the Lord to help her. “Dear Lord help me,” being her repetitive words.

In lieu of flowers, memorials may be made to Alzheimer’s Association Greater Missouri Chapter. Online condolences may be expressed at www.evansfh.com.