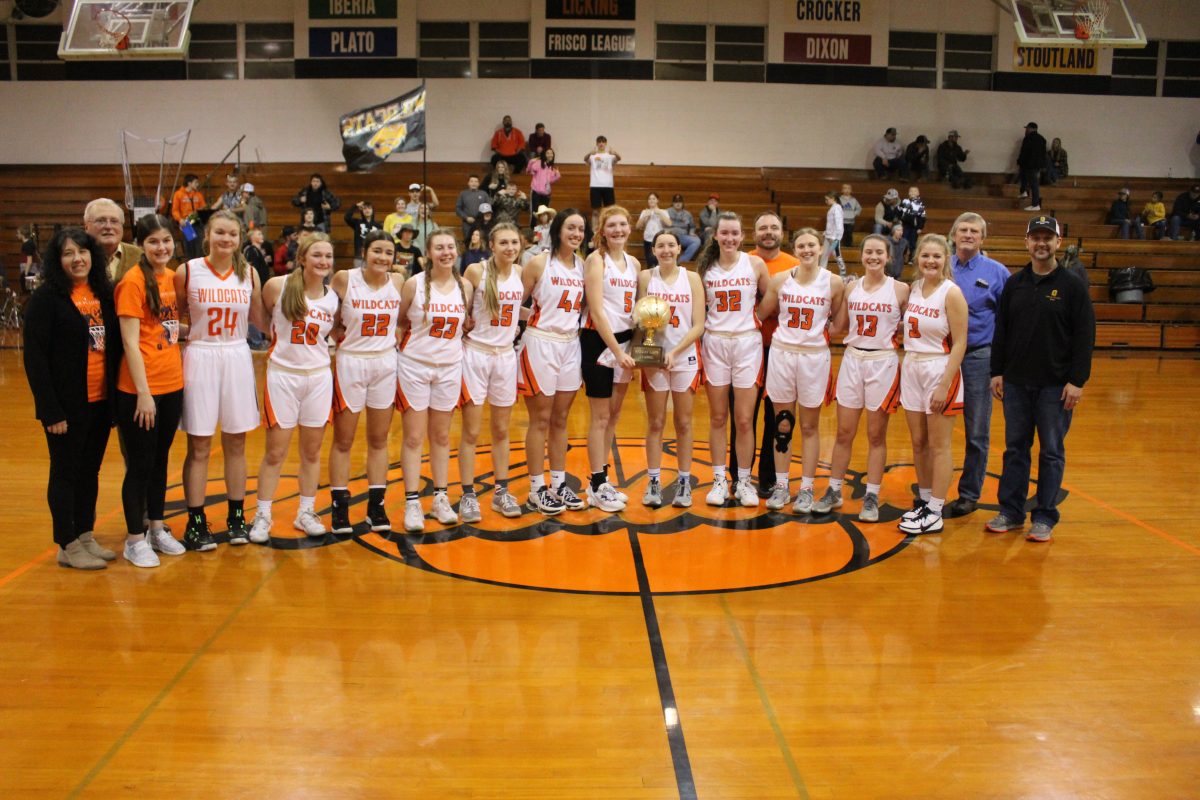 The Licking Lady Wildcats played the girls’ half of the Big Cat Classic games Tuesday, January 25, in a home contest and kept the trophy for another year, defeating the Salem Tigers 72-49.

Junior varsity started the evening with a half-game and nearly shut out the JV Tigers, 27-4.

The varsity Lady ‘Cats rolled to a 31-20 first half lead, and carried their momentum through the second, outscoring Salem by 23 points in the game.

This game followed a Monday night conference game with Crocker. Both varsity and JV scored conference wins, with JV playing a half game.

The varsity Lady ‘Cats jumped out to an early lead, with a 23-7 score at the end of one. They left no doubt as they defeated the Lions 70-46.

The Lady ‘Cats initially had no games scheduled for the end of the week, then an Ava game fell through, but quick planning resulted in a St. James rematch Thursday evening.

Class 4 State-ranked St. James fell to the Class 3 number 5 ranked Lady ‘Cats in their previous matchup January 10, but were able to pull out the win this time, 56-50. The loss dropped the Lady ‘Cats’ record to 16-4 on the season.

Monday night started a new week for the ladies, and they hosted Steelville.

JV kept up their winning ways and started the evening outpacing Steelville 44-29.

Varsity made it a double, winning 61-37 in the second game of the evening.