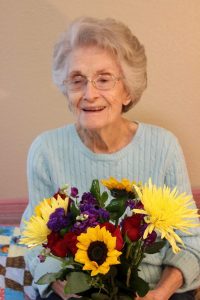 Margaret married the love of her life, Edward Decker, on November 7, 1950, in Mountain Home, Ark. They were married for 56 years until Ed passed away on September 30, 2007.

Margaret spent many years as the secretary and bookkeeper for the Superintendent of Licking Schools. Later she became secretary for the elementary school principal. She enjoyed spending time on the farm, working in her garden, serving her church, reading and making sweet treats for friends and family.

Margaret was preceded in death by her parents, Lloyd and Vera Howell West; and her brother, Earl Wayne.